CHARLESTON, W.Va. (AP) — Jason Arnie Owens helped carry his father’s casket to the hearse, then turned to embrace a relative. He never made it to the cemetery.

As mourners gathered outside a northern West Virginia funeral home on Aug. 24, two plainclothes officers with a fugitive warrant swooped in from separate vehicles, called Owens' name and shot him dead, spattering his 18-year-old son's shirt with blood as horrified loved ones looked.

"There was no warning whatsoever,” family friend Cassandra Whitecotton said.

Brazen employees of the government, posing as plain-clothes officers, blew away Jason Owens seconds after shouting his name. As this young father's flesh was penetrated by bullets from different directions, his bodily remnants sprayed his horrified 18-year-old.

If these were indeed U.S Marshalls, they weren’t hindered by making an appropriate I.D., they figured, fuck it, if he responds to our shouts then we’ll light his ass up.

Owens would’ve identified as a white male, so, this story will be expedited down the memory hole toot sweet. Had the alleged perp been black, they’d have texted him to turn himself in at his earliest convenience.

We wrote plenty regarding “jogging while black”, Amad Arbury, and an open and shut case of self-defense for the McMichael duo. There was zero chance that these guys were guilty.

The incident occurred after a string of burglaries around the area, and for this reason alone, the father and son felt obligated to confront the stranger.

Arbury quickly became agitated and attacked the younger McMichael after finding himself stumbling for answers to routine questions. As Arbury was assaulting Travis, he attempted to wrestle McMichael’s gun away and most likely turn it on him.

Like many Americans with a job and kids, I never realized that on Feb. 2nd, Travis and Gregory McMichael were eviscerated by Judge Lisa Godey Wood. This is egregious and a total affront to justice; how anyone with access to the evidence could see anything other than self-defense is surreal.

Below are excerpts from an earlier article

There was a crime unfolding, not about an innocent black jogger, hunted down and snuffed out like a feral cat, but rather, a father and son who were desperately attempting to quell a recent rash of burglaries in their neighborhood.

As the two generations of McMichael’s were asking Arbury, the supposed black jogger wearing boots, to stop and answer some questions, Arbury charged the younger McMichael from over twenty feet away.

Arbury, on probation for toting a firearm to a school event and stealing a TV, was a suspect(caught on video surveillance) in a recent rash of neighborhood burglaries.

The two men, stationary and from the immediate vicinity of their truck,  continued to call for Arbury when he suddenly charged the son and began pummeling him, and attempted to take his shotgun. At this point, the gun emptied three shots, killing the attacker.

However, February 2nd came and went with hardly a sound as father and son were dealt an ultimate travesty of justice, sacrificed to the gods of toxic anti-white culture. Why are there no politicians, celebrities, sports moguls, or anyone to rebuke this outcome? 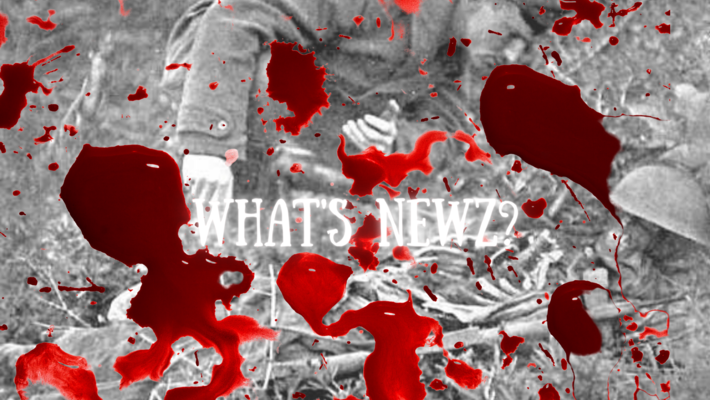 Execution on the streets!

Burbia commented on Doc Vega's blog post Who Are they?
8 hours ago

"Ashkenazi Zionist (Not genetically Hebrew) Moloch worship  "...I know about the slander…"
12 hours ago