Typically, the only compelling news we seem to get anymore is a photo layout of what an older actress looks like in a bikini, what some movie star is wearing on Emmy Awards night, or how great the worst president in US history (Joe Biden) is doing. Even though for the last 4 years scientists have voiced concern and produced shocking data over the volcano presently erupting at La Palma Island in the Canary Island Group that could result in causing a mega tsunami! Perhaps the largest such event in recorded history.

Currently, much like Mt. St. Helen's whose cone was ravaged by a landslide as the once dormant volcano massively erupted, the Canary Island volcano seems headed on a path of a massive landslide that would send one side of the peak crashing into the ocean at 220 miles per hour tumbling into the ocean floor. When that happens, a powerful tidal wave would be generated that would send out enough energy for a 900 foot wave to make landfall 4,000 miles away on the Eastern seaboard of the US! 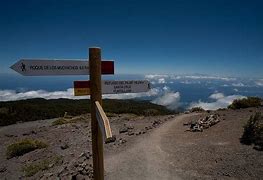 Either the entire coast from Washington DC southward to Florida would be vulnerable or could actually be hit simultaneously. The wall of water would submerge the southern tip of Florida and proceed to the shores of Texas where sections of the gulf coast closer to Mexico would also be impacted. 100 million people would be in the path of this event in the US alone with all major coastal cities of the east threatened by the massive wall of water. 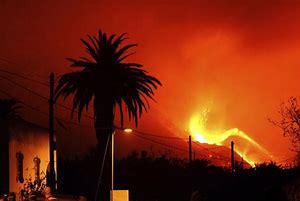 What actions of volcanism are being observed on La Palma that would lead scientists to arrive at such worrisome conclusions? So far 4,200 earth quakes have been recently recorded on the Island of La Palma. There is a fault line that runs through the island effectively dividing it in half. One can actually walk along the fracture above the fault line which is 4 feet in depth or more in some places. 10,000 residents have already been evacuated with another 20 thousand to be next. While 40 thousand more people stand in peril if a massive St. Helen's type of eruption collapses the cone and sends a landslide into the ocean. So far, 7 active lava vents are spewing magma onto the land mass. They are new. They are not older re-opened lava vents indicating a building super event! As are all of the Canary Islands, they originated from seamounts or underwater volcanoes with the newest of them, La Palma, having emerged 4 million years ago. 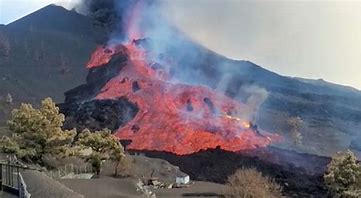 What can be done? It would be advisable for those who can plan ahead to take cover further inland and stay with family or rent. For those who cannot afford to temporarily evacuate until the situation subsides, they would need to be vigilant and remain alert as if the collapse of the volcano occurs, it would take 6 to 7 hours for the tsunami to travel the 4,000 mile distance from the Spanish coast to the shores of the Eastern Seaboard and all of the heavily populated cities there. The truth is with even a certain number of people relocating ahead of the event, the streets and highways would be so clogged with grid lock that many thousands would be caught by the catastrophe before they could get far enough away. So, is the reason the major news networks are seemingly lackadaisical over coverage is that they don’t want to ignite a mass panic? Really? Or, could it be that they’ve been instructed as part of the rogue federal government to downplay the event and allow for massive depopulation? Could this crisis be part of the birth pains described in the Bible as part of the "End Times"? 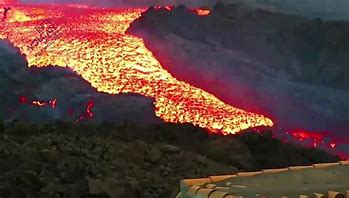 Doc doc doc Have U no sense of SARCASTICISMS, what group is always in all ways demonizing trumpy bear( orange man bad) and us white folks(white supreme pizzas) take your pick ie adl blm fbi  every unfkngrateful  fkn mutt that has landed here with their fkn gimmee hand out feels entitled to BITE THE HAND THAT FEEDS THEM is who I was Jabbing at.

Steve, I hope you're being sarcastic about "Orange Man" how could he be responsible but then again I think you're aiming at the left where that arrow should be going. Yes, this is scary shit to see that grid pattern of magma hot spots. That is not natural!. Thanks for your comment.

This has to be the work of orange man bad or those whyte supreme pizza guys, check out this earthquake GRID at Lapalma.

I don't know if you can talk about that stuff volcanos, earthquakes or even meteorites that may affect us in some way. They wouldn't worry about panic they would find that humorous it would spoil the big V. focus though utmost at the foreground of urgency so natural catastrophes do go back burner. Put way in the background but just enough to be useful for its own distraction to the serious threat and there's a race against time. The fights on - world government Verses God. Times now to choose a side and be asking God for wisdom.

Revelation 8: 8 And the second angel sounded, and as it were a great mountain burning with fire was cast into the sea: and the third part of the sea became blood;

"Ashkenazi Zionist (Not genetically Hebrew) Moloch worship  "...I know about the slander…"
2 hours ago