Why do President Obama and the White House want a Syrian war so badly? 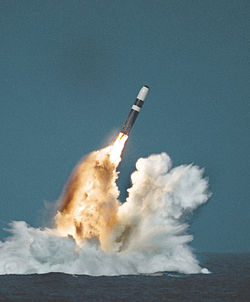 Why does it seem that the US under the personal direction of our President Obama with the bungling support of our Secretary of State, John Kerry? Currently America is under a national debt crisis, a floundering economy with 1.8% growth if that’s what you want to call it, and we are suffering from a lack of credibility in the eyes of the world. After having 20 US consulates burned and destroyed across North Africa and the Middle East after the Benghazi attacks without retaliation or capture of the perpetrators to boot, this nation looks more impotent than it has ever appeared in the eyes of the international community.

I seem to remember that just a few weeks ago that the rebels fighting the Assad Regime in Syria had deployed nerve gas that had killed 150 people. A recent visit by a United Nations team that had been turned back by attacks initially did arrive at a conclusion that more reported symptoms by Syrian residents were the likely result of more nerve gas being used though they were unable to identify which side had deployed it. We know that the rebels are made up of Al Qaida operatives that are aligned against the US, yet we have been supporting them.

Just before the death of Ambassador Stevens, we know that he was acting as a regional arms dealer running a Fast and Furious type of operation against Syria across Turkish territory even moving missiles to Syria for rebel forces. We know that these rebels have been conducting a campaign of torture and murder against Christians in Syria. The slaughter has been going on for some time. It is quite apparent that the White House is not declaring war on Syria over the slaughter of Christians.

We now have 4 US destroyers off the shore of Syria with at least one carrier group in the gulf now. Despite warnings by Vladimir Putin of Russia not to attack Syria, despite threats from Iran that it will enter the war and even attack Israel, despite the fact that an unstable situation exists in both Egypt and Libya, our President is posturing for a cruise missile launch against targets in Syria.

In essence, the Middle East is a hornets nest waiting to erupt, America is weak economically, militarily, and our foreign affairs status are at an all-time low, President Obama feels that he can, once again, by-pass Congressional approval as required in our US Constitution to order American forces into harm’s way against foreign nations. This he did against Libya. Take a look at Libya today, a haven for terrorist groups! What was our objective in Libya? Please tell me! What did the outcome bring to the American people?

Decades ago Robert Welch, founder of the John Birch Society, predicted the downfall of the United States in 1958 sighting continual military engagements abroad as just one of many ways that America would be intentionally weakened from within by its own government to the point of economic ruin. This sabotage of America he defined as being a product of Communism and influence of the New World Order. Robert Welch was visionary in what he foresaw as the fate of this country just take a look at what is happening now!

America supposedly enters into international conflicts in the name of stopping atrocities being committed through-out the world, right? When African nations commit genocide and warring tribes actually use machetes to hack pregnant women to death, do we intervene? When Christians are persecuted and murdered by the hundreds in North Africa and Syria, do we invade? When Russia attacked Georgia in the Eastern Bloc did we make a move to save the beleaguered citizens of that nation? Yet, we selectively enforce human rights violations just because there is sketchy evidence that one or both factions in Syria have used nerve gas to kill civilians there. Does this now justify US military involvement while threatening to destabilize the entire Middle East and North Africa in our present over extended state?

Perhaps this all boils down to President Obama’s flagging numbers on the economy and unemployment. Maybe the White House feels that an all-out war is a great way to remedy the failing domestic leadership of the Obama administration. What a great and dramatic way to distract the attention of the American public by starting a war. Now that should shake up the people enough to stop them from blaming the President’s failed economic policies when the white knuckle drama of a huge regional war that might break out thanks to a president who needs a major distraction to get the people off his back! When under fire for your inept and irresponsible leadership start a war, by golly!

When you just can’t get respect

Already the President has drawn the redline upon North Korea, who has continued their nuclear program, Iran, who has ignored US sanctions and continued their nuclear testing to weaponize their atomic research. The President has been humiliated by the refusal of nations like Hong Kong, China, and Russia to hand over whistle blower, Edward Snowden. Now the president risks his further humiliation in the eyes of the world based upon how he handles the Syrian debacle.

When pride precedes the fall

Could it be that our stumbling President could actually threaten the lives of millions of Americans, our armed forces personnel, and the stability of the Middle East simply to save face? Could President Obama be so arrogant and insecure over the way he is perceived by the international community that he would haphazardly enter a foreign war with no clear objective. What can we hope to achieve by launching cruise missiles at Syrian targets? Will lives be saved? Will the Syrians suddenly change their minds and turn into good guys? Will a desperate administration that is failing on all fronts wage a war that could quickly cripple the US economically and cause ominous repercussions in the Middle East, just to distract the public from their failures? Worse yet, will a pointless and costly war simply bring more anti-American sentiment about and encourage more terrorist attacks on US soil?

Think about it Mister President. Put aside your fragile ego. Quit spending tax-payers money campaigning to Junior Colleges to impress the inexperienced minds of young adults who blindly idolize the most destructive presidency ever when the people question your motives. If you are going to draw the redline Mister President make sure that you know who, what, and why the use of force is justified. We know that the lives of 4 Americans weren’t that important to you in Benghazi, especially in an election year, but Mister President, your fragile ego will affect millions of lives this time. Maybe it’s time to reconsider.