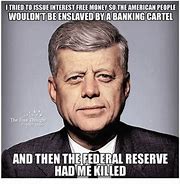 If one cares to track just how the Federal Reserve has affected the socioeconomic condition of America as well as the international makeup of the world they should consult history. There they will find a shrinking US dollar to begin with. It is not that goods are becoming more expensive it’s that the buying power of an FRN is continually diminishing. How is that happening? By printing currency that has no gold standard or tangible assets to back it means that the Federal Reserve Note (US Dollar) is simply an instrument of debt. It represents nothing of actual value.

Over the years thanks to the incessant printing of money not backed by a gold standard that is circulated into the system by the US Treasury according to the reported requirements to run the federal government and not according to the money that is taken in from taxes of all kinds that are assessed against the income of Americans, companies, corporations, and foreign entities. This revenue is applied to a growing deficit that has been financed and the interest it costs. Which has been created by the greed and fiscal mismanagement of the Federal Government. Each year billions more dollars are needed not only to pay off the government expenditures, but the interest being paid for Treasury Bills sold to foreign nations to finance US debt and then there is the interest charged by the Federal Reserve for the US credit created from thin air that’s authorized by printing more Federal Reserve Notes (US dollars).

The same purchasing power for goods in the 1920’s of a single US dollar compared to today’s buying power would not even be pennies. With an inflated value of $218.00 this does not represent purchasing power it represents loss of value! This loss of purchasing power is the price of allowing a foreign entity that thrives on the debt it creates to manage the US money supply and the credit that banks loan, and the flawed system of fractional lending they use. Moving liabilities to the asset column is not a measure of true worth or liquidity. Liquidity represents cash on hand and most banks maintain 10% of all cash on hand which is lent out to custumers under the illusion that it’s the bank’s money when in reality it’s not. It is the money belonging to other depositors. Their money in turn is invested and speculated with. Being part of the Federal Reserve makes these banks a willing party to the greater illusion of substantiality when it is merely a small piece of the puzzle of a much larger scheme.

During 8 years of the Obama Administration the Federal Reserve made a political decision with the US monetary system and that was to float the US economy on zero interest. This allowed Federal Reserve Chairman Bernanke to try and spend the US economy out of its mathematically impossible devaluation of the FRN and like a rubber band to simply stretch the illusionary US dollar viability while the US government out grew the size of the entire private sector output of America’s industry (Gross National Product) at the time 14.5 trillion.  But, the cost to operate the US Government under the Obama White House grew to over 15.2 trillion. This was the first time that the federal government’s cost of operation out grew the largest individual private nation output in the entire world- the United States of America.

It will be the fiscal collapse of all nations enabled by their very own government who have created welfare states that outpace the ability of these countries to produce revenue through taxation and trade. The collapse of several members of the EU and resultant bail outs are evidence of the economic entropy that is metastasizing throughout the world. Countries like Greece, Spain, Latvia, Hungary, Cyprus, Ireland, and Portugal are but portholes into the foreseeable future under the flawed economic model of welfare state expansion and out of control government spending used for political purpose. America is just as guilty thanks to the events of 1913 and the Revenue Act which enabled the resurrection of the Central Bank or the Federal Reserve. This and Income Taxes are perhaps the most insidious hoaxes ever perpetrated upon the American citizen and our complete economic system. Sadly, it will probably end in chaos and a planned iron fisted intervention by the Federal Government along with a worldwide united military effort to impose martial law in the wake of the collapse. Already the Social Security System of the US will run out of money in less than 2 decades, drowning under the weight of unsecured debt obligations or unfunded debt liabilities. The exponential rise of compounded interest as the government continues to spend way beyond its means and refuses to downsize will be the death knell of not only the US economy but the international markets as well. It It is comparable to a fission chain reaction reaching critical mass once enough atoms have split!

The new boss same as the old boss

Prior to 1776 the 13 Colonies of the new world under the King George British government were getting robbed 2 ways. First, they were being taxed for all goods and products they made by the Royal Crown. Secondly, they were forced to use British currency which was financed by the European banking cartel families. It was they who determined money supply, credit, and the rates charged for it! American colonists therefore had no control over their own currency and were paying inflated rates for their own trade, credit, and goods while also under the regulation and military presence of King George and his empire. Today, America and the world bows to a different ruler. The private cartel of families who own and manage the Federal Reserve and are forced to rely upon a powerful fiscal oppression that lends them money that it creates from thin air than can actually cause default and resulting in loss of private ownership along with control of their nation.

Agents of the Federal Reserve have vast powers to intervene militarily or covertly! Many false flag operations have resulted in assassinations, over throws, and the establishment of government that is Communistic and oppressive in order to uphold this order of controlled banking using their intentionally deceptive system of valuation and risk. It is completely within the best interests of the international banking cartel to create chaos, market upheaval, and volatility in order to continually reaping greater profits and influence. Once the mathematical critical mass of currency devaluation has become unmanageable the resulting collapse will usher in their defining moment, a power grab that will render the world into a prison planet of controlled, totalitarian intervention and draconian rule. If the masses continue to remain compliant, uninformed, and governments maintain status quo, this dreaded sequel of events will go into action and mankind will be lost to the failures of human history on an unprecedented scale! The persuasive use of propaganda has indoctrinated many to unwittingly deny such a possibility exists! Diana you are well informed and yes G. Edward Griffin we are all in debt to for his diligence!

Freddy's Cat I di not mean to imply you were sarcastic at all. I would hate for any of this to happen but our leaders and the banksters are fucking greedy idiots!

Doc Vega I'm well aware the Federal Reserve is not federal (The Creature From Jekyll Island), that's why I posted Thomas Jefferson's quote...he was absolutely correct.

Diana the Federal Reserve lies about being a US federal government entity when they are a foreign private corporation! They were talking a few months ago about having 3 trillion in equity due to the zero interest money they propped up the anemic Obama economy with that needed to be paid for so they will try and wreck Trump's economic accomplishments by increasing the interest they're charging to line their pockets and they could easily tank the economy doing it!

Fat Freddy's Cat I do not wish any of this to happen simply to prove my point but the continued idiocy of the federal government's spending beginning with LBY and forward with no balanced budget amendments and no mention by Congress to reduce unnecessary government bureaucracy with the exception of Newt Gingrich's Congress and Mitt Romney's proposed plan to eliminate departments and agencies that duplicate the same jobs we are on a collision course with devastating debt disaster!

"I believe that banking institutions are more dangerous to our liberties than standing armies. If the American people ever allow private banks to control the issue of their currency, first by inflation, then by deflation, the banks and corporations that will grow up around [the banks] will deprive the people of all property until their children wake-up homeless on the continent their fathers conquered. The issuing
power should be taken from the banks and restored to the people, to whom it properly belongs."

Daily Con replied to Daily Con's discussion F.William Engdahl: The Murky Foreign Actors Behind US Election Fraud
"The fix was in and has been for a long time. Great job by Engdahl."
3 hours ago