A note from our hospital administrator that I thought made me special until…I told the lady at the 7-11 about this note I had been given from my senior administrator in case I was stopped by police for some reason.  She mentioned she also had one from her boss and the person in line behind me said they also had one.

The site has nothing on me and the punctuation sucks (even for me).

Ok so I realize everyone is getting orders to procure letters like these from their bosses, but why?  Mine wont say and she doesn’t even know!  They are just quickly done letters!

In Utah we have no shelter in place nothing but since I researched everyone is getting these from their bosses nation wide!

At current there is no restriction of movement in Utah so why am I and everyone getting these letters that themselves have no real authenticity to prove them?? 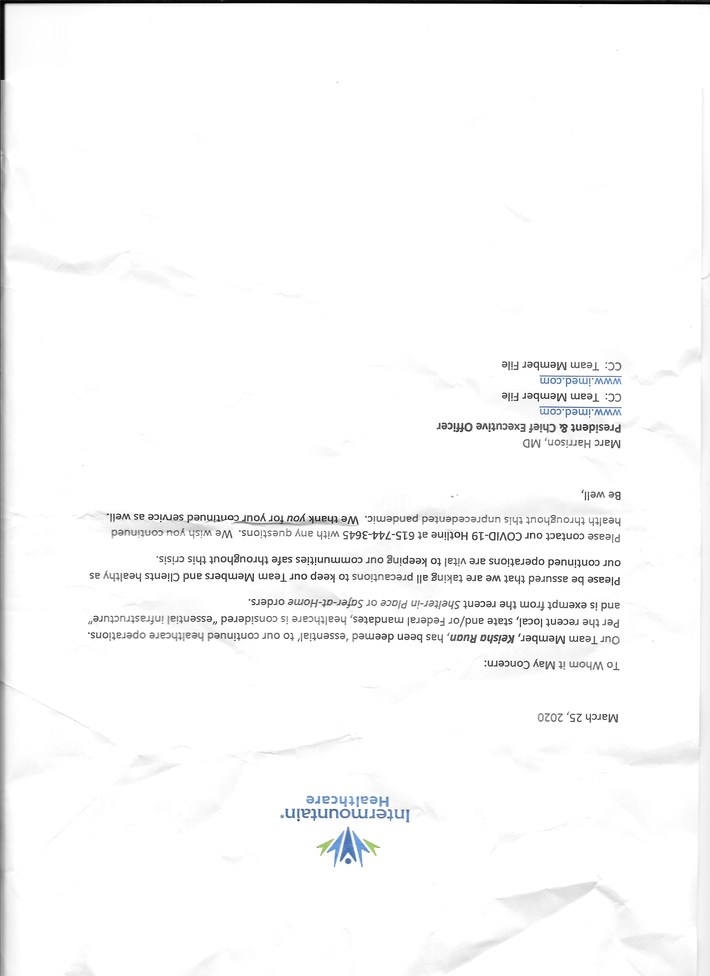 I got one and threw it away. First fool that asks me for papers is getting a surprise.

Fixed it for you. Thanks for posting. 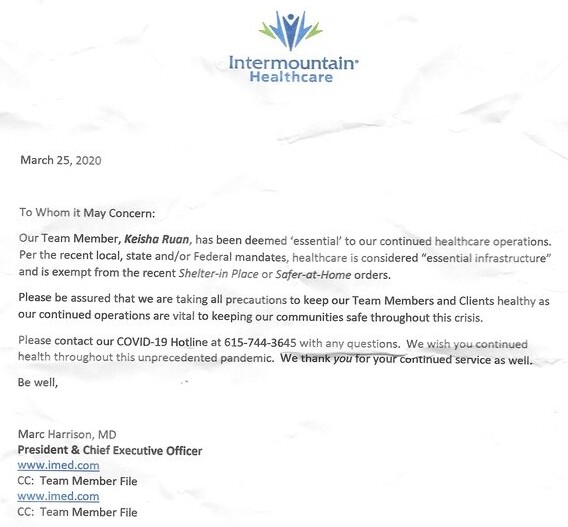 Absolutely, I have received work and travel papers to carry with me at all times and have been deemed an essential worker, I carry out employee support services mostly. My daughter also had to return from distant retreat after her factory called needing all known staff on deck to ramp up manufacturing of products for food and medicine safety processing. ( vital items that prevent spontaneous static electricity combustion )- This was After the big Bayer monster, and a few food companies wrote a letter to the govt. demanding product supply. The factory produces goods for both the international and domestic markets.

Fuck its upside down.  Anyone else getting these from work?

Charlene interviews the Whistleblower of the year, Zach Vorhies! Zach has done what few others have dared to do, tell the truth about Google and Big Tech and...
5 hours ago
1 Comment 1 Favorite

James Roberts commented on stormtruther's blog post Google Drive Takes Down Personal Copy Of "Plandemic" (Thats Fucked!)
"Nothing new. When "digital video recorders" were new, a streaming service went into their…"
7 hours ago

stormtruther commented on Doc Vega's blog post The True Meaning of Memorial Day Part II
"Hey Doc, If you've got anything in particular you want me to post over there like yr poetry or…"
7 hours ago

"That's enough to put the Dallas Cowboys in the basement for sure!"
9 hours ago

Doc Vega commented on Doc Vega's blog post The True Meaning of Memorial Day Part II
"stormtruther That's weird! They used to post a lot of my articles there and now they…"
9 hours ago