Medical Profession Needs To Stay In Its Designated Lane

A meme of a woman on a stretcher being put into an ambulance is captioned “Are You Taking Me To The Hospital?” “No ma'am. You need top medical experts. We're taking you to the comments section”.

But neither should these "experts" be allowed to run roughshod over the rights of individuals.

Also, if the non-medical laymen is to refrain from remarking on medical technicalities, how about medical professionals refrain from upending and destroying an entire social order in the name of a pestilence that while serious is likely not as deadly as propagandists have duped many into believing?

When we are told to "follow the science", what we are also being given is an overwhelming dose of philosophy and policy prescription as well.

Maybe a growing number would not be as leery of medical professionals if the rules were not changed midstream like those scenes in the Hunger Games when it appeared the characters were beginning to get the upper hand.

Might also help if those threatening harsh penalties for disobeying the rules also abided by them as well with their lives and livelihoods brought to the brink of destruction like nearly everybody else.

These creatures dictating the science are power hungry psychopaths.  They make empty promises that they never intend to fulfill to get compliance, once achieved they change the goalposts to grab more power.  They do not think like normal humans and they can never be satisfied. 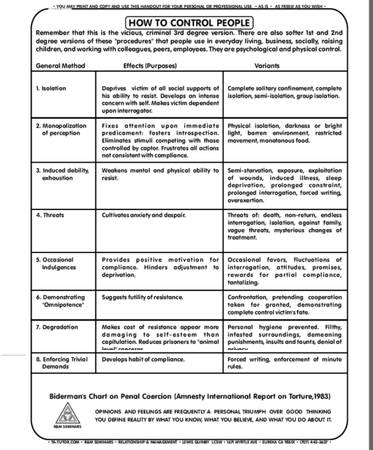 Comment by Chris of the family Masters on January 1, 2021 at 12:29am
So called "COVID" rules are not laws. This my retort to any libtard trying to get me into their psychosis. "Show me the law"!