Sen. Paul appears on CNN's / Holder replies: “The answer is no.”

Attorney General Eric Holder wrote Sen. Rand Paul,R-Ky., to confirm that President Obama does not have the authority to kill an American on U.S. soil in a non-combat situation, Obama’s spokesman announced today.

White House Press Secretary Jay Carney quoted from the letter that Holder sent to Paul today. “Does the president have the authority to use a weaponized drone to kill an American not engaged in combat on an American soil?” Holder wrote, per Carney. “The answer is no.”

Carney added that, “if the United States were under attack, there were an imminent threat,” the president has the authority to protect the country from that assault.

Sen. Lindsey Graham, R-S.C., criticized Paul for posing the question. “I find the question offensive,” he said on the Senate floor this morning.

Maybe it's because Rand is beholden to another... ? Just saying... 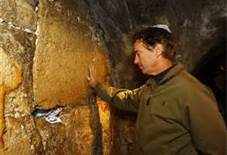 I'm totally with ya DS. I don't trust him either. My belief is that he is grandstanding for the greater good to get a greater seat in Congress. It's hard to live up to his dads name, especially when you damn well put your vote for the scum Romnalien(sigh). Ok... that may sound really cynical but it's hard to trust any of these political wankers anymore ;)