CNN Insider: CNN is A Hoax

There is only ONE Group of “TERRORISTS” in the World today and they are the WAR MONGERING JEWISH CRIMINAL MAFIA.

Now that you are starting to see the Big JEW Picture I want to ask you the following question:

How do you know who the JEWISH CRIMINAL MAFIA “Puppet” Governments are?

How do you know who the JEWISH CRIMINAL MAFIA “Puppet” People are?

The answer is simple:

Guess before you read the answer.

They are both “JEW PUPPETS”

Both get their orders from the CFR and Bilderberg.

Hillary Clinton recently did a World Tour to discuss the upcoming JEW WAR on Iran.

Having first had a TV set in my house since I was 2 years old, I have yet to tune in CNN at home, having heard its jackass braying to out and out lies being called 'news' at various political campaign headquarters. For the past 12 years, democrats' and republicans' leadership has seen to it that even election returns are lies for CNN. Like feeding baby out of a catbox. True abuse.

Let's see, who is at the root of all this death and destruction?

Is it the Jew's is it the Christians, Hindu's   Who?

Oh ya it's the "Religion of Peace" 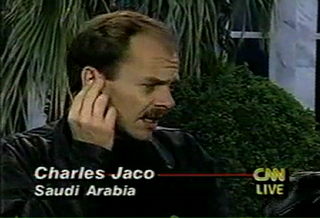 Dont know if its a hoax,definately a joke.

Not to knock her, because I just love her and she's so awesome and all, but we need to hear from someone else besides Amber Lyon on this subject. All they need to do is discredit her...

"Who would want to witness inauguration of a head of crime family...."
12 minutes ago

Central Scrutinizer replied to Chris of the family Masters's discussion Broadcast To The World (Reply)
"ooof... sorry Chris, not my cup 'O tea. I can't deal with a self-righteous,…"
43 minutes ago

Chris of the family Masters commented on Doc Vega's blog post Conservatives Christians and Trump Supporters the New Holocaust Victims
"The people are incredibly confused through their ignorance. President of US means the president of…"
51 minutes ago

Twilight Zone replied to Guardian of Scotland's discussion What is this all about? Smoke coming from behind the Capitol yesterday
"Heard it was a fire at a homeless camp - propane tank."
1 hour ago

Twilight Zone commented on Doc Vega's blog post Conservatives Christians and Trump Supporters the New Holocaust Victims
"The left is built entirely on hate.  It reminds me of the 2 minutes of hate in 1984. …"
1 hour ago

Doc Vega commented on Central Scrutinizer's blog post Press Release: Votes Switched throughout U.S. Presidential Race – Institute for Good Governance
"This is the same information Maria Zack and her team presented and went around to several members…"
2 hours ago

"Ohhh must be the first day of the Nuclear Winter season..... This can't be good here"
2 hours ago