Why Modern Art is Absolute Crap

And why the cancer is spreading to popular culture?

The modern "art" just like the fashion "industry" is just another tool to debase our culture.
Imagine what the remaining people think about us after the big cull and creation of the NWO.
The crimes against us will be made to look justifiable by showing the decadence the usury cabal has force fed to the people.
A big chaos is about to break loose, nations will fall and billions will die.

Selling this crap may well be a way to hide payments for illegal services and goods; prostitution, pedophilia, drugs, corruption etc. No-one in his right mind would pay millions for this worthless "art". There has to be something else behind this all.

Money laundering for child sex trafficking seems to be what modern art has become. Podesta, Alephantis and the spirit cooking lady do not have to go through customs with the modern art crap.

The critique of the "white supremacists" spills its hate over all white people, who mostly have been debt slaves to the usury cabal themselves. Where's the history of the blacks enslaving blacks in Africa and selling slaves to the Jewish slave traders? Where are the cultural, architectural and engineering achievements of the sub-saharan people? What does their cultural enrichment have to offer to the western society, except cultural Marxism and violence?

PJW made reference to the Tate Modern in London, I went there once....never again.

In the UK, public money (taxes) and revenues collected from the National Lottery is put towards 'The Arts' - which seems primarily to be an effort to destroy Britain's culture.

National Galleries Scotland, the National Portrait Gallery, London, and the Heritage Lottery Fund have produced a video in which white people are disparaged as “inbred spawn soon to die out” for an exhibition on ‘Male Gaze’.

Of course the official Scottish National Portrait Gallery video on Youtube, does not allow comments, I wonder why.

So it's deemed acceptable to piss on Alba (Scotland) and it's people and heritage- you know, the country that produced engineers and others that changed the world for the better.

Meanwhile, in Armagh, Northern Ireland, you have this. - http://www.armagh.co.uk/wp-content/uploads/2013/05/NAVAN-BROCHURE-S... 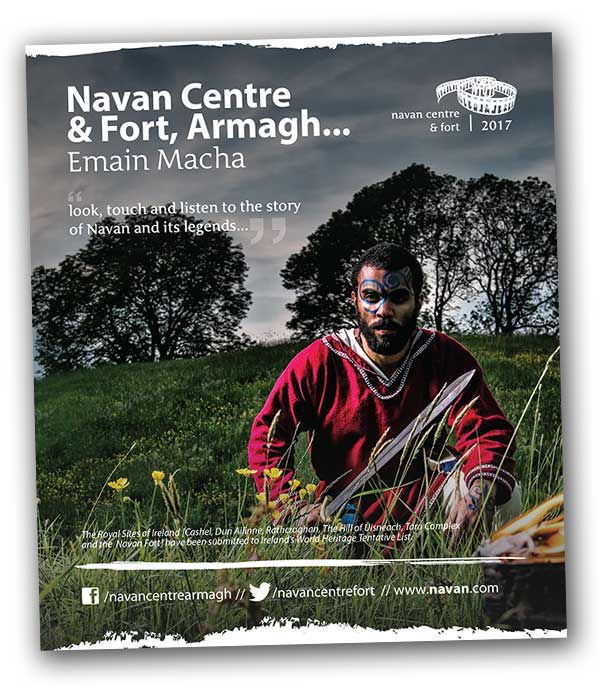 A 2017 brochure for Navan Centre and Fort In Armagh, Northern Ireland.

So either Ulster no longer has any qualified actors of ethnic Celtic stock to portray their own ancestors, or its yet again representative of yet more Cultural Marxist White Genocide BS.

Elephant artist. This is one more proof that the world is bat shit crazy.

It's pathetic and obviously weaponized as you say. Who are the dimwits that actually pay for this crap? Or is it museums that buy it up with public funds to increase the national debt. The usury cabal is taking over everything, and one tool for that is debt, a synonym of death.

If this don't show evil is in its exposed death throws,(12 min.) I don't know what it will take to…See More
9 hours ago
1 Comment 0 Favorites

"....... And may there be many more said the loyal soldier and we'll all be Enriched in…"
yesterday

How Did Late Night TV Get So STUPID?

Watch the member-exclusive portion of the show now on DailyWire+LIKE & SUBSCRIBE for new videos every day. https://bit.ly/3PEAEoqThe national conversation in...
yesterday
0 Comments 0 Favorites

Dance in the Clouds I'm only Dreaming (Edited)