Seymour Hersh: raid which killed Osama Bin Laden in 2011 is “one big lie”

Pulitzer Prize-winning journalist Seymour Hersh says that the raid which killed Osama Bin Laden in 2011 is “one big lie” and that “not one word” of the Obama administration’s narrative on what happened is true.

In a wide-ranging interview published today by the Guardian, Hersh savages the US media for failing to challenge the White House on a whole host of issues, from NSA spying, to drone attacks, to aggression against Syria.

On the subject of the Navy Seal raid that supposedly resulted in the death of the Al-Qaeda terror leader, Hersh remarked, “Nothing’s been done about that story, it’s one big lie, not one word of it is true.”

Hersh added that the Obama administration habitually lies but they continue to do so because the press allows them to get away with it.

“It’s pathetic, they are more than obsequious, they are afraid to pick on this guy [Obama],” Hersh told the Guardian.

The raid that supposedly led to Bin Laden’s death has been shrouded in mystery for over two years. Speculation that the Obama administration may have embellished or outright lied about the true account of what happened has persisted, mainly because the White House has refused to publicly release images of Bin Laden’s body.

Although the White House said the corpse was immediately “buried at sea” in line with Islamic tradition, it quickly emerged that this was not standard practice.

Numerous analysts have claimed that Bin Laden had in fact been dead for years and that the raid on his alleged compound in Pakistan was little more than a stunt.

Other questions also persist, such as why the narrative and timeline of the raid has changed multiple times, why the White House initially claimed that “situation room” photos showed Obama watching the raid live when in fact there was a blackout on the live feed, and whyneighbors in the immediate area surrounding the compound said with absolute certainty that they had never seen Bin Laden and that they knew of no evidence whatsoever to suggest he lived there.

During the rest of the Guardian interview, which is well worth reading in its entirety, Hersh lambastes the corporate press and particularly the New York Times, which he says spends “so much more time carrying water for Obama than I ever thought they would.”

Hersh’s solution is to shut down news networks like NBC and ABC and fire 90% of mainstream editors, replacing them with real journalists who are outsiders and not afraid to speak truth to power.

“The republic’s in trouble, we lie about everything, lying has become the staple,” concluded Hersh.

Paul Joseph Watson is the editor and writer for Infowars.com and Prison Planet.com. He is the author of Order Out Of Chaos. Watson is also a host for Infowars Nightly News.
Check out the member blogs, videos, and discussions http://12160.info/

I never believed it from the beginning.  There were too many "red herrings" in the story.   First, no absolute proof, the picture shown was blurred, distant, or not  reliable as identification.. The immediate burial, I don't ever remember our government conducting a burial at sea for a terrorist. The doctor that was imprisoned, could he verify the real person killed.  It just seemed to easy an assault, all of a sudden they found him? This was a publicity stunt for the liar-in-chief.

Hi Sue :) and everyone..........I love this site and love your fight.       Anyone idiotic to believe official narratives and that's a huge percentage of the population will not survive the coming hard time years...I do recall stories about Navy Seal Team 6 having "suicides" and "accidental deaths" so there is no one to refute the narrative left alive.  And that in itself is damming evidence.  Of course we know that sociopaths are running the show, but killing NST 6 keeps us off balance, confused - and that is just what the monsters want.  Of course we know - we just can't conveniently pull the proof out of our handbag.  But we know. 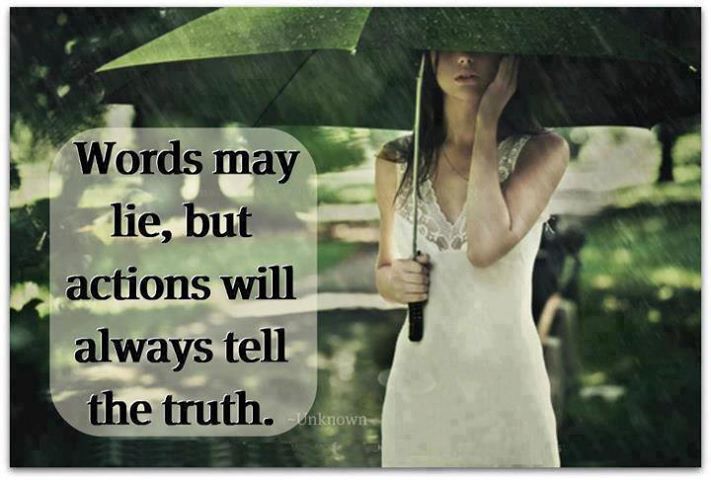 Extortion 17 was no story, it was fact and it happened exactly one month prior to Benghazi and right after the Osama bin Laden take down....Coincidence don't think so.  This was all planned out.  Also, the complete and total disrespect conducted over ST6's bodies and the others in the Chinook helicopter in Afghanistan, horrendous, an Amman cursing the american dead and our military just standing there as though they did not know what was being said.  watch this video:

This event occurred exactly one month before Benghazi.  I actually watched the whole video (its about 3 hours) and was in tears by the end,  I was upset for the rest of day and it still sticks with me on how they treated our american hero's . This had little media exposure.  Mention Extortion 17, and most people will just look at you with a dumb look,,,,,, duh

Watch these Navy SEAL Team VI families and other family members as they reveal the Obama Administrations culpability in death of their sons in the fatal helicopter crash in Afghanistan following the successful raid on bin Laden's compound. This is a powerful and riveting briefing that included some of America's most significant military leaders.

Hersh has it exactly right!  On issue after issue, the msm has abdicated its responsibility, whether that is in regard to 9/11 or the Sandy Hook hoax or the Boston bombing charade or the NSA surveillance.  The second death of Osama is a perfect illustration, when the evidence is so obvious and so blatant that only those willing to ignore the evidence could accept it.

David Ray Griffin, OSAMA BIN LADEN: DEAD OR ALIVE?, has a book about it.  Nick Kollerstrom, expert on the 7/7 London bombings, has an article about it, "Osama bin Laden: 1957-2001", and I have published about it repeatedly.  See "Zero Dark Forty: The deeper, darker truths", http://www.veteranstoday.com/2013/01/26/zero-dark-thirty-the-deeper...

For those who are willing to look further down the government's "rabbit hole", see "9/11: Have we been bamboozled?", http://www.veteranstoday.com/2012/06/29/911-have-we-been-bamboozled-2/ Just don't expect you are going to like the monstrous lies we have been told, which are on a scale that is going to boggle the mind of the average gullible American.

Totally agree. The faked photos of the supposed body that turned out to be a badly photoshopped picture of bin Laden when he was alive. The fate of the SEAL team that took part in the raid, the fake burial at sea to hide the evidence. All these are more proof that the US government are out of control and doing anything they like. The fact that bin Laden has been dead since 2001 as described by Benazir Bhutto in an interview with David Frost, (a revelation which some people suggest led to her death), is in no way contradicted by the bullshit fairytale emanating from O'Bam's corpulent arse.

Again....Did you really believe the osama bin laden capture/take down?   I didn't Remember this government is a facade...What appears to be TRUTH is a LIE and what appears to be a LIE is actually TRUTH! This administration is transparent only in the concept of what THEY want for you to see. QUESTION EVERYTHING!

Permalink Reply by Christella Bernardene Krebs on September 27, 2013 at 2:00pm

He not only made up the whole Bin Laden bit, he also faked  the "death" of Muammar al-Qathafi (who is 100% ALIVE and leads the LIBYAN GREEN RESISTANCE as Supreme Commander)!
The Bin Laden thing was also a coverup for the murder of al-Qatafi's son al-Arab, and 3 of his grandchildren (plus a neighbor) on 30 MAY 2011 at 6PM while the family was having their evening meal---by Divine providence, al-Qathafi ran outside for a few moments to feed the pet deer, or he too might have been deceased on 30 MAY 2011...

Hersh’s solution is to shut down news networks like NBC and ABC and fire 90% of mainstream editors, replacing them with real journalists who are outsiders and not afraid to speak truth to power.

The entire process is bad. Instead of having a semi-permanent press pool that has access to the daily briefings, it should be a daily pool/lottery that includes many hundreds of potential journalists/reporters from all over the country and world. Let them know a day or two before it's their day to ask questions, and this kowtowing to power will end practically overnight. As it stands now, these reporters are fearful that any penetrating or uncomfortable questions can result in their losing their coveted access. If they knew they were going back into the shuffle ANYHOW, they'd be more determined to find the truth and less worried about offending power.

most of us sane americans  that can still think knew all along that osama was dead for a decade and   the govt had to get out from under the osama iie, that they have been perpetuating to steal money from america--wonder how much they stole under that guise ?? my guess is 3-5 trillion with a "T" my friends--

another current fact--pakistan earthquake-a HAARP attack, for Pakistan complaining about drone strikes at the UN, I guarantee it--

another guarantee is if obamacare takes a hit, the govt will get shut down and americans will get the flogging of their lives -financially !

osama didn't die from any bullets, he died of liver disease--in a cave--take that to the bank--ted

Even FOX NEWS reported that he had died on or about 15 December 2001: