Excellent work! The left has made this murdering bastard into T-Shirt legend! I wrote about this asshole a long time ago and I appreciate your perspective! These are the modern day heroes of the Democrats and liberals! 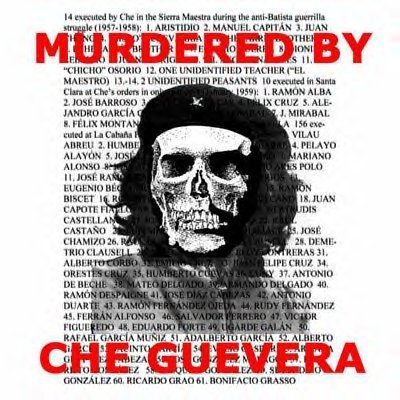 I have no time for those that celebrate this POS

DTOM- Thanks, I noticed that from the picture it is almost impossible to identify the shooter.  If it is Che or not, it represents who he really was, backed by numerous eye-witness accounts.

Che often liked to finish the job with a .45 at five paces, shattering the skull of the condemned. And he liked killing.

Prior to the revolution in Cuba, and shortly after landing in Cuba with Fidel and Raul Castro, Che wrote his wife. In the letter, he said, “”I’m here in Cuba’s hills, alive and thirsting for blood.” Another account has the wording a little different, with Che writing, “â€œHere in the Cuban jungle, alive and bloodthirsty.

Fidel Castro ordered the execution of a peasant guerrilla named Eutimio Guerra who he accused of being an informer for Batista’s forces. Castro assigned the killing to his own bodyguard, Universo Sanchez. To everyone’s surprise, Che Guevara — a lowly rebel soldier/medic at the time (not yet a comandante — volunteered to accompany Sanchez and another soldier to the execution site. The Cuban rebels were glum as they walked slowly down the trail in a torrential thunderstorm. Finally the little group stopped in a clearing.

Sanchez was hesitant, looking around, perhaps looking for an excuse to postpone or call off the execution. Dozens would follow, but this was the first execution of a Castro rebel by Castro’s rebels. Suddenly without warning Che stepped up and fired his pistol into Guerra’s temple. “He went into convulsions for a while and was finally still. Now his belongings were mine.” Che wrote in his Diaries.

Shortly afterwards, Che’s father in Buenos Aires received a letter from his prodigal son. “I’d like to confess, papa’, at that moment I discovered that I really like killing.”

This is being memed as a photo of Che - but it is more likely that it was taken in the 1980-92 San / El Salvador civil war and shows the Marxist-Leninist FMLN (Farabundo Martí National Liberation Front). 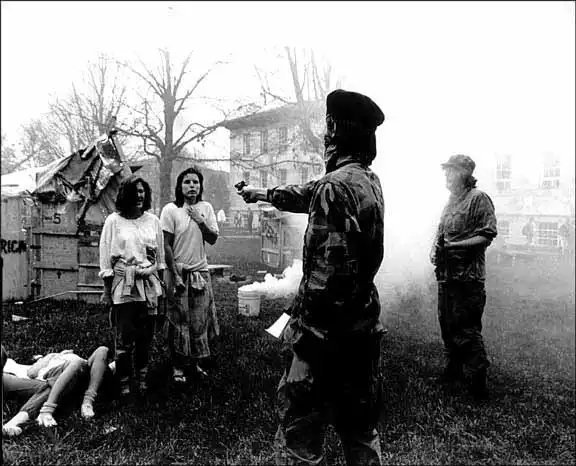 Trying to find a definitive source and absolute confirmation.

James Roberts commented on Central Scrutinizer's status
"Indeed, not that it will make any difference, though."
16 minutes ago

James Roberts commented on Chris of the family Masters's blog post American National Alert and Appeal
"Hitler wasn't a pagan or a satanist, he didn't love war, and he didn't ban guns. Nor…"
18 minutes ago

"Israel doesn't have a constitution. The govt can do whatever it wants."
24 minutes ago

"Even if the "public domain" is privately-owned, they don't have a right to censor.…"
27 minutes ago

Chris of the family Masters left a comment for stormtruther
"Thanks buddy. Is Bananaman back?"
4 hours ago

cheeki kea commented on Chris of the family Masters's blog post American National Alert and Appeal
"True Mr Sis. - It's not a good idea to to show up in public places where gun grabbers eyes are…"
4 hours ago

stormtruther commented on stormtruther's blog post How the Incoherent Theory of Evolution Distorts Our Thinking
"I can't say I'm completely convinced but i have my doubts about evolution, this is good…"
4 hours ago

How the Incoherent Theory of Evolution Distorts Our Thinking

stormtruther favorited Chris of the family Masters's discussion Australia wake up!
5 hours ago