Arab media accuse US, Israel of coronavirus conspiracy against China

One report claimed that it was no coincidence that the coronavirus was largely absent from the US and Israel. 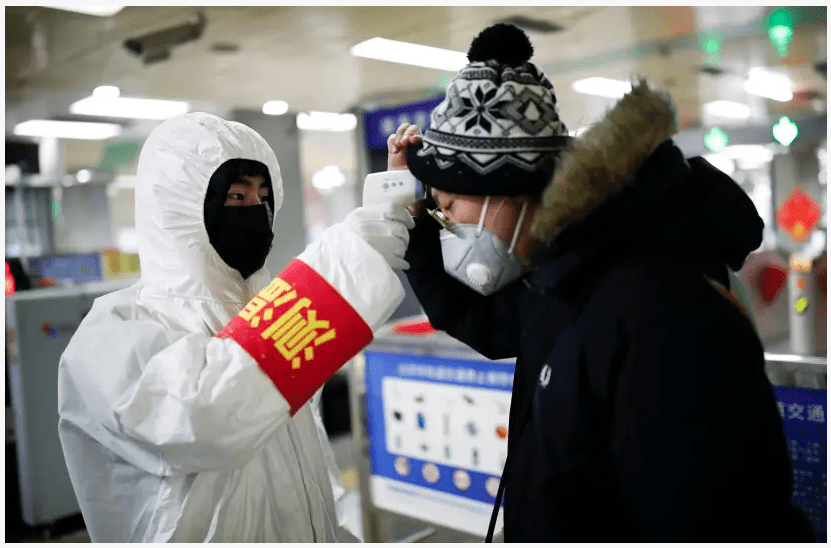 A staff member checks the temperature of a passenger entering a subway station, as the country is hit by an outbreak of the new coronavirus, in Beijing, China January 28, 2020.
(photo credit: CARLOS GARCIA RAWLINS/ REUTERS)

Numerous reports in the Arab press have accused the US and Israel of being behind the creation and spread of the deadly coronavirus as part of an economic and psychological war against China, the Middle East Media Research Institute (MEMRI) reported.

One report in the Saudi daily newspaper Al-Watan claimed that it was no coincidence that the coronavirus was absent from the US and Israel, though this is despite America having 12 confirmed cases at the time of writing.

“A ‘wonder’ virus was discovered yesterday in China; tomorrow it will be discovered in Egypt, but it will not be discovered either today, tomorrow or the day after tomorrow in the US or Israel, nor in poor countries such as Burundi or the Comoro Islands,” the report said.

It also went on to accuse the US and Israel of being behind other outbreaks over the past several years in China and in the Arab world.

“As soon as Egypt announced, a few years ago, that it would rely on poultry [raised in the country], and that it would even export [poultry] abroad – that is, that it no longer needed poultry from the US, France, and so on – [suddenly] there appeared, from underneath the ground, the avian flu virus… with the aim of nipping [Egypt’s economic] awakening in the bud,” the report said.

“Even before this, the same thing was done in China… when in 2003 [the country] announced that it had the [world’s] largest dollar reserves [and] they [the Americans] introduced coronavirus’ cousin, SARS, into [the country].”

At the beginning of February, Syrian daily newspaper Al-Thawra also claimed the coronavirus and other outbreaks were part of a US-China war.

“From Ebola, Zika, SARS, avian flu and swine flu, through anthrax and mad cow disease to the corona[virus] – [all these] deadly viruses were manufactured by the US and threaten to annihilate the peoples of the world,” the report alleged. “[The US] has turned biological warfare into a new type of war, by means of which it intends to change the rules of play and shift the conflict with the peoples [of the world] away from the conventional path.”

A report on the Egyptian news site Vetogate.com built on this theory even more, specifying why Wuhan was supposedly chosen as the epicenter of the current outbreak.

I wouldn't have any problem believeing this. Used to read the Tehran Times regularly. I'd cast a gimlet eye towards Al Jazeera, though. At one time they were valid, but now owned by Qatar if memory serves (a player in the Yemen genocide), and they caved to not running a special on Israeli influence in the US.

If you are going to believe what the Arab press says then you might as well believe that CNN, MSNBC, Vox, ABC, CBS, CNBC, NBC, and CBS as delivering the gospel truth. I'd rather talk to the neighbor's dog myself!

Yes, good comment Burbia, sounds like that could be the smoke behind the mirrors, and where their smoke there's fire.

I am a huge fan of Jim. I have helped to support his site and wish I could give more, but am limited by financial responsibilities.

I started to follow him right around the time of the Fuck you Shima incident... (yes I did that on purpose). He has opened my eyes to many issues. I am ex military and I have always been skeptical of information by the MSM. I was in Iraq many years ago and I was used to help give disinfo to distinguished guests (Secretaries/undersecretaries and some media). I was also privy to photos and info regarding San Fran/ cHILDRENiNaRMS doings. I did not know then, what I know now. Hey Storm T thank you for your posts...

tHAT jIM sTONE KEEPS AN EAR TO THE GROUND

"Here's a mainstream doctor who has got a courage to speak up."
1 hour ago

Central Scrutinizer favorited Phyllis Maka's blog post JUST WHO DOES THIS BASELESS KILLER THINK HE IS???
1 hour ago

Central Scrutinizer commented on James Roberts's blog post Ron Paul: Resistance Building To Coronavirus 'House Arrest' Orders... "It's About Time!"
"Spade a Spade....except when its a Club.... to beat Americans down to submission ⱳסּסּ╦ꜛ"
2 hours ago

"went to get some vodka last night, seems the ABC, now chained off w/ platic chain will now get your…"
4 hours ago