In most towns and counties of the US animal control brings to mind the removal of nuisance animals, clearing the carcasses of road kill, or trapping skunks or raccoons that have made the lives of property owners inconvenient. At times, they might be called out due to a farmer's cows getting out of a fenced in pasture, but in southern Louisiana, animal control takes on a whole new disturbing dimension. Here in the vast, darkened swamps and delta lands where cattlemen make a living, where farmers grow crops, and residents live in secrecy, something lurks in the night.

A dairy farmer contacts animal control officers complaining that some massive predator has taken his calves and brutally killed one of his largest cattle. The man and his family are afraid to stray very far from their house. The man walks around all day carrying his rifle. However, there is more afoot than just this one problematical incident. Land owners all over the area are reporting strange animal behavior. One man is attacked and bitten by his dog who has suddenly become savage. Yet, when animal control arrives the dog is docile, but his owner has climbed onto his roof from the porch, has his gun in hand, and a rag wrapped around his badly bitten arm. Tests show that the dog does not have rabies. What caused a family pet to suddenly become vicious?

In other households in the area people are reporting the unusual behavior of wild animals as well as their domestic pets as well. Animal control officers are called upon to set traps, install game cameras, and alarms in order to find out who or what is responsible! Still, there is another deadly predator that walks on two legs, causes disturbances, and even kills neighbors animals just for pure evil. This deadly species is known as man. Some people in this region are simply lawless and need to be jailed from time to time, and that is a consideration for animal control as well.

Alligators with their heads torn completely off but left alone where as if they had been predated by a larger one, they would have been almost completely devoured, live stock that have been slashed by a predator but not taken, and some people who have vanished, are among the worrisome events that take place. In this region of southern Louisiana are many candidates for these brutal attacks, cougars, black panthers, black bear, alligators, feral hogs, and even large snakes such as boa constrictors, are capable of menacing deeds. Yet, there is most definitely an unnatural series of events that do not correspond to typical conditions.

The French Canadian descendants living in this area claim that Loupe Garou is active here, a werewolf-like creature that has been in their folklore for centuries. The Indians living in the area suspect a Sasquatch-like cryptid lives here and actively predates animals and people. Known by them as a number of different names from "Red Eye" to "Cannibals" from "Creek Devils" to "Wendigo" the Native American does not regard these potentially undiscovered primates as the docile and intelligent monkeys that Jane Goodall devoted her life to studying even though she admits there is a possibility such creatures could exist. These creatures the Indians regard with caution and fear actually refusing to go into areas they deem forbidden because death awaits the trespassed!

Animal control officers are alerted to the discovery of a cell phone found on the ground where a local man has disappeared. Video footage from the phone shows the handheld perspective of walking through the brush moving forward when suddenly the man is thrown upward into the air and screams! But, no more visual evidence is found than that, only his ominous absence. In this case chances are the mystery may never be solved, yet who or what attacked this man? Answers are few and far between out here in the swamp wilderness of Southern Louisiana.

Unlike most city or county animal control operators here in Louisiana they will be called upon to conduct nocturnal stake outs with night vision, tranquilizer shells, high powered rifles, and surveillance equipment in order to find out who or what is terrorizing the families and their animals in order to quell mass panic! On this particular unholy night after days spent investigating the property of several people and interviewing witnesses they set up a trap where the cow was viciously killed and drug off several feet before the perpetrator sunk back into the darkness.

Setting up several stations armed, and using night optics, the personnel quietly wait to see if the killer comes back to finish its meal! After a few tense hours of strange, uneasy, quiet, noise and movement shatter the darkness! A huge animal is headed for the cattle carcass, linked by radio two of the animal control officers alert the female marksman that whatever it is seems to be coming her way! They all converge knowing that the beast can lash out if they make the wrong move! She fires and hits something big! Searchlights illuminate a huge bear which was mistaken for an Orangutan Orange furred creature spotted by a nearby neighbor a day before. Black bear can come in an array of different colors such as cinnamon, brown, and even blonde. This bear is a cinnamon colored species. At 6' ft. 3 in. and 613 lbs. this bear was certainly big enough to kill and drag a 1,500 lb. cow into the woods, there's only one problem.

When the cattle carcass was originally discovered along with the gouge in the ground from having been dragged several feet, there were no impressions or telltale foot prints left in the soft sandy soil around the dead animal. Why? One of the animal control team does not believe it was the bear that made the kill, to him, the bear was just being opportunistic as bears do. A 613 pound bear would most certainly have left tracks in the soft earth of this region. To him something more sinister happened. Never the less, the family is relieved that they seemingly have the answer, but it's only a partial assumption that could lead to more death if wrong. These kinds of deadly riddles are not always solved out here in the deep swamplands and woods of Southern Louisiana.

James, by the way I lived in parts of Louisiana from Baton Rouge to Alexandria to New Orleans and it is a very different place where the strange and the unusual take place. I used to visit  Opelousas the former state Capital and scene of a Confederate massacre by the Yankees. A lot of shit goes down there you have to watch your back.

James, good one! I think the green entity on the left far surpasses any feminine appeal I can detect from that Tranny looking souse on the other side. Looks like Schumer's main squeeze had had a lot of laser resurfacing!

The one pic does look strangely familiar, could be Chuck Schumer's wife with a "cucumber mask" on, such as women wear to bed for their skin. Like the guy from Unsolved Mysteries used to say at the end, "You decide!" - 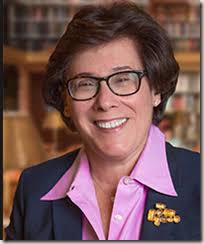 The United States is at the very precipice of a dangerous transformation of our society, freedoms,…See More
19 minutes ago
2 Comments 2 Favorites

Doc Vega replied to Less Prone's discussion MN Senator and Dr. Reveals HHS Document Coached Him on How to Overcount COVID-19 Cases
"Typical of the government generated disinformation we get!"
34 minutes ago

Doc Vega commented on James Roberts's blog post Why Are So Many People That Have "Recovered" From The Coronavirus Testing Positive Again?
"Talking with someone who has excellent sources to Chinese Cable TV apparently the coronavirus…"
36 minutes ago

Don't click on the X to try Facebook's new format.  You cannot return to the old as promised.See More
58 minutes ago
2 Comments 1 Favorite

I don't like using Infowars, and especially Michael Snyder for a source, as the former is heavily…See More
59 minutes ago
1 Comment 1 Favorite

Less Prone favorited James Roberts's blog post Why Are So Many People That Have "Recovered" From The Coronavirus Testing Positive Again?
59 minutes ago

Chris of the family Masters replied to MAC's discussion Can 5G exposure alter the structure and function of hemoglobin, causing coronavirus patients to die from oxygen deprivation?
"Well, he implied but never said 5G. The connection can be seen by reading the manuals and technical…"
2 hours ago

Chris of the family Masters favorited MAC's discussion Can 5G exposure alter the structure and function of hemoglobin, causing coronavirus patients to die from oxygen deprivation?
2 hours ago

MAC replied to MAC's discussion Lets Get Them All! Gates Birx Fauci Soros all of them
2 hours ago