You have probably seen, or read about the alleged bodies of 39 people, believed to be Chinese, having been found dead in a lorry container in England, that like me it seems all rather too convenient; - in the sense that the UK is divided over Brexit on whether the Brit's should leave, or stay as members of the European Union, that often enough at times like these dark forces tend to weave their tiny webs of deceit and directly into the psyche of the unsuspecting minds of the British public.

So let's take a little closer look as to what's alleged to have happened.

15/10/2019 the trailer, the back part where the alleged bodies were found, had been leased from its yard in County Monaghan. Said to have been owned by Global Trailer Rentals, a Dublin-based company.

Question to the police: What truck unit (the front part of the lorry) was used to take the trailer away on the 15/10/2019?

How did the trailer travel from Ireland to the alleged port of Zeebrugge, Belgium?

It's very unlikely it was the Scania truck unit (the front part of the lorry) seen in the press, as that left Dublin and entered the UK via Holyhead on 20/10/2019, and why the police should be investigating what other "truck/s" were used tow the trailer in question?

As this means five days had passed before the driver Mo Robinson, 25, from the Portadown area of County Armagh, Northern Ireland, had arrived at Holyhead on the 20/10/2019. Subsequently Mo Robinson was arrested on suspicion of murder on 23/10/2019.

According to the police, they had received first reports about bodies found in a lorry at the Waterglade Industrial Park in Grays just before 01:40 local time on the same day 23/10/2019, and 35 minutes after leaving Purfleet port.

The lorry driver Mo Robinson is reported to have passed out when he opened the doors to fetch some paperwork and discovered the bodies, a horrified witness told the Evening Standard.

Someone, yet to be determined, called 999, in which its alleged ambulance crews first arrived, - who in turn informed the police to attend the scene?

This suggests the trailer left Ireland on the 15/10/2019 with another truck being needed to tow/trail it away, - then drive onto Belgium, as this was five days before it's alleged Mo Robinson left Ireland.

Who was the first driver/s of the truck that first took the trailer to Belgium?

And was it the same driver/s who then collected their cargo of human beings when in Belgium, and then drive it to the port at Zeebrugge, - and then onto Purfleet port?

CCTV footage must exist at Dublin port, then again at Holyhead port in Wales, UK, showing the trailer and whatever truck was towing it on the 15/10/2019, or whatever date it passed through these ports. The same applies when it arrived at whatever UK port to set sail for Belgium, that once arrived CCTV footage must exist showing it arrive, - then depart the ferry once at Zeebrugge port.

Don't get confused with the types of containers that are often enough stacked on-top of one another and transported by cargo ships, as the trailer in question is a refrigerated trailer, that is then attached to a truck to transport it away.

Again, the same applies, as this time the trailer must have arrived back at Zeebrugge port, laden with its load of human beings, departed Zeebrugge, then arriving back at Purfleet port on the 23/10/2019.  That's at least seven separated incidences that CCTV footage would have been able to capture whatever truck was transporting the trailer in question.

That makes at least 10 incidences that CCTV footage must have recorded the trucks and trailer in question.

Essex police confirmed "The Scania truck was registered in Varna [on the east coast of Bulgaria] under the name of a company owned by an Irish citizen."  Bulgarian officials were also quoted as saying that the lorry was last in Bulgaria in 2017.

It's alleged temperatures inside the container could have been as low as -25C.

Vehicles must arrive at the Belgian port one and a half hours before the boat leaves. "The trailer is hermetically sealed. No heat is allowed in to keep the products at the same temperature. "If you end up in such a box with 39 people, you're going to die", said Joachim Coens, chief executive of Zeebrugge port.  And went onto say, "...it was unlikely people were loaded into the container at the Belgian port."

In the above video around the 3:04 mark, the Deputy Chief Inspector of Essex Police is rudely interrupted by some female plain clothes officer who suddenly ends the live broadcast. Why? Was it because she was being asked to many awkward questions by the media, that would perhaps blow a hole in their storyline?

So how on earth didn't the cameras detect 39 dead bodies?

Its further alleged migrants can pay £10,000 or more for a space on these vehicles; when this is the biggest load of baloney we keep hearing.

Why on earth would anyone with this kind of cash to spare, risk their lives and be crammed into the back of freezing cold lorry? That when first opening the back of it they must have realized they were entering a freezer and certain death.

It's this fact, and this fact alone that makes me suspicious as to what really took place, and why I titled this blog '39 Fake Bodies Found "Dead" In Lorry Trailer!' - unless the poor sods were murdered beforehand and then placed into the trailer.

When they could have quite easily entered the UK with Visa, arrived safely at an airport, then disappeared once they arrived at their destination in the UK.  This would have cost no more than £2,000, - and left £8,000 each for them to live on.

So when you read about these £10,000+ escapades, you know they are very likely to be fake, unless of course they were wanted murderers, rapists, or criminals in general, - as perhaps in that type of scenario they would be willing to depart with such high sums of cash.

Has this "tragic" - "we all stand together"  "heart rendering" story been allowed to happen due to the concerns of Brexit, and the requirement of a hard border in place in Ireland? And that extras security, the use CO2 monitors, sniffer dogs, scanners, - and ultimately more border control staff being required to control these less monitored ports?

Whatever the reasons, if the police cannot come up with the CCTV footage that should clearly reveal what trucks were used to transport the trailer, then I'm afraid I really cannot believe the official storyline.

As too me, it seems to be too coincidental for my liking, and yet just another distraction and spoke in the wheels to prevent Brexit from going through smoothly. 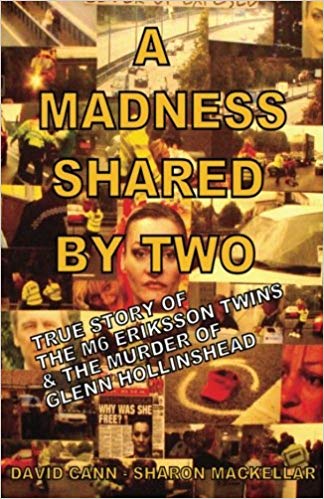 I'm the author of A Madness Shared by Two that exposes a police cover-up, - so I am used to the police and government officials lying to the public!

Thanks inbred and hybrid populations you have added so much Pagan value to earth.

Sure seems to be the case Raz - They trying to tell us 39 people smart enough to pay £10,000 each - would be stupid enough to get into the back of a freezer knowing most certain they would freeze to death!

James Roberts commented on James Roberts's blog post Russia’s Rght-Wing Opposition Tries To Gain From COVID-19 Crisis
"Zhirinovsky is a Jewish Zionist, by the way. While Putin often has been encircled by The…"
17 minutes ago

"Thank you Gralton, cheeki, Chris and Sizzle."
4 hours ago

"What are all of those people doing there? They appear to be enjoying the spectacle of a local…"
11 hours ago

Doc Vega commented on Doc Vega's blog post The True Meaning of Memorial Day Part II
"stormtruther You have my permission to copy and paste and of my poems to send to other sites!"
12 hours ago