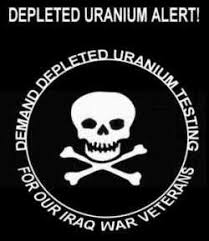 It was a term once used in prisons to verbally describe the man who had a death sentence as he was on his last walk to his inevitable fate like in movie Green Mile.  Today – it is a fitting description of hundreds of thousands of Iraq and Afghanistan veterans who are back in the States and diagnosed with some imaginary pseudo diagnosis by psycho quack make believe doctors called psychiatrists ( mostly jews BTW) These are the same criminals who have ruined the lives of hundreds of thousands of children’s with their unfounded voodoo nonsense and their arsenal of deadly poisonous psychotropic drugs – which have caused countless suicides and permanent and some times fatal cardio-vascular systemic failures.

The most popular acronym du-jour with the VA shrinks is called PTSD. First these jew frauds create any number of new not before existing ‘diseases’ – create cute catchy names for these ‘phobias’ or syndromes’ - like their Post Traumatic Stress Syndrome – then have the death merchant big pharma create some new medication to mask it -suppress it and or replace it with yet another undesirable result like suicidal anxieties.

I know a LOT about these matters because I am also the father of a son who was the victim of a sadistic jew psycho quack who nearly ruined his life. These parasitic greedy scum make fortunes of the misery of ignorant parents as they are paid handsomely to poison your child with garbage like Zoloft, Ritalin, Prozac, Concerta, Adderall and a laundry list more. These same, wish- they – were – real – Drs, frauds, NOW control  your children’s or father’s or friend’s fate in VA hospitals.

Same lies – same poisons and a few newly created ‘diseases’ so they can keep your veteran sons on emotional roller coasters between pain pills uppers downers sedatives and mind altering drugs till the poor soul just loses his mind and kills himself or his friends.  It happens EVERY DAY!  Soldiers today are simply throw away pawns.

Just ask John Needham’s father why his decorated veteran son committed suicide – one of the 18 men a day who finally realized that the reprobate reptile scum recruiter who lured them away from their families for an exciting adventure was in reality a demonic nightmare of endless evil depravities and murder.

At last count there are some nearly half MILLION ‘Gulf War’ vets on disability status.  What is alarming is that MOST of these people are suffering not just from obvious physical trauma – but from an array of puzzling symptoms which seem to be not clearly definable or explained.  Stomach disorders – chronic joint pain – painful urination – skin lesions – insomnia – irritability – lack of energy – depression – pulmonary disorders – blackouts – migraine headaches  – chronic swelling and a laundry list of presumably unrelated illnesses.

So guess what the VA psycho quacks have blown you all off with?  You guessed it!  GULF WAR SYNDROME!  Take two aspirin and call me in the morning – not to worry – you’re OK – it’s just another imaginary mental glitch – nothing that a few purple pills and a little R&R will not cure – right?.  No need for wasting dollars on tests that can be used to make more DU weapons to poison the air breathed by our own troops. Do we see a greedy vicious cycle developing here?

Well – I have a news flash for you Roger ramjet.  You don’t have any BS  jew shrink fabricated ‘syndromes’ – most of you are showing the early symptoms of RADIATION POISONING – plain and simple!  So where did you get this bad thing?  You DID IT TO YOUR SELF – while you were busy murdering poor innocent people just trying to defend their own land – men women and children who have NEVER attacked you or your family or your friends in America.

Every time you or your Limey co-criminal pals used ANY ammo that contained deadly DU ( not-so ‘DEPLETED URANIUM’) – you created a deadly airborne micro contamination by which should you have inhaled so much as ONE ATOM of that stuff ( non soluble uranium oxide dust) you have given yourself and your children and your children’s children – a DEATH SENTENCE!  You ARE now in fact  = DEAD MEN WALKING!

Welcome to the REAL AmeriKan Military today ( NOT the one in which your grandfathers served- like me). Soldiers are a disposable commodity to war mongering criminals like Clinton Bush and Cheney Rumsfeld Rice and now Obama and his IsraHELL loyal – jews first mentality traitors. You served your evil purpose ( certainly defended NO American freedom or ideals) and are now as disposable as used toilet paper.

You helped destroy the goodness of this country and were used by powerful rich people to make them richer like Starmet Corp’s Paul Lowenstein. ALL of those powerful greedy evil monsters knew EXACTLY what the dangers were from DU – but so what?  You were expendable.

My own son is now in the military – against my wishes – nothing more than expendable cannon fodder for our monstrous military industrial complex – as his ‘service’ protects nothing sacred to me or ANY knowledgeable person and actually makes the entire world a more dangerous place.

You are all going to die - perhaps be not for years – but you WILL die an ‘early’ death, and once the systemic failure begin – you will be close enough to ‘see’ your own death.  Sadly – you will die alone at home -or more realistically – since you will probably LOSE your home if you even had one – you will die in the streets, deprived of even the comfort of a caring government medical staff.

Why? because should we spend our last trillion dollars on murdering more of IsraHELL’s enemies ( certainly not ours!) we WILL be as economically bankrupt – as we are morally bankrupt!  THERE IS A LIMIT TO SPENDING – especially when you are now spending hyper-inflated fiat Monopoly money!

There is already talk of cutting Social Security AND VA spending.  Just in case you have forgotten – we are already near bankruptcy as a nation with triple digit daily hyper inflation smashing no savings depleted incomes.

Both Obama AND Romney and our treasonous jew dominated Congress are committed to continue these endless wars for IsraHELL.  We KNOW this is TRUE – because they and or their jew handlers have TOLD US THEY WILL.

It comes down to this simple truth. There is no cure for what you have – BUT you can be made comfortable with modern technological advances. This service however WILL come with a HUGE price tag – at least as much as the ‘price’ of a ‘new war’.  Should we be taken to war by jew influence -especially with the support of the 50 million BaptDuh morons whose evangelical lust for killing and destruction knows no bounds – there will be hundreds of thousand more veterans infected by DU radiation and there simply will not be enough funds to do both.

By then there will be a world wide genocide as tens of millions more who become poisoned as the poisons gradually cover the earth by the winds. There will be no place to hide except perhaps special eco shelters for the very very rich.

Do the Arithmetic your self – or ask some economist what he thinks.  He will tell you the same no-brainer out come I have concluded. Even if there WAS enough money left – there will not be enough Drs or hospitals so entire families will just die and rot in the streets. Since that is EXACTLY what we ( YOU) have done to the Afghan and the Iraqi families through war destruction and US embargos against the poor – you should be able to handle it as bravely as they have.

However -there is a great irony here and I pray that you will have enough wisdom to grasp the opportunity.  There are ENOUGH Of you to turn this thing around.  YOU – have the power to not only make PEACE  AN election issue -but to make it THE election issue.  You have the power to stop WORLD WAR THREE and most probably the end of life as we know it. The people you worked for are insane lying greedy Godless lunatics with no compassion nor morals.

You have been betrayed by a government corrupt beyond description – a government who threw you under the train and KNOWINGLY trashed your opportunity to live a normal long life . NOW – should you allow ANOTHER WAR  - that WILL be the straw that breaks the back. You will not even be able to DIE with dignity.  The Gulf Syndrome lies WILL prevail – you WILL be denied any REAL help and you WILL die wretched deaths one by one – homeless and hopeless as if you never existed.

Lies are the weapon of choice of the powers that be  Lies led you to murder millions of innocent human beings.  Lies have destroyed our nation’s wealth and goodness as well as millions of lives in other countries. Lies WILL destroy what is left of our freedoms and eventually destroy all hope.

The decision is yours.  Only you – acting from sheer numbers can stop the lies. you CAN do it.

My name is Joe Cortina. I was a 60s Green Beret commander and a representative for IBM as well as a scientist for Honeywell Aerospace in Florida. I later became President of my own manufacturing company. I have two sons and 2 granddaughters who are the reason for my dedication to expose the threats to the freedoms I hope to see them enjoy as I did many decades ago when America was still a Christian-based sovereign nation free of Zionist influence.

” Ye do the deeds of your father (the devil). If God were your father. ye would love me; for I proceed forth and came from God: neither came I of myself, but He sent me.”

” Ye are of your father the devil and the lusts of your father ye will do. He was a murderer from the beginning and abode not in the truth, because there is no truth in him. When he speaketh a lie – he speaketh of his own; ( the Jews) for he is a liar, and the father of it”

“That this SATANIC FATHERHOOD cannot be limited to the Pharisees is MADE CLEAR in 1 John 3;8-10″

Matthew 23:15″ Woe to you, teachers of the law and Pharisees, you hypocrites! You travel over land and sea to win a single convert, and when he becomes one, you make him twice as much a son of hell as you are.

“You serpents, you generation of vipers, how can you escape the damnation of hell?” (Jesus – to the Jews; in Matthew 23:33)

“My opinion of Christian Zionists? They’re scum. But don’t tell them that. We need all the useful idiots we can get right now.” — Benyamin Netanyahu, at the time a former IsraHELL prime minister

cheeki kea commented on James Roberts's blog post Israel Trains American Police to be Brutal
"No wonder the cops have lost the plot and are hated. "
17 minutes ago

"I'm sticking to the Old Normal thanks. "
25 minutes ago

cheeki kea commented on James Roberts's blog post The Rioting is Being Staged - Even Minnesota's Governor Agrees, Says International Forces at Work
"Must be a leftie State with a leftie governor, then it would all make sense. "
44 minutes ago

"Workers Please read the collective employment contract if you have one, you may be pleasantly…"
56 minutes ago

With the convergence of Artificial Intelligence, Bio-Tech, and Nano technology man is faced with a…See More
6 hours ago
0 Comments 0 Favorites