How To Make Pepper Spray

How To Make Pepper Spray

Even though pepper spray has been around for a long time, I have never bought any. One of the reasons is because I’m a little unsure of all the ingredients, even though they are listed…or, supposed to be listed on the container. Even if the list is accurate, it rarely gives the amount of each added item. And, do we really want to be exposed to anything potentially harmful that lists things with 3 or more syllables?
Regardless of what you would like to use a pepper spray for, making your own at home is quite easy. Sure, there are a few complicated recipes you could find. But, you can have it made relatively quickly, inexpensively, and with the exact ingredients you prefer. In other words, you can customize your own pepper spray to the strength you prefer.
Uses for Pepper Spray
Pepper spray is often thought of as a self-defense tool, and it is. It’s effective and easy to carry wherever you go. A small amount of a potent spray can help you get out of a dangerous situation. The key would be to make sure it’s potent. The hotter the peppers you use, the better. Another important tip when making it for self-defense is to store it in a small bottle that can shoot a long distance. When using it for self-defense, it would be far better to be able to reach the attacker before they could reach you. This might take some time in finding the right container. But, they do exist.
Or, maybe you want a less potent batch, one just strong enough to shoo away unwanted guests in the garden. If so, you wouldn’t necessarily need a sprayer that reaches long distances. Something such as an empty window cleaner bottle would work just fine. And, it wouldn’t matter how big or small the bottle is, because you wouldn’t have to carry it with you.
So, what about the peppers?
Related: Make Your Own Peppermint Oil – The Best Insect Repellent
The Scoville Scale
If you like spicy foods, then you might be familiar with the Scoville scale, which measures the heat index of various peppers based on heat units. The higher the heat unit number, the hotter the pepper is. Here is an example:
Heat Units
Examples of Peppers
800,000 - 3,200,00
Pepper X, Carolina Reaper, or Dragon’s Breath
350,000 - 800,000
Chocolate Habanero or Red Savina
100,000 to 350,000
Habanero or Scotch Bonnet
10,000 to 100,000
Cayenne or Malagueta pepper
1,000 to 10,000
Guajillo or Jalapeño
1,000 to 10,000
Banana Pepper or Cubanelle
0 to 100
Bell Pepper or Pimento
If you are thinking of a pepper spray for self-defense, use a more fiery pepper, such as the habanero or hotter. Cayenne could work as an irritant, but probably not enough to stop the person for very long. So, you would have to be quick in your getaway. The stronger the pepper, the longer it should incapacitate the assailant. And, to add yet another layer to slowing the attacker down, add some black pepper to stimulate coughing.
However, please keep in mind that a pepper spray will have the same effect on an innocent person as it does an assailant. So, be careful where you store the spray, as well as how it’s handled.
For getting rid of the garden nibblers, something as low on the Scoville Scale as the jalapeno could work. You can also combine peppers to make your own strength.
I’m going to make a batch with a mix of cayenne and habanero. I don’t want the heat to be too high, because I will use it primarily to protect the plants. However, with a little bit of added habanero, I will add a little to a smaller spritzer that I can carry for self-protection.
The Necessary Supplies
The hotter the pepper you use, the more important using gloves, masks, and goggles becomes. I’m not going to be using anything excruciating, so I will just wear gloves and my glasses.
Here is a complete list of supplies you should have on hand for the recipe I am going to make:
Red Cayenne Pepper
Habanero
Empty Spray Bottle
Gloves
Vodka (optional, can help preserve it longer)
Vegetable Oil (optional, can help it adhere to the target)
Knife or Immersion Blender
Coffee Filter
Water
Funnel
That list of supplies might make it seem as though the process is complicated. But I assure you, it’s not.
Related: I Used To Cut This Plant…Until I Saw This!
The Recipe for an Easy Homemade Pepper Spray
Can’t stress this enough…if you are working with fresh peppers at 10,000 level on the Scoville Scale, make sure to wear gloves. If it’s hotter than that, add glasses or goggles. And, make sure to not rub or go near your eyes until the gloves are off and hands are washed.
#1. Add 2 tablespoons red cayenne to a bowl#2. Chop fresh peppers (make sure to wear gloves), and add to the cayenne#3. Add 1 tablespoon vegetable oil (optional, but will help the spray to adhere to the target)#4. Add 2 tablespoons vodka (optional, to preserve the spray longer)#5. Add enough water so that all the pepper and seeds are fully immersed.#6. Pour (using the funnel) the content into your spray bottle#7. Let the content in the bottle sit for a few hours, up to a week (shaking occasionally)#8. Strain the mix (using the coffee filter)#9. Place the mix back into the spray bottle…and you have homemade pepper spray!#10. Spraying the plants to protect them#11. A little leftover for self-protectionAfter taking out a little for my personal pepper spray, I added a little water to the mix because it doesn’t need to be quite as strong for plant, and I wanted it to go a little further. But, in concentrated form, this could help you get out of a bad situation. Just aim for the eyes…their eyes!

Thank you for your comments James Robert and Cheeki Kea, I use a can of bear spray right next to the door for any wolves, dogs or unwanted animals. Keep in mind the use of such a spray is understood to be a deterrent and there is less a chance of legal liability. A laser would work as well, in the eyes of the animal. Less a chance to prove that you had to denture fluffy, your safe as well. I would hesitate on the use of other chemicals, they could end up back on yourself, most are very toxic and some do not burn to the touch but will cause a lot of corrosive damage to the flesh over time. The legal aspect of using other chemicals is questionable as well.  Sorry to hear about the dog bite, James. I hope your hand it is healing well.

Thanks, cheeki. I love dogs, by the way. I've had a couple.

Good post JT, and comments JR -(sorry to hear about the dog attack, I've got a dog, recently. Probably wouldn't attack anyone, just Looks like he has the potential to do so) The pepper spray is a good idea as a second back up option for protection and a simple firearm that can be had without a gun licence is also a good idea for the volatile times we live in.

And for home defense, you know those straws that fit into the spray cap on cans of WD-40? That cap can replace the ones on certain brands of oven cleaner, turning a wide spray into a very directional stream. Voila! One squirt, and they no longer have a thought in their head about anything but their own face.

After getting attacked by a large dog two weeks ago, I'm getting one of these each for left and right hand pants pockets. I'm sure it's teeth clicked together inside the flesh of my hand. Ack! 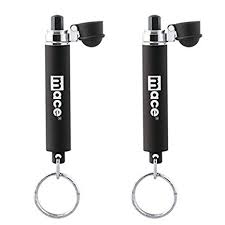 For human attacks, I've always thought a syringe full of concentrated Red Devil lye solution would do the trick.

steve commented on stormtruther's blog post Jennifer Aniston: Braless star leaves little to the imagination in cream satin gown at the SAG awards...no, its a real headline!
"A couple of tittie ditties for your listening enjoyment guys Steve Show them to me--Rodney…"
39 minutes ago

"Aussie expression. To see the light means wake up to understand something"
2 hours ago

Burbia commented on steve's blog post WARNING--- NOT FOR THE SQUEMISH-- Food from HELL, Quisine from the third world savages they are flooding our country with
2 hours ago

Burbia commented on stormtruther's blog post Jennifer Aniston: Braless star leaves little to the imagination in cream satin gown at the SAG awards...no, its a real headline!
"Yeah, age is a funny thing. As some men get older, they appear more feminine. As some women get…"
2 hours ago

Burbia commented on steve's blog post DIE versity be our strength U niggas feelz me, top 25 most dangerous american cities infested/infected by the fellas
"Gang Members Implicate U.S. Gov’t in Dumping Crates of Guns in…"
3 hours ago

steve commented on stormtruther's blog post Jennifer Aniston: Braless star leaves little to the imagination in cream satin gown at the SAG awards...no, its a real headline!
"Hey Burbia,  I can say without a doubt this yummy is a female after viewing her scantily clad…"
3 hours ago

steve commented on steve's blog post WARNING--- NOT FOR THE SQUEMISH-- Food from HELL, Quisine from the third world savages they are flooding our country with
""It's not  boiled bat soup without a diseased bat boiled alive" damn what…"
3 hours ago

James Roberts favorited steve's blog post DIE versity be our strength U niggas feelz me, top 25 most dangerous american cities infested/infected by the fellas
4 hours ago

James Roberts commented on Boris's page 12160 Administrators
"Oh, OK. Write this down, and let me know when you have by replying here. neurowurm@"
4 hours ago

Burbia commented on steve's blog post WARNING--- NOT FOR THE SQUEMISH-- Food from HELL, Quisine from the third world savages they are flooding our country with
"Of course this new virus started from the ungodly practice of what is considered cuisine in China."
4 hours ago

"I might be missing something. What light?"
5 hours ago

Mr. Sizzle commented on Boris's page 12160 Administrators
"@James Roberts. You don’t seem to get it sir. I’m not allowed to PM at the moment or…"
6 hours ago