It's almost as if they are rubbing our noses in it and laughing their heads-off at the same time, congratulating themselves on carrying out yet another successful false flag terrorist attack.

In the video above, it shows you someone filming the alleged body of Usman Khan; that all of a sudden sits up and moves!  I instantly recognized the office windows the person was filming from as I worked there for several years back in the 1980's.  The building is Adelaide House, which is opposite the Masonic Lodge known as Fishermen’s' Hall, thus opposite to where the alleged shooting took place. 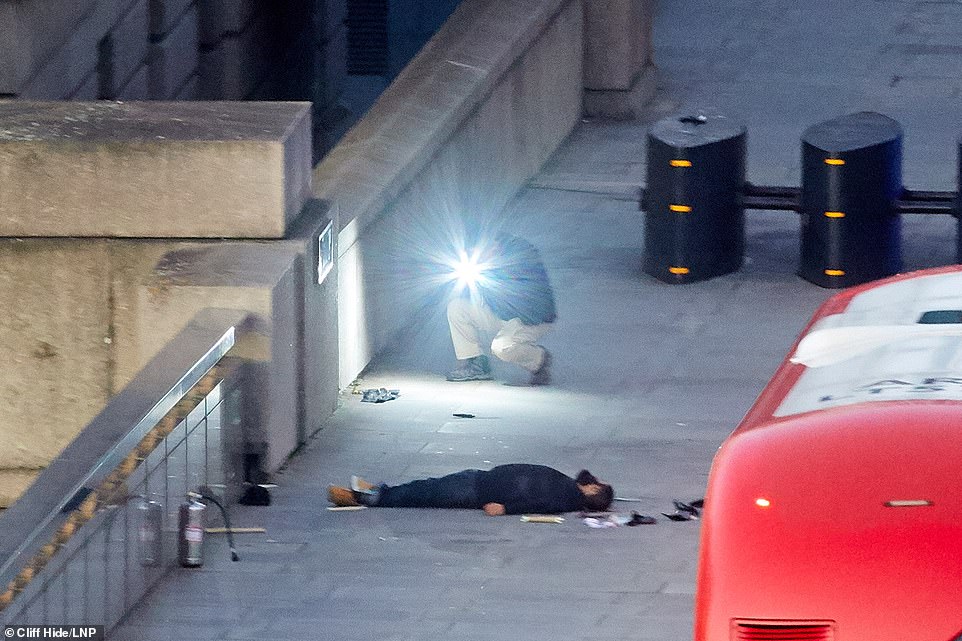 (Image: Cliff Hide/LNP) - The alleged body of Usman Khan lying neat and tidy on the ground after he was allegedly shot dead, and with no suicide belt on, with not a sign of blood from a man alleged to have been shot twice!
Though what is more telling with this photograph taken by Cliff Hide, is that the crowds were gone, as were the alleged hero's, and police officers who did the shooting - that it was around this same time the person filmed the alleged body of Usman Khan moving.
Like what happened in the Las Vegas shooting when it's alleged lone gunman Ian Paddock shot and killed over 50 people at a rock concert in L.A.  The Mayor of London Zihad Khan, pleaded for members of the public who may have any video or photographic footage of the incident that they were to hand it over to the police.
Whom on receipt of such footage, it would be intently studied, and anything that could expose the false flag for being exactly that,  would simply disappear and probably be destroyed.

In the photograph above - things don't look as neat and tidy, - and again there's no sign of blood.  (Image: PA/Twitter/UGC) - Source of above photo and to see their video - clink on this link by Chris Kitching Tanveer Mann Deputy News Editor

I understand that some people will freak out when they see the above video footage of the alleged terrorist moving about - and call me a tin-foil nut-job, though no worries as it won’t be the first, as they'll be saying the footage is fake, - that it was someone else, and not "Khan's" body, (yeah you're right there!) - it was taken at another time, - or some other debunking theory, - but this is utter bullshit - as this was taken soon after the shooting - and not long after the photographer below walked away leaving just the body by itself.

Now, if this video is showing us the alleged body of Usman Khan moving about, and long after he was declared dead, - and before the forensic officers arrived and erected their Ukrainian coloured tent around the alleged dead body, - then "he" clearly was not shot - or killed on the spot and like its been played out in the media.

This therefore proves that if "he" - Usman Khan is not dead, - then all else that is alleged to have happened is also complete fabrication.  It also means the person playing dead is probably not even Usman Khan whom more than likely if it's not him, was killed in order for it to make it look like it was him who carried it out.

28-year-old Usman Khan is said to have stabbed five people, before moving onto the bridge where he was restrained by alleged "members of the public", and shot by the police.

Two people were killed, 25-year-old Jack Merritt, the course coordinator for Learning Together, a programme run by the University of Cambridge’s institute of criminology, which was running the event, - and another Cambridge female student yet to be named.

Am I saying these two individuals didn't die as a result of this alleged terrorist attack?

Err..., well yes, and no really, - and of course I'm having to enter into the realms of conspiracy theories, in which we live in a world riddled with them and that in many cases are actually real and not some bat-crazy conspiracy theory at all.  It means dark forces are at play and acted out by the same kind of assassins that allegedly killed Jeffery Epstein and others such as Lady Diana.   These trained, and paid for "mercenary", agent-provocateurs undertake many a clandestine operation, and who knows for sure how Jack Merritt and the female yet to be named, - were actually killed?

Let's not forget that Khan was wearing an electronic tag at the time of the alleged terror attack, - as he was convicted and jailed over the LSE bomb plot in 2012.  This means those monitoring him, knew precisely his footprints from the day he was released from prison to the moment of the alleged attacks.

Then we have a convicted murderer who is said to have grappled with the attacker.

And the chap its reported used a Narwhal tusk to fight-off the alleged terrorist Khan, name is "Lucifer", or should I say "Łukasz", which is the Polish version of "Light", as in Lucas, as in the bearer of light Lucifer. 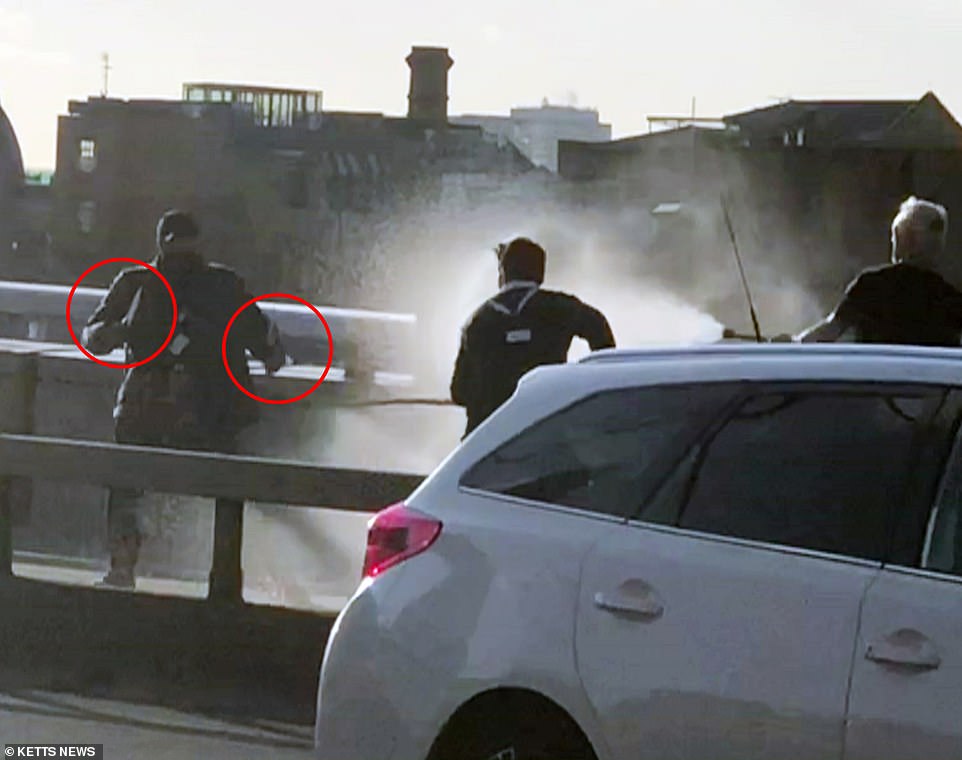 For if it was Usman Khan, who had moments before meant to have attended an conference inside Fisherman's Hall - why did he feel the need to now wear what appears to be a balaclava, so therefore impossible to identify.

So this is nothing other than theatrics’.

That's why cases like this never go to an open court and heard by a jury.

Just to make things even more crazy; the alleged hero (seen above left) who could be seen cowing and running away with a clean as could be large knife with not a sign of blood, was in fact on day release from prison - as he was finishing off a life sentence for the murder of 21-year-old Amanda Champion, who had the brain of a 15 year old.  James Ford, 42, strangled this poor girl and cut her throat wide op...

Then there was another odd thing, which was the fact this alleged hero James Ford, had something like a white handkerchief in his pocket and seen to wipe something with it - when first standing around the alleged body of Usman Khan, and when he ran away on the alleged indication 'Khan' was wearing a suicide vest, - Ford suddenly throws the handkerchief (or rag, or even a bag of white powder as some others have suggested) onto the ground - that one cannot help but wonder - why the hell did he? 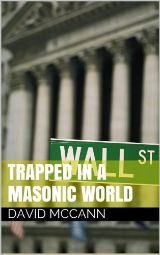 Trapped in a Masonic World - not for the faint hearted!

It sure is incredible!

Strange how 'shot dead' individuals miraculously come back to life.