By the time I was in 11th grade Mark Farner and Grand Funk Railroad had made an indelible mark on the underground rock market. Their first album was a huge hit. Being that I was a drummer I was fascinated with their drummer Kyle Brewer. His solo on the first album was very mechanical and it would take me years to figure it out though I was talented and had little teaching. Most of what I learned was by listening closely to the records! 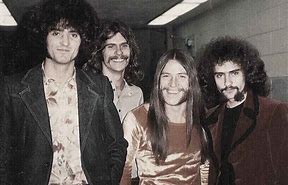 Though I had many more influences like Ringo of the Beatles, Clive Bunker of Jethro Tull, Michael Giles of the early incarnation of King Crimson, and even Ginger Baker of Cream, still I was learning all I could from trial and error while buying my drums off my yard mowing salary of $14.00 a week until I finally got a proper double tom tom set like Ringo had during the album "Let it Be". 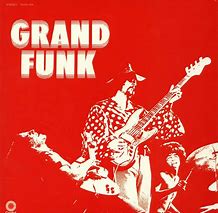 What I find difficult to deal with is the drug induced decline of many bands of this era. I was a kid looking up to them but not really seeing the toll that drug abuse was having on these great talents!  Grand Funk Railroad was one such band. Having strong healthy southern boys who loved dirt biking, sports, and hunting as they grew up suddenly they were radicalized, hated the police, and became rock legends!  I watched as they declined into a band totally addicted to cocaine, they were self deluded into thinking they had captivated a visual art form by filming things they thought were great while under the influence but as these clips were played during road trip concerts it was apparent something was wrong! Cocaine had captured their minds, their bodies, and their music! The rapid fire distortion of images did not necessarily equate with talent or artistic expression, but it was symptomatic of drug induced delusion. 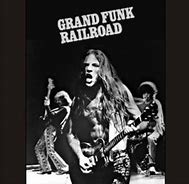 They managed two great hits during this time before collapsing under the weight of drug abuse and self destruction. "American band" hit the big time as well as the orchestrated master work of " I'm Your Captain" but the weight of drug abuse and touring did the band in! The break up of a brilliant band was inescapable. Kyle Brewer ended up playing for Bob Seeger who never allowed the elite drumming style of this wild man get unleashed. While Mark Farner became a born again Christian still plying his trade as a guitarist, vocalist, and song writer, but never again would the music industry allow him to rise to the top as he had once done!

In my first official rock band my buddies and I analyzed Grand Fund Railroad and we effectively captured most of the song surprisingly, but few lead guitarists as well as lead vocalists could pull off what Mark Farner was doing then much less some 17 year old kids who where doing their best to copy and master a song for birthday parties and small time performances. We were proud to play as much as we could and the high school girls cheered us on but such limited success is usually short lived as it was with us! Our parents weren't necessarily bastions of encouragement or talent scouts either. As the years rolled by and I joined other bands we ran into 2 consistent obstructions that were actual killers of up and coming bands. "Old ladies" wives or girl friends as we called them, or bills! So many talented guitarists sold their amplifiers to pay bills once their overbearing girl friends convince them they just couldn't succeed. Why? Because it jeopardized the relationship! What a joke! 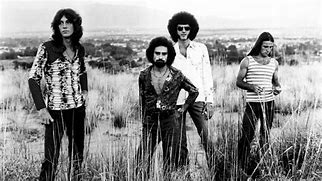 Here it is ,shown is the same clear gold vinyl 45 I still have nearly 45 years later.

Hey Doc, One of the first 45s (way back then)I bought was "We're an American band on the b side was a song called "Creepin" what a tune played it more than the a side.It was one of the best jams GFR did in my opinion.

Mr. Sizzle, that was a remake from the early sixties and sounds a lot like the original with the exception of Farner's guitar solo! My favorite is his guitar work on We're an American Band! He kicks ass on that song!

Being a guitar player, when I hear GFR play Locomotion I wait for the guitar solo. It’s so raw and pentatonic.
https://www.youtube.com/watch?v=FULmAxNS4hk

Central Scrutinizer favorited Chris of the family Masters's blog post Are you still pro-vaccine?
4 hours ago

"cheeki, 45 minutes after getting home, the air of stupidity, the naivety, & the ignorance,…"
6 hours ago

"Thanks. Jones narrated it in English on his Sunday show."
6 hours ago

"she was on the simpsons"
9 hours ago

"yes, I have uploded another video in a blog post with more info on this and a subtitled copy"
10 hours ago

"What is the language there, Portuguese?"
12 hours ago

"RT could have sprung for English subtitles."
12 hours ago