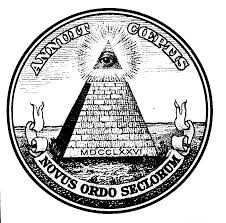 Faithful readers of this column know that I am not timid about reporting on the exponential increase of police abuse currently taking place in our country. This tragic phenomenon is a clear and present danger to the overall health and wellbeing of our society. And it is not a fabrication of “leftists.” The abuse of power by many police officers is very real. And as I have attempted to point out previously, the reason for this sad state of affairs is largely due to the recruitment and training of police officers today.

More and more frequently, the ranks of civilian law enforcement are being filled with former military personnel. This is not necessarily wrong in and of itself, but the purpose of law enforcement is entirely different from that of the military. Policemen are not soldiers. And American citizens are not enemy combatants.

For example, back in 2012, Community Oriented Policing Services (COPS), an office of the Department of Justice, offered 220 U.S. cities $114.6 million in incentive grants to hire post-9/11 veterans to fill 800 law enforcement positions.

But soldiers cannot bring their military training into police work without inflicting horrific consequences upon society. And this does not even take into account how many veterans who suffer from PTSD will be filling the ranks of law enforcement. Add the stress of police work to the trauma of war and the results could be devastating on America’s streets where the line between American citizens and enemy soldiers could easily be blurred in the minds of these warriors-turned-cops.

Previously, I reported on the police shooting and killing of an unarmed man in Tulsa, Oklahoma. Fortunately, the district attorney in Tulsa rightfully charged the officer with manslaughter in the first degree. Within days, police released video footage of a similar incident that happened in Marksville, Louisiana. This time, the victim included a little boy.

A third police officer who recorded the incident on his body cam said that the father was not acting aggressively toward the officers, and Colonel Mike Edmonson, head of the Louisiana State Police, who saw the videotape, said, “That video was incredible. I mean, as a father, much less head of the state police, I looked at that tape, I said this is incredibly disturbing.”

Community To Say Goodbye To 6-Year-Old Killed By Police

And here is the video tape of the shooting that was recently released by police:

President Barack Obama’s White House, the national news media, and the leaders of “Black Lives Matter” have made these police shootings a racial issue. Along with Jesse Jackson, Al Sharpton, et al., they are experts at race-baiting.

BUT THIS IS NOT A RACIAL ISSUE.

If the poor, suffering souls within America’s inner cities who have too long endured the injustices of police abuse (and many of them have--people of every color) would stay focused on their legitimate complaints and stop letting the Al Sharptons of the world turn it into a racial issue, they would be much further ahead in gaining the sympathy of the general public to their plight. But by letting the race-baiters turn it into a racial issue, too many white people mistakenly see this as a “good cop versus black thug” issue.

The other problem in America’s inner cities is that most of these cities are managed by rabid anti-Second Amendment liberals. Cities such as Chicago, Boston, Newark, N.J., Washington, D.C., etc., are heavily gun-controlled: meaning, the only people who have guns are the bad guys--and the bad guys know it.

For example, last month (September 2016) alone, there were 358 shootings in the heavily gun-controlled city of Chicago, Illinois. There have been over 3,200 shootings so far this year in The Windy City.

cheeki kea commented on Phyllis Maka's blog post BLOODY ISRAELIS WILL HAVE THEIR STICKY BEAK IN THIS FOR SURE!
"ha ha, and that must be why they turn out be be a disaster, plenty of well wishes, thoughts and…"
3 minutes ago

"The camps are emptied hotels now. Rooms are isolation units of compulsory confinement and all…"
1 hour ago

"I have something for you to read…"
2 hours ago

"We are going to have some issues with your #5.  I can call into question most of your claims…"
3 hours ago

"History is full of irony and misdirection!"
4 hours ago

"that is the official story, although the first 3 should read CIA"
10 hours ago

"Except we won't get an olympic-sized swimming pool, a theatre with a stage and costumes to put…"
11 hours ago