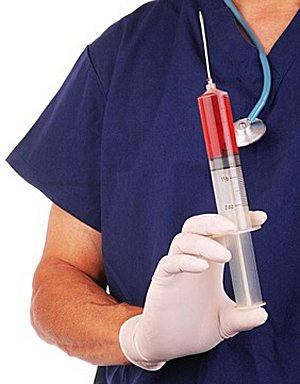 According to Kathleen Sebelius, Secretary of the U.S. Department of Health and Human Services, your children should be the first target for mass swine flu vaccinations when school starts this fall.

This is a ridiculous assumption for many reasons, not to mention extremely high risk.

In Australia, where the winter season has begun, Federal Health Minister Nicola Roxon is reassuring parents the swine flu is no more dangerous than regular seasonal flu. "Most people, including children, will experience very mild symptoms and recover without any medical intervention," she said.[ii]

Sydney-based immunization specialist Robert Booy predicts swine flu might be fatal to about twice as many children in the coming year as regular influenza. Booy estimates 10-12 children could die from the H1N1 virus, compared with the five or six regular flu deaths seen among children in an average year in Australia.[iii]

“Cure the Disease, Kill the Patient”

Less than 100 children in the U.S. die each year from seasonal flu viruses.[iv] If we use Australia’s math, a very rough estimate would be another 100 children could potentially die of swine flu in the United States in the coming year.


If children are the first target group in the U.S. per Sebelius, that means we’re about to inject around 75 million children with a fast tracked vaccine containing novel adjuvants, including dangerous squalene, to prevent perhaps 100 deaths.

I’m not overlooking the tragedy of the loss of even one child to an illness like the H1N1 flu virus. But there can be no argument that unnecessary mass injection of millions of children with a vaccine containing an adjuvant known to cause a host of debilitating autoimmune diseases is a reckless, dangerous plan.

Why are Vaccinations Dangerous?

The presumed intent of a vaccination is to help you build immunity to potentially harmful organisms that cause illness and disease. However, your body’s immune system is already designed to do this in response to organisms which invade your body naturally.


Most disease-causing organisms enter your body through the mucous membranes of your nose, mouth, pulmonary system or your digestive tract – not through an injection.

These mucous membranes have their own immune system, called the IgA immune system. It is a different system from the one activated when a vaccine is injected into your body.

Your IgA immune system is your body’s first line of defense. Its job is to fight off invading organisms at their entry points, reducing or even eliminating the need for activation of your body’s immune system.

When a virus is injected into your body in a vaccine, and especially when combined with an immune adjuvant like squalene, your IgA immune system is bypassed and your body’s immune system kicks into high gear in response to the vaccination.

Injecting organisms into your body to provoke immunity is contrary to nature, and vaccination carries enormous potential to do serious damage to your health.

And as if Vaccines Weren’t Dangerous Enough on Their Own …


The main ingredient in a vaccine is either killed viruses or live ones that have been attenuated (weakened and made less harmful).

Flu vaccines can also contain a number of chemical toxins, including ethylene glycol (antifreeze), formaldehyde, phenol (carbolic acid) and even antibiotics like Neomycin and streptomycin.

In addition to the viruses and other additives, many vaccines also contain immune adjuvants like aluminum and squalene.

The purpose of an immune adjuvant added to a vaccine is to enhance (turbo charge) your immune response to the vaccination. Adjuvants cause your immune system to overreact to the introduction of the organism you’re being vaccinated against.

Adjuvants are supposed to get the job done faster (but certainly not more safely), which reduces the amount of vaccine required per dose, and the number of doses given per individual.

Less vaccine required per person means more individual doses available for mass vaccination campaigns. Coincidentally, this is exactly the goal of government and the pharmaceutical companies who stand to make millions from their vaccines.

Will There Be Immune Adjuvants in Swine Flu Vaccines?

The U.S. government has contracts with several drug companies to develop and produce swine flu vaccines. At least two of those companies, Novartis and GlaxoSmithKline, are using an adjuvant in their H1N1 vaccines.


The adjuvant? Squalene.
According to Meryl Nass, M.D., an authority on the anthrax vaccine,

“A novel feature of the two H1N1 vaccines being developed by companies Novartis and GlaxoSmithKline is the addition of squalene-containing adjuvants to boost immunogenicity and dramatically reduce the amount of viral antigen needed. This translates to much faster production of desired vaccine quantities.”[v]

Novartis’s proprietary squalene adjuvant for their H1N1 vaccine is MF59. Glaxo’s is ASO3. MF59 has yet to be approved by the FDA for use in any U.S. vaccine, despite its history of use in other countries.

Per Dr. Nass, there are only three vaccines in existence using an approved squalene adjuvant. None of the three are approved for use in the U.S.

What Squalene Does to Rats

Oil-based vaccination adjuvants like squalene have been proved to generate concentrated, unremitting immune responses over long periods of time.[vi]


A 2000 study published in the American Journal of Pathology demonstrated a single injection of the adjuvant squalene into rats triggered “chronic, immune-mediated joint-specific inflammation,” also known as rheumatoid arthritis.[vii]

The researchers concluded the study raised questions about the role of adjuvants in chronic inflammatory diseases.

What Squalene Does to Humans


The difference between “good” and “bad” squalene is the route by which it enters your body. Injection is an abnormal route of entry which incites your immune system to attack all the squalene in your body, not just the vaccine adjuvant.

Your immune system will attempt to destroy the molecule wherever it finds it, including in places where it occurs naturally, and where it is vital to the health of your nervous system.[viii]

Gulf War veterans with Gulf War Syndrome (GWS) received anthrax vaccines which contained squalene.[ix] MF59 (the Novartis squalene adjuvant) was an unapproved ingredient in experimental anthrax vaccines and has since been linked to the devastating autoimmune diseases suffered by countless Gulf War vets.[x]

The Department of Defense made every attempt to deny that squalene was indeed an added contaminant in the anthrax vaccine administered to Persian Gulf war military personnel – deployed and non-deployed – as well as participants in the more recent Anthrax Vaccine Immunization Program (AVIP).

However, the FDA discovered the presence of squalene in certain lots of AVIP product. A test was developed to detect anti-squalene antibodies in GWS patients, and a clear link was established between the contaminated product and all the GWS sufferers who had been injected with the vaccine containing squalene.

A study conducted at Tulane Medical School and published in the February 2000 issue of Experimental Molecular Pathology included these stunning statistics:

According to Dr. Viera Scheibner, Ph.D., a former principle research scientist for the government of Australia:

“… this adjuvant [squalene] contributed to the cascade of reactions called "Gulf War Syndrome," documented in the soldiers involved in the Gulf War.

There is virtually no science to support the safety of vaccine injections on your long-term health or the health of your children. Follow-up studies last on average about two weeks, and look only for glaring injuries and illnesses.

Autoimmune disorders like those seen in Gulf War Syndrome frequently take years to diagnose due to the vagueness of early symptoms. Complaints like headaches, fatigue and chronic aches and pains are symptoms of many different illnesses and diseases.

Don’t hold your breath waiting for vaccine purveyors and proponents to look seriously at the long-term health consequences of their vaccination campaigns.

What You Can Do to Protect Yourself and Your Family

Educate yourself about influenza strains, vaccination risks, and the public health laws in your state that may require you or your children to undergo either mandatory vaccination or quarantine.

Take care of your health to reduce or eliminate your risk of contracting the flu. The key is to keep your immune system strong by following these guidelines:

James Roberts commented on James Roberts's blog post 5G and Coronavirus
"steve - Well, the safety studies are limited to thermal effects caused by RF energy, which I am…"
5 hours ago

King Of Cups commented on King Of Cups's blog post Coronavirus and the relationship between 60GHZ 5G Wireless Networks implemented in Wuhan, China
"Steve, thank you for posting it. Weaponized 5G is certainly not outside the realm of possibility."
9 hours ago

steve commented on James Roberts's blog post 5G and Coronavirus
"Hey James, I don't think 5g is the main culprit but  I do think it triggers something in…"
10 hours ago

steve commented on King Of Cups's blog post Coronavirus and the relationship between 60GHZ 5G Wireless Networks implemented in Wuhan, China
"Hey King, This is the video I posted  twice yesterday at 7:47 pm urging everyone to watch and…"
10 hours ago

"Burbia, actually, she is, lol. Didn't think about it before I posted it. If you've ever…"
11 hours ago

James Roberts commented on stormtruther's blog post The CIA Admits Psychic Abilities Are Real, But Cannot Figure Out The Science Behind It (Funny psychics hit the news at the same time as listening devices became popular
"Not listening devices. It's actually not that hard to figure out. Study David Paulides'…"
12 hours ago

James Roberts favorited stormtruther's blog post The CIA Admits Psychic Abilities Are Real, But Cannot Figure Out The Science Behind It (Funny psychics hit the news at the same time as listening devices became popular
12 hours ago

Burbia commented on Phyllis Maka's blog post No matter how Coronavirus plays out, this is the most relevant statement ever issued and...... Jim Stone
"If this true, then what happened on 911 in 2001 was a dress rehearsal. All trade and commerce was…"
16 hours ago