The Chronic Deception of the Big Lie 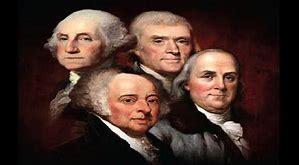 In America we have many privileges known as rights both inalienable and as sovereign individuals existing under the protection against even our own government’s tyranny should the complexion of our nation ever change. Our Founding Fathers foresaw a day when the federal government would become so corrupt and power hungry that even a president could be impeached due to partisan politics. But, we have another dilemma that continues to haunt the Constitutional Republic, and no matter how many times the “Big Lie” is defeated still it returns.

Targets of the lie

The Big Lie is constantly resurrected by the Democrats, the left, the foreign nations that want to see America burn, and the donors willing spend billions in propaganda, front groups, biased news coverage, and social media disinformation. Yet, they will not stop there as now America has sunken to the level of third world banana republics who will resort to assassination in order to ensure that the desired establishment politician will be seemingly elected into office but let us take a look at a long list of those who have been liquidated for leaking the truth to the public, running for office against the Deep State, or daring to oppose the well-funded establishment supported incumbent.

People like Seth Rich, Michael Hastings, the Kennedy’s, and many others who have run afoul of the Big Lie are a testament to the persistence of America’s enemies from without and from within who will never cease to take down the only nation on the face of the earth with a Bill of Rights, free elections, free press, and an unmatched capitalistic environment that allows everyone the opportunity to seek prosperity with education, excellent work ethic, and the desire to succeed. No other nation comes close to providing less hindrance to those who seek a better way of life by improving themselves and their status in life. However, the Big Lie is ever present constantly used by the Communists, the collectivists, the statists, the socialists, the progressives, and radical Islam  because they know that America success and prestige makes them look impotent and reveals exactly who they are to those who are enlightened and seeking to break free of the bonds of tyrannical governments. What happened to the Democrat Party? When did they decide that being in power at all costs took precedent over doing what was right for the people they supposedly were to look out for? Perhaps never. With a century long opposition to civil rights legislation alone, Democrats have been the party of obstructionism as well as high taxes, more regulations, and a doctrine of ruthless disinformation to attain their goals. Even by the early 1900’s before World War I they were colluding with the Bolsheviks who had just torn Russia apart in a long bloody revolution. The Democrats promoted labor unions, sea front unions, the AFLCIO, and many other socialist workers organizations that quickly react with violence whenever their contracts are being negotiated and their management breaks off deadlines. Ask yourself why the America car is so outrageously expensive today, why goods that have to be transported are slapped with additional costs, why the construction of civil engineering projects are not only noncompetitive in price, but rarely come in on time and at or below budget. 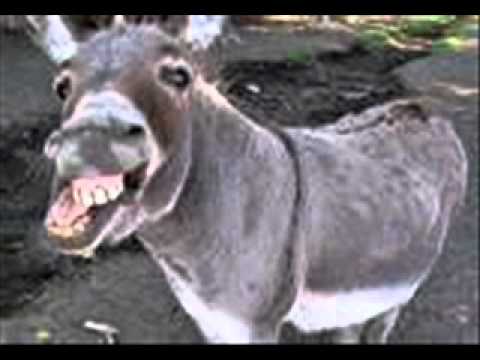 In 1986 President Ronald Reagan ordered a study of income tax and its relationship to funding of the federal government under the auspices of the Grace Commission. What was shocking was that there seemed no budgetary consideration at all between income tax funding and the outflow of government expenditures! Congress merely composed an annual budget each year, presented to the Secretary of the Treasury, and then once signed into approval the Federal Reserve, a cabal of private European banking families, not owned or restricted by the US government or the American people, would create credit out of thin air that would be converted into paper money known as Federal Reserve Notes, paper money without value. This fiat currency was, in reality, an instrument of debt, not worth.

Insatiable appetite of the machine

The billions of dollars of national debt and Federal government deficit spending was collected by a terrorist arm of the Federal Reserve known as the IRS. The IRS, costing the US taxpayer billions each year to operate, confiscated taxes from the public simply to pay the interest that the Federal Reserve charged the US government lending for trillions in money created like magic from the computers of the European family cabal that masquerades as an arm of the government when, in reality, they are privately owned, and risk none of their capital in order to finance US federal government over spending and debt! This is one of the biggest lies ever perpetrated upon the American people in US history! Using word like “Tax Cheat” and “Tax Evader” are another example of how the Big Lie ridicules those who see through the illusion.

Another Big Lie that permeates our news, poisons the minds of our college students on campus, and seeks to force America on a level playing field with the Dictatorial regimes-societies held hostage by ruthless Communist thugs who ensure that their peasants will be poor, hungry, terrified of being imprisoned and tortured, while the state owns all rights to everything! A constant battle rages between the freedom of the individual to seek his own path to happiness and the big government advocates who arrogantly presume they know better than the masses and continually try to convince their people that they are inadequate and incapable of success without the heavy hand of the state dictating their lives, rationing productivity, redefining equality as shared poverty! Yet, one important tactic of the Big Lie perpetrators is to infect public education with ignorance, to discourage history lessons, to portray the failed ideologies of the past with glory and success when the exact opposite is true!

American history though largely successful and allowing the people to seek their own betterment is still plagued by its international enemies as well as those from within, “the Useful Idiots” who would aid and abet the destruction of their very own society because they have been indoctrinated by their own public educational system as defected former KGB Agent, Yuri Bezmenov, who  proclaimed over and over again as he lectured throughout America, that the infiltration of the teaching institutions was paramount to persuading the public to accept the unacceptable! 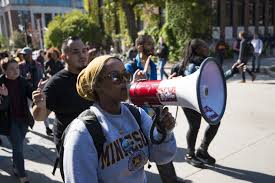 Persecution of a hero

Today, we now see the implementation of the Big Lie all over again as the Democrat Party has waged war for three years against President Donald Trump, because the fix was in, Hillary Clinton was the handpicked candidate of the Deep State, and was supposed to win. Even if it appeared she had lost, the Democrat propaganda machine and corps of corrupt bureaucrats were ready with Plan B, the insurance plan discussed by FBI officials Peter Strzrok and Lisa Page. They would conspire to overthrow a sitting president with false evidence, the compliance of the news media continually broadcasting unfounded opinion, and the false testimony of establishment officials from state department and intelligence agencies, holdovers from the previous Obama Administration, who would knowingly deceive the public. The Big Lie would allow collusion by foreign sources, expose classified documents, weaken our military, interfere in the elections of other nations to keep the international community of socialism alive and well, yet would accuse President Trump of the very things they had been doing for the previous 8 years under the Obama White House! The very strategy extracted from the Communist Manifesto authored by Karl Marx, accuse your enemies of exactly what you’re doing, if you cannot out debate them than attack them personally! But, none of it worked! Donald Trump was too independent of the Beltway, already successful not needing the under the table money used to enrich so many of the Democrat Senators and Congressman who come to Capitol Hill looking for wealth at the expense of the American people! 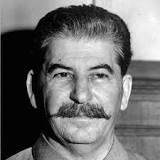 Impeachment, perhaps the biggest lie of all used as opposed to a bloody coup de tat that the Democrats might resort to if the American public were not so well informed about current events if the not the truth about the Democrats, the left, their donors, and the complicit press corps who refuse to report damaging facts or simply spin the truth into their own diatribe! We aa a nation are now in the most threatening posture ever. Even World War II could not have been more disastrous for the republic because then at least we knew who are enemies were! Now, the forces of evil have managed to confuse, distract, and recruit the unsuspecting into a war against the very country in which they live! Turning them against a President whose policies have led to the greatest prosperity of perhaps all time, less unemployment than in any time in history, energy production that now has the US out of the influence of foreign oil dependency, along with the biggest tax break ever, yet the Big Lie will demonize this man, this leader, this patriotic President! 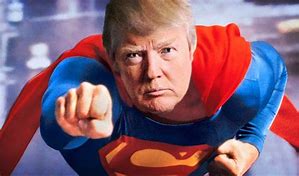 The “Big Lie” was perfected by a Nazi. Joseph Goebbels, Hitler’s Minister of propaganda was instrumental in selling the German people on acceptance of policies of genocide, justifiable brutality, and a manifest destiny of military imperialism that might have eclipsed the world over had the Allies of the west not responded in time and with the proper might that it took in material and lives to stop the darkness of evil from converting the world into a prison planet! Yet, again and again, the Big Lie re-emerges over another false ideology ready to enslave the masses once more.

Chris of the family Masters commented on the mighty bull's blog post Now how stupid is this?
"Big secret... Never sign anything which cops gives you. In the absence of real crime, this becomes…"
8 minutes ago

Burbia commented on TommyD's group The Chuckle Hut
"LP, lol. Thnx. That was funny."
1 hour ago

Chris of the family Masters commented on the mighty bull's blog post Now how stupid is this?
"The shareholders of the company need more money. The quota given to cops is not enough."
5 hours ago

Doc Vega commented on cheeki kea's blog post Trust in police Destroyed ! politically motivated gun raid against young family.
"My experience with police has been 2 fold. Sometimes certain individuals can be Gung ho self…"
5 hours ago

17th January 2020I thought I should write a blog on coronary artery calcification (CAC), as it has…See More
5 hours ago
0 Comments 0 Favorites

Chris of the family Masters favorited the mighty bull's blog post Now how stupid is this?
6 hours ago

Chris of the family Masters commented on the mighty bull's blog post Now how stupid is this?
"Need to learn how to deal with them."
6 hours ago

Amaterasu Solar replied to Amaterasu Solar's discussion The Snowflake Effect
"More to the point...  Snowflakes will CHOOSE to hurt, and choose to crawl into shells or…"
6 hours ago

When you show your date the collection

"When women look at men like us, they just think "beefcake". But there's a mind in…"
7 hours ago

"Because of India's streets and Liberia's beaches, scientists and historians say their…"
7 hours ago

"Burbia, notice in the nerds / geeks image, both are depicted as Jews. I remember asking my parents,…"
7 hours ago

Burbia commented on James Roberts's blog post Trump Says 'It Doesn't Really Matter' if Soleimani Was Planning 'Imminent' Attacks on Americans
"If Epstein had collected evidence to hold against anyone with power, Trump looks like he is acting…"
8 hours ago