Last week the New York Times released a cartoon showing Netanyahu as a seeing eye dog leading a blind President Trump of course with the Star of David displayed on the Jewish character. Three days later a supposed 19 year old US Border Patrol Agent walks into a Synagogue and begins shooting! Is there any correlation? How did President Trump have any possible part in the insane murders of people under these conditions? Yet, the US media can be counted upon to make some kind of a connection and assign blame to our President.  The question is, would such a circumstance ever have been attributed to President Obama as he led America through 8 years of intended decline? Of course not! Never!

But, let’s get down to the bottom of what is really happening. The Democrats who have lost in every gambit they have fabricated and who stand to lose big time once the FISA Courts who have already ruled that there was illegal surveillance ordered by the FBI and members of the Obama executive branch, not to mention a report due shortly from Michael Horowitz, Inspector General, and the results of an investigation into former FBI Director James Comey who leaked classified information out of the White House to the press, their only last ditch effort will be their typical false allegations and slander. Just as the Brown Shirts and the Nazis denounced the Jews and all of their political opponents prior to World War II, the Democrats have used ANTIFA to attack Trump supporters, violent protesters to shut down conservative lectures on college campuses, and have denied 1st Amendment and 2nd Amendment rights anyway they can.

History repeats itself sadly enough when factions like the left and the Democrats are busy destroying they very country they live in and enjoy their freedoms within. That being said let use examine just what or who stood to gain from another senseless massacre of innocents at a Jewish congregation in San Diego of all places in the state of California, a leftist compromised sanctuary state that has allowed a killer to escape justice after the shooting death of Kate Steinle just because the murderer was a 5 time deported illegal alien and regardless of the fact that he was a drug dealer. What a perfect environment for a false flag operation!

With the well-known CIA mind control programs such as MK Ultra, the hostile political environment of California, and the peculiar events that occurred aided by the typical dereliction of duty by the US media we can see several factions working together, and they always do. Why was it only Fox News who gave the complete story that an ex Iraq War veteran actually assailed the attacker, chasing him out of the synagogue after his rifle jammed?  The first news reports omitted many facts. Why was the fact that the doctor who was present when his wife was shot trying to shield the Rabbi that the assailant tried to shoot fainted attempting to administer to his own wife alongside the war veteran? Why as the news media went on a tangent saying the shooting was the President’s fault fail to mention that Donald J. Trump contacted the Mayor, the Governor, and the Rabbi. The grieving Rabbi even admitting that his conversation with the President had been very soothing and reassuring, why?

There are two reasons that these insane shootings will continue until a concerted effort is made by authorities to begin connecting the dots and investigate thoroughly enough to identify this insanity as being a conspiratorial effort. The Democrats will stoop low enough and even commit murder in order to achieve their twisted agenda. Why not ask Seth Rich, Michael Hastings, and Dean Lorich, each of these people made the mistake of crossing Clinton, the DNC, or the military under the Obama Administration, but then there are the other ulterior motives. Ask yourself in the case of the good doctor who renounced the Clintons over issues in Haiti. How does a successful doctor commit suicide with a knife? It just doesn’t make sense.

Worldwide we are seeing attacks against Christians in Africa, France, the US, and the Middle East. The US media covered the attack on a Muslim Mosque in New Zealand but conveniently failed to mention an even more vicious attack upon Christians in Africa. Why? Are African Christians less worthy of media coverage or is it simply part of their agenda? Notre Dame, a series of church attacks in the weeks that preceded smearing human excrement over Christian churches, the bombings in Sri Lanka merely the deaths of Easter worshippers according to Obama and Hillary. Do we see a twofold pattern here?

The shootings by the typical disturbed lone gunmen, the classic findings of the US media ever since the Kennedy assassination covers the true motive and the perpetrators behind the shooting. Ask yourself why the shooter, a 19 year old kid working with the US Border Patrol in the state of California is somehow a White Nationalist? Why, after he was chased out of the synagogue by the US war veteran did he then call 9-11 to be picked up, was there a sudden tinge of regret? Was he fearing for his life, my God, he had an AR-15 and he had been shooting as he drove away? What kind of insane news story was this? It doesn’t make sense and neither do the omissions of the news media with the exception of Fox news! Yet, these are the kinds of contradictory stories we run into when these inexplicable events take lives and are covered with an angle by the fake news networks.

These false flags will continue until gun control has given the left and the Democrats what they want-the end of private gun ownership! 2) Using these attacks to fabricate their “White Nationalist” rhetoric so they can create a new talking point, a new villain to accuse the president over, a new narrative they can bring to the 2020 election in another of their lying attempts at trying to get a Democrat Presidential win! But, here’s the thing. The Democrats are much too insane and desperate to realize that the further they keep hammering away at the Russian collusion obstruction allegations, the more they continue to lie and fabricate distractions it won’t stop the inevitable flood of criminal referrals already handed to the Justice Department by Devin Nunez, the FISA Court unredacted applications, the charges that will be filed against Hillary Clinton, Sally Yates, Peter Strzrok, James Clapper, John Brennan, James Comey, and more! Their rationale and desperation will justify the murders that will, in all likelihood continue!

A well-known tactic in military style operations is known as compartmentalization. All factions cooperating in a mission must minimize cross talk and the exchange of intelligence between each other particularly when the DNC, the US media, and the hired killers are all working under the same tent. To minimize guilt by association, revealing conspirators, or the collusion of the acting elements the operation to foil Trump’s bid for re-election to foil the private ownership of guns, and to continue to demonize conservatives the machinery must operate seamlessly as though all events are merely coincidental! 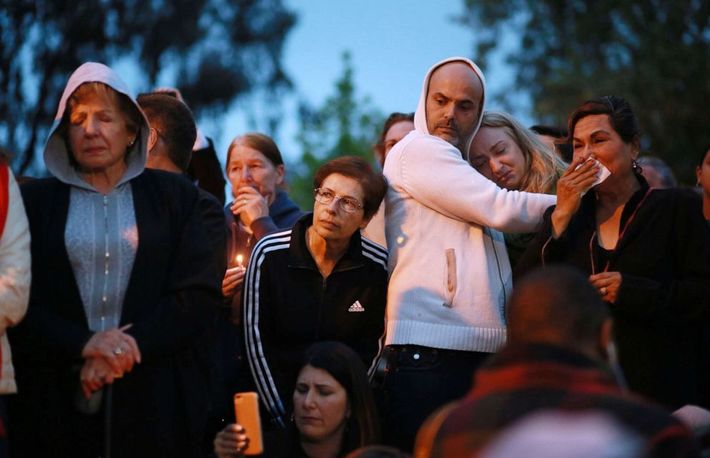 Doc Vega - As with so many other things, I wish to God I was wrong. This lesser-of-two-evils thing has gotten us right where we are now. I was very encouraged that the people didn't automatically do what Hollywood and the TV news told them to. But getting people off their butts for one vote in four years is not nearly enough, and look how much effort that took. The system can not be reformed by peaceable means. It's way past due. And Trump is NOT on our side.

Doc Vega - A lot of big talk. Legalizing hemp is nice, but there's Assange, locking Hillary up, ending the wars, ending illegal immigration, Nikki Haley, John Bolton, Gina Haspel, and on and on and on.

"We need a lot of people coming in, to fill jobs at American companies."

I rest my case.

James Roberts so you're siding with the shooter's bullshit dogma hate speech? Trump is the only American president who has sought to make any improvement in the favor of the people for decades since Ronald Reagan. I've been self employed I've seen what the laws and trends of government have been about long enough to know the difference in parties and administration and I never gave a shit about Trump until he began addressing issues that neither the fucking Democrats or the impotent GOP would refuse to remedy or even speak about! He began pressuring both parties and forcing them to respond. He began a whole new conversation and totally influenced the nationwide media when the others refused to do shit and in 2 years he has 300 accomplishments as opposed to his limp dicked predecessors! Sorry I don't agree!

Diana you're always right on the money!

Here's the shooter's self question and answer that he allegedly posted.  Doesn't sound like a Trump supporter to me.