Only one crime was solved by each 1,000 CCTV cameras in London last year, a report into the city's surveillance network has claimed.

In one month CCTV helped capture just eight out of 269 suspected robbers.

David Davis MP, the former shadow home secretary, said: "It should provoke a long overdue rethink on where the crime prevention budget is being spent."

He added: "CCTV leads to massive expense and minimum effectiveness.

"It creates a huge intrusion on privacy, yet provides little or no improvement in security.

Nationwide, the government has spent £500m on CCTV cameras.

But Det Sup Michael Michael McNally, who commissioned the report, conceded more needed to be done to make the most of the investment.

He said: "CCTV, we recognise, is a really important part of investigation and prevention of crime, so how we retrieve that from the individual CCTV pods is really quite important.

"There are some concerns, and that's why we have a number of projects on-going at the moment."

Among those projects is a pilot scheme by the Met to improve the way CCTV images are used.

Officers from 11 boroughs have formed a new unit which collects and labels footage centrally before distributing them across the force and media.

Permalink Reply by WTRH-AM-AE on August 25, 2009 at 3:25pm
Communism Corporate Television on channel 187 via satellite

Permalink Reply by Dossier Caveat on August 25, 2009 at 3:44pm
They rather watch certain people than watch for crimes in progress. Just like satellites in space. All of that technology and the CIA, FBI, and Police let small crime suspects, and murderers run rampant for years. Goes to show you that this technology is meant to track and monitor certain people for specific reasons. Just a piece of a large PUZZLE

And that was one of their best years. 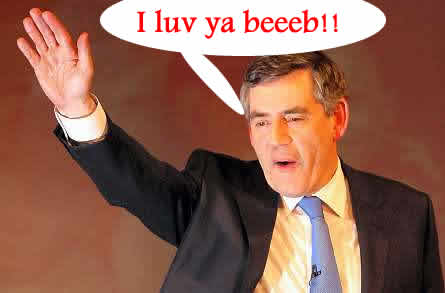 This group is intended to be a collection of comments that are funny. Some may need to be put in…See More
6 hours ago
108 Comments 5 Favorites

Burbia commented on Burbia's group The Comment Section is Closed
"This Movie Trailer Karen has the potential to be a cult classic."
13 hours ago

Never Had a Vaccine in 60+ years

Love The Jews,as they will Love You

Jews Use Degeneracy to Destroy your People,Look at America Today

Good Dog,one down,6 million to go