8 Reasons Why The Great Depression Is The Best Case Scenario

We are on the verge a collapse far greater than the Great Depression and we are far less capable of taking care of ourselves. Our way of life is dangerously dependent upon the ability for us to create unlimited amount of debt and the willingness of others to buy that debt.  This way of life has a mathematically inevitable end and things that cannot go on forever, won’t.

Let us look a 8 reasons why the Great Depression is the best case scenario and also look at how difficult the Depression was for people who were far more prepared to deal with a harsh world.

I would like you to take a few seconds to look at the faces of shame in these photos from the Great Depression.  Look at the face of these people and ask yourself, do you think that if given the chance to do something different than the path they chose before the depression?

Do you think that these people were aware and prepared for a collapse?

Did they have the mental or physical assets in place to deal with a new paradigm?

What makes you think that you are better than these Americans?

If you think it is hard to hear your child cry when they don’t get their way, wait until they cannot get food.

If you think it is hard to get a job in this economy, wait until there is no economy.

This car is this entire family’s wealth.  The average American right now is worth less than an average Bangladeshi peasant.  The peasant does not have trillions of dollar of debt tied around their necks.

Physical poverty is one thing… Mental poverty is another.  Everything you know probably is dependent upon this paradigm.  What real value do you have in a post dollar collapse environment?

We can survive anything together, but even the average American family has been divided and conquered.

How many mothers are going to sit in regret that they did not prepare themselves or their children for a collapse?  How many wished that they not wasted their time energy and money chasing after things that mean nothing?  How important is fashion, soap operas, or reality TV?

How many fathers will regret that they did not spend more time with their children?  How many men sacrificed time with those that mattered chasing after and illusion that failed them the moment they reached for it?  McMansions and Ponzi retirement are the real dream, while we now dream about the real relationships and opportunities gone.

Emotionally tough people can make it through.  They can adapt and move on.  Emotionally weak people break, because they have never been challenged.

The very real world coming takes a lot of real effort and patience to succeed and that is something we are in very short supply of as a society.

Tent cities are here and the crippling poverty is just starting as the Elite start the final theft.

“It wasn’t much, but we had each other.” stands in stark contrast to today where we have so much but no one to share it with.

Generational support has been ripped from our human experience and is a key to getting back on our feet.

The most famous picture of the Depression was of Florence Owens Thompson taken by Dorothea Lange.  The photographers notes from the 10 minute photo shoot were a follows…

“Seven hungry children. Father is native Californian. Destitute in pea pickers’ camp … because of failure of the early pea crop. These people had just sold their tires to buy food. I did not ask her name or her history. She told me her age, that she was 32. She said that they had been living on frozen vegetables from the surrounding fields and birds that the children killed. She had just sold the tires from her car to buy food.“

All of those things that we worked so hard for become worthless when the paradigm collapses.  The worst part is most of the stuff Americans buy are cheap stuff from China that will either break or have no real value in the next paradigm.

Those that have been breed to thrive in a collectivist paradigm, to do as they are told and not ask questions, will be left destitute when the paradigm collapses.  Only those that use the power of the Triviumwill be able to adapt to a new reality.

Men will be split from their families as they seek opportunities far and wide.

Women will have to endure not only their world falling apart but trying desperately to shield their children from the harsh new reality.

“Those that did not see this coming, won’t know what to do when it get’s here.” -Jim Puplava

You can be aware and prepared by simply joining the FREE Sons of Liberty Academy.

Wake Some People Up!
more

Permalink Reply by bryan l on September 27, 2011 at 2:05am
i bought good tools. not the cheap stuff from china.

Permalink Reply by Cryptocurrency on October 3, 2011 at 8:51pm
Great points Maria and wonderful images of such clarity to stir the imagination.

Best case scenario is not nearly always the most probable outcome. Of all outcomes it is the best.

@Honestlee, the title of this thread means the last depression was a picnic compared to the next depression - Not hard to understand that

Very impactful thread Maria. When I was a youngster, Out of curiosity one day, I asked my dad if people used to live in those humpies (we call them), I saw in paddocks as we were driving past them ? He replied: "Yes, of course" - Years later when I learnt more about recent history, I put two and two together, destitute people staked out anywhere squatting in paddocks on farmers' land or on the banks of creeks for water and under trees for shade. Many mentally affected people from the '29 Depression never recovered from it, right up until the '50s we spotted some still living in humpies. That's when the govt adopted a policy of "Public Housing" and creating jobs, many menial for the low skilled. But that was the real start of socialism in Australia, it just escalated from there to the point now where there seems to be no turning back from it - and that's the problem! We're now living in a false wonderland devoid of REAl education for enduring survival

In my opinion, this part was the most important and needs to be understood thoroughly in today's state of economies and the money manipulation that's going on everywhere...

“Between stimulus and response, there is a space, and in that space, is our freedom” -Viktor Frankyl

We have all heard of a “classical education,” but few know what that really means. It was based on the Trivium of Grammar (Observation), Logic and Rhetoric. Grammar (Observation) the rational and unemotional observation of symbols, situations or facts allows truth to be observed. Logic is processing the current set of facts and logically thinking about what will be the logical consequences of, or the best course of action in light of the observation. Rhetoric is the ability to tell either yourself or others of your observation and your line of thinking.  This foundation of education gave the pupil the ability to learn everything from astronomy to music. This is why so many of our Founding Fathers were able to speak 7 languages and were inventors, architects and political theorists.

The Forgotten Man: A New History of the Great Depression 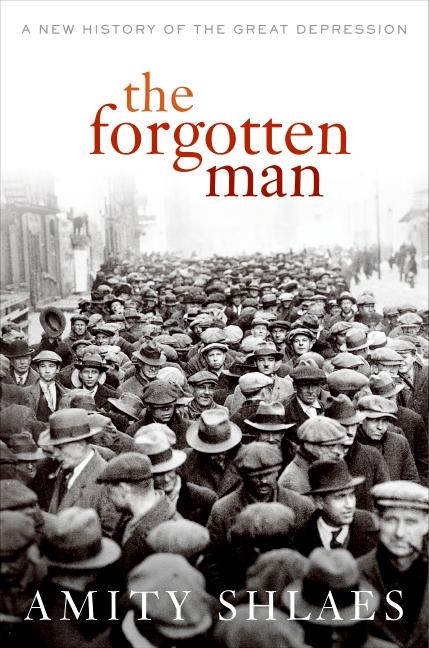 "Netanyahu The Zionist is really hitting the Palestinians hard, but MSM won't tell you…"
7 hours ago