Are They Burning Dead Bodies In Wuhan, China To Hide The Inadvertent Release Of A Mortal Nerve Toxin? ( I vote plausible)

Are They Burning Dead Bodies In Wuhan, China To Hide The Inadvertent Release Of A Mortal Nerve Toxin? 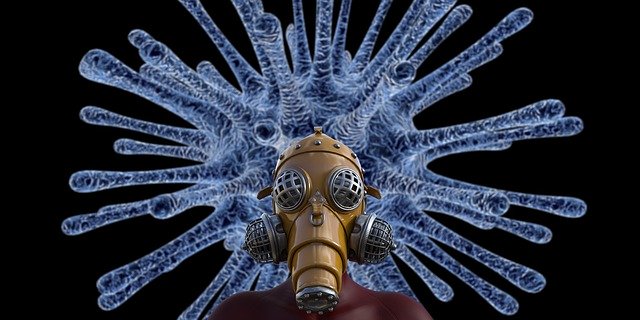 A marginally credible website (UFO Spotlight) has over a half-million views for its chilling OMG report that states the true magnitude of China’s coronavirus outbreak, when unmasked, is unfathomable.  (This author is not posting the exact URL over concern for the spread of more misinformation.)

Said to originate from an interview of a Chinese intelligence officer, who says he is in grave danger, because this infectious disease outbreak is being used to consolidate political power and control over their population and that sources inside the U.S.A. are complicit with this hidden agenda, namely to manipulate and control thinking patterns of its citizens and strike a terrifying level of fear that gets the masses to do what their overseers demand.

The story says there is no coronavirus.  That was all made up to cover for the horror that resulted from a toxin that was mistakenly released.  This report talks of 21 vials of some sort of transmissible and invisible aerosolized nerve agent that was in the process of being handed off from Chinese to CIA-western security agents when it was dropped at an open market and began to spread.

The report says China bought a weaponized Wuhan virus from the U.S. to cover for release of the nerve toxin.   The toxin was intended to induce mental decline and reduction of higher thinking processes.  It ended up causing panic attacks with rapid deterioration of entire systems in the body, with arteries melting and tissue disintegration that caused its sufferers to beg to be put to death.  Fatality rate is 100% says this 1st-person report.

An eerie video is shown of a fleet of disinfection trucks that release a foggy mist, combing through the streets of Wuhan at night.  Even the very existence of these trucks is very fear-evoking.  Only a special mask protects against it, says the report.  Newly constructed hospitals, says this Chinese military officer, are just morgues. (Is your hair standing straight up now?)

Here is the truth:

There ARE millions of dead bodies being incinerated in or near Wuhan, China, the epicenter of the current coronavirus epidemic.

As evidence is the smoky air that is seen in Wuhan.  Called the “coronavirus death smog,” self-proclaimed whistle blowers claim the sulfur dioxide smoke, commonly seen in aerial photos of the city of Wuhan, emanates from incinerators and serve as evidence of mass cremations.  And there are sulfur dioxide maps to prove it.

Sulfur dioxide is a smelly gas (like burnt matches) released naturally in the atmosphere, usually from crude oil burning in power plants or other factories.

Months before the coronavirus outbreak there were protests in Wuhan over installation of a waste incineration plant.  Were Wuhan residents wary of an incinerator that could be used to hide the dead bodies in a mass culling of the population?

It is reported there are 84 incinerators in funeral homes in Wuhan that have a capacity to perform over 2000 cremations in a day and that they are working around the clock in recent weeks.

A Radio Free Asia news report says there are ~70,000 infections in Wuhan, but an unconfirmed source in China says there are over 500,000 infections.  With a 2% mortality rate, that would result in more than 10,000 deaths, not the ~2000 widely reported.  While this is speculation, the numbers can’t be confirmed by digging up graves; incinerated bodies are ash.

Most human populations have no pre-existing antibodies against this newly mutated coronavirus, save for the few who have been infected and developed their own antibodies naturally, without a vaccine (there is no approved vaccine).  So, fear strikes deep and fast around the world with the prospect of a massive die off of human populations looming in the back of people’s minds.  The world’s masses could be forced to comply with their overseers to spare themselves such horror.

If this mutated coronavirus, or the inadvertently release toxin have killed millions (half of the population in Wuhan, China, is missing, said to have fled the city once quarantines were announced).  Did mass numbers of missing humans die from mutated coronaviral infection and/or the nerve toxin with a resultant government ruse to hide what would be the greatest loss to human life since the Black Plague?

But hold up.  The news reports are sensationalist, used to draw web traffic from all over the globe. The millions of dead bodies being incinerated are pigs, not humans.

Another viral outbreak, the African Swine Fever, has been devastating swine herds in China and Europe since 2018, wiping out roughly one-quarter of the world’s pigs.  The African Swine Fever is highly contagious and kills off pig herds rapidly, but does not threaten human populations.  China used to have 440 million pigs, a number that has been cut in half.  China’s hog business has reportedly sustained $1 trillion of losses since August 2018.

But the satellite images showing sulfur dioxide (SO2) clusters in the Wuhan area represent commonly high SO2 levels.  The satellite data emanates from forecasts and probabilities and may be error-prone says a report in EURONEWS.

If anything is being incinerated in masse, it is Swine Fever-infected pigs.

But a question remains: is the COVID-19 coronavirus really a virus?  Or is it some other pathogen?  That will be the subject of my next report.

CRIKEY!  I hope its not

I heard a few weeks or months ago that Speculators were running the price of Bacon and other parts up and would soon be a shortage here, or at least priced way high. It was where China was buying pork up as they had lost most of their Pigs from a disease. Something happened with their Cattle too but local prices haven't seen a raise yet.

Somehow, this makes sense. Thanks

I don't see how a nerve toxin could be responsible. Yeah, a tiny amount of Sarin can kill a million people, but it has to be dispersed widely in order to reach them. And your basic fluorophosphoric acid nerve gasses (Sarin, Tabun, VX, etc) are broken down by exposure to water. They don't stick around a long time after being released. And they kill almost instantaneously after exposure. It doesn't take days, more like 15 minutes, tops, even for cyanide gas. It has to be a living, multiplying organism.

How do we know what exactly they are incinerating in China pigs or humans? Why is all of this cremation going on only in Wuhan? Without a valid source of information from China we can not know.

I don't agree with the nerve toxin hypothesis at all. This appears to have all the telltale signs of a pandemic outbreak that is being mismanaged and under reported.

I agree that the situation in China can not be from a nerve toxin. It has to be either a biological agent such as a weaponized virus or a biochemical agent. If the source from the Chinese Intelligence officer is legitimate this may well be a biochemical agent released intentionally and then got out of control. There also could be another component that being 5G launched in Wuhan during 2019.

stormtruther commented on stormtruther's blog post Education, mind control,  and population reduction
"This keeps getting deleted on before its news, not sure why"
1 hour ago

Now What? Can you find the deception?

stormtruther commented on Doc Vega's blog post The True Meaning of Memorial Day Part II
"https://www.spingola.com/new_world_order5.htm After the defeat of the Prussians (Germans) by…"
3 hours ago

stormtruther commented on Doc Vega's blog post The True Meaning of Memorial Day Part II
"I feel like this every anzac day, i want to honor their bravery but know "Galipoli" we…"
3 hours ago

Doc Vega commented on Doc Vega's blog post The True Meaning of Memorial Day Part II
"Central Scrutinizer, Dude I am focusing on the sacrifice of those brave enough to serve nopt the…"
5 hours ago

Central Scrutinizer favorited Chris of the family Masters's blog post Are you still pro-vaccine?
12 hours ago