The Australian Religious Response to Climate Change, a “multi-faith network committed to action,” has released a “Christmas Carols Against Coal” songbook featuring a ‘reimagined’ collection of well-known Christmas carols, many of which are considered holy Christian hymns.

A video posted by the Pitt Street Uniting Church, which describes itself as a “progressive Christian faith community of justice-seeking friends in the heart of Sydney” features singers performing the climate carols.

“We still sing traditional carols and celebrate Christmas!” the church says. “We also believe that God wants us to care for the earth. 97% of climatologists believe that climate change is real, and that it is in part caused by human activity.”

“Many of the carol tunes have survived for centuries and they’ll survive this playful engagement with them.”

Chris Kenny, associate editor of the Australian, asserts the “green left are trying to steal Christmas” in a report for Sky News Australia. 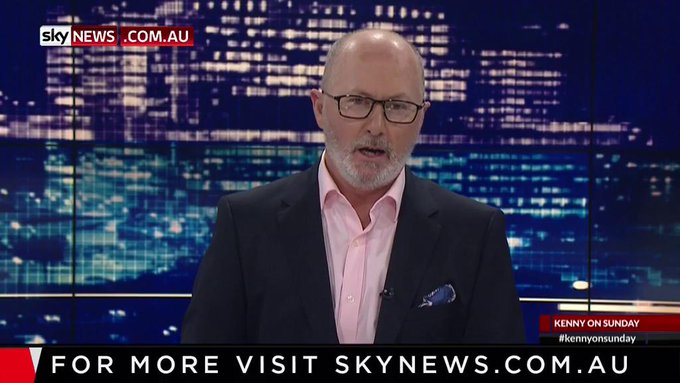 'Don't turn our Christmas into a green-left political campaign.'

225
12:32 AM - Dec 16, 2018
233 people are talking about this
Twitter Ads info and privacy
“It’s really silly, nasty stuff,” Kenny said. “You don’t know whether to laugh or cry because what they’ve done to these songs is so hilarious on one level, and on the other level it’s just so annoying and deflating to see people doing this to Christmas.”

“It’s all about taking Christmas and our most cherished Christmas songs, and turning them into political campaigns, especially directed at changing Labour Party policies. This is just too stupid for words.”

Kenny also reports that another choir group performing climate carols was “born as a result of community members wanting to do something positive for refugees.” 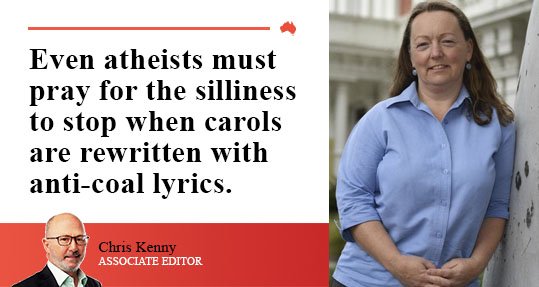 The Australian
✔
@australian
The Harmony for Humanity Choir was “born as a result of community members wanting to do something positive for refugees”. Just how 'Carols against Coal' would help refugees, I am unsure, writes @chriskkenny https://trib.al/Lipihxg

32
1:02 PM - Dec 14, 2018
33 people are talking about this
Twitter Ads info and privacy
Titles from the songbook include, “Silent Night, Smoky Night,” “Away In a Coal Mine,” “Extremists On the Hard Right Claim,” and “Deck the State With Solar Panels.”

The full songbook with lyrics can be viewed HERE.

Permalink Reply by Chris of the family Masters on December 19, 2018 at 7:16pm
They deserve boycott of performances.

Or a bolt of lightning!  lol

The CoVid antibody tests are a fraud

Comes as no surprise since until recently the presence of antibodies indicated health. Now, in…See More
30 minutes ago
0 Comments 0 Favorites

Mr. Sizzle replied to steve's discussion It's just a mask NO it's one more fkn order from nothings playing master
"Good post Steve.  I recently saw…"
1 hour ago

Mr. Sizzle favorited steve's discussion It's just a mask NO it's one more fkn order from nothings playing master
2 hours ago

Pretty good rant from Henry over at FTTWR

Just a warning for those with snowflake ears, Henry tells it like it is. He exposes the lies of…See More
2 hours ago
0 Comments 0 Favorites

Hey All, Except for the obligatory "holo HOAX mention this is a damn good satire.Steve…See More
3 hours ago
1 Comment 1 Favorite

"Do I need to post some Johnny Rebel?"
3 hours ago

"Damn C S, You could have given some kind of warning, the  3rd verse damn near made me blow a…"
3 hours ago

"Hey, it's gone, must be great vid. Good on FB's consequential actions sending traffic…"
5 hours ago