Hidden history on the planned destruction of America Part I 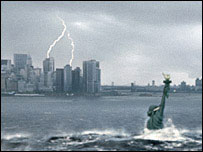 It has often been said that history is recorded by the victor.

The conqueror usually gets to write the pages of history the way he wants. We have seen examples of history being rewritten in our time with the Japanese denying the atrocities they committed in World War II and true accounts of World War II being expunged from German public school books, even using old US sitcoms such as “Hogan’s Heroes” to ad humor to what was a grim time in human events.

There have been even more insidious deletions and alterations to American history that few are aware of. Your progressive classroom lessons never would have contained the information I am about to share, nor would they want you to know as this would lead to a lethal exposure of who and what has molded our society. And that’s just not in their plan.
Ever since the early 1900’s the United States has been under attack from within, from those who hate everything that free choice, individual rights, and the pursuit of happiness as expressed by our forefathers. The torch of liberty is a guiding light to many seeking it who have lived in oppression, or something to be despised as has been evidenced by President Obama and his idealistic czars.

Today America languishes under a false rule of oppression and conformity, conformity to the will of liberalism which is against everything that the framers of the US Constitution intended. For decades socialists and collectivists have attempted to chip away at all that made this nation great, but with little success until President Obama and his radical administration became the ruling class. They weren’t interested in if the American people were ready or amenable to radical change, they were committed to forcing it upon us whether we wanted it or not, whether it was legal or not, whether it was Constitutional or not. It has remained as such ever since January of 2009. Since then we have seen nothing but lies, chaos, social division, and economic decline.

This was intended. It was sanctioned. It was not a happenstance dictated by random chance or an unorchestrated chain of events. America’s downfall was to be ensured by actions of the federal government, the US media, and corporations whose allegiance doesn’t involve America.

We are now living in an era where a rogue government operating under the color of law has taken over. Voting experts have testified that the recent election was fraught with fraud, yet with Attorney General Eric Holder’s disinterest in enforcing voting law violations, an assured outcome was guaranteed. Barack Obama was criminally re-elected despite the entire cloud of deception over his identification, place of birth, country of origin, and college records which have remained locked down. However, a federal government that refuses to police its own will definitely not uphold the law in the interests of its citizens.

Ask yourself if anything makes sense anymore, morally, politically, or socially. Why are laws being used by the government setting into motion a police state? Why do so many senseless shootings coincide with the exact time that Hillary Clinton negotiated for gun control with the UN? Why have Department of Homeland and TSA purchased millions of hollow point bullets? Why did President Obama sign the NDAA measures into law when he originally stated that he would not? Why has FEMA built 800 detention facilities across the country in rural and remote areas, some have been observed being occupied by foreign troops. Why has nationalized medicine been enacted when 62% of Americans disapproved while unions and other political contributors were allowed to opt out?

If you can answer these question in support of the Obama White House, I strongly suggest that you re-evaluate your educational background as well in what country you were born, because America was never intended to be a socialized society. Please don’t use the argument of the age of the US Constitution and the Declaration of Independence, those men were smarter and better educated than we are now! To simply read the manner in which they expressed themselves is an incredible insight in itself. They’re written and spoken word was eloquent compared to the slang English we use today.

As I’m writing I’m wonder how any of you could possibly consent to having your money, property, and future wealth subject to draconian taxation in order to support an huge entitlement population who have nothing to do with retirees waiting for their Social Security checks, or disabled and incapable of work individuals. You have been tricked by such phrases as “Social Justice” which have nothing to do with the literal definition of the words when it comes to collectivist or Communist rule. Social Justice is a form of rationalization that pertains to a socialist doctrine of heavily, centralized, government control, peasants with no ownership rights, state controlled media, and an economy that is so regulated it can’t possibly flourish or yield an honest profit for the efforts that go into the work it takes to earn a living. And you would actually submit to this?

We have a history that has been hidden. The books in public classrooms will never reflect the efforts made to inject Communist Socialism into public schools. The history books will never mention how millionaire families like the Vanderbilts, the Warburgs, and the Rockefellers created and funded supposed educational trusts to allegedly philanthropically encourage quality education when, in truth, they were rewriting history to lean toward socialism. They were developing ways of introducing Communist content into the young minds of elementary school children. Under the aegis of “Progressive” education they were merely molding the minds of the young accept allegiance to the state rather than their very own families.

There is so much more to discuss when looking at the present transformation of America into a welfare state, a police state, an abomination in comparison to its former self, and yet many of you are simply oblivious to the events around you as trouble brews just over the horizon, and your future trembles as the trouble looms ahead like a thunderhead in the distance. That thunderhead in the distance is the imposition of laws so unbelievably restrictive and punishing that your money will vaporize in taxation as the value of the US dollar plummets. But, ridiculous, you charge, nothing but paranoid speculation you mumble half heartedly. “Just another conspiracy theory!” You add dismissively as the smoke of your burning republic begins to smite your eyes. Things are changing. I guarantee that, but they’re not changing for the better. In Washington new laws are being passed and President Obama signed 1000 executive orders that bypass Congress and go into law as heavily restrictive acts, and the rights of Americans fading away in the presence of an out of control federal government.

Part II will give more of an ominous future that is to come!

MAC replied to MAC's discussion Jordan Peterson’s Plan to DESTROY The World Economic Forum!!!
"thanks Steve, good to know this."
4 hours ago

Less Prone replied to steve's discussion Setting the Record Straight; Stuff You Should Know About Ukraine or Pooty poot says FAFO
"State of the union, in most countries..."
15 hours ago

Our thoughts on the newly discovered "rule" that prohibits video recording in National Parks, and uploading it to YouTube channels that are monetized.
22 hours ago
0 Comments 1 Favorite