Really, amazing, actually. In general, the revenge is a dish best served cold.

Moscow has acknowledged receiving a call request from Washington on...

Russia confirmed the receipt of a request from the US State Department on Thursday seeking a call between the two country’s top diplomats, Sergey Lavrov and Antony Blinken.

A conversation between the pair may take place as soon as the busy schedule of Lavrov allows, the Ministry of Foreign Affairs has said.

Lavrov will “pay attention to this request when time permits,” the ministry’s spokeswoman, Maria Zakharova, told journalists, referring to Washington’s request for a phone conversation between Lavrov and US Secretary of State Antony Blinken.

Earlier on Thursday, State Department spokesman Ned Price said at a news briefing that the US “made it clear to the Russian Federation that we are seeking a conversation between State Secretary Blinken and Foreign Minister Lavrov.”

The request was conveyed to Russia “directly” and “repeatedly,” Price said. The US expects the two top diplomats to “have an opportunity to speak in the coming days,” he added.

It needs no additional elaboration--Sergei Lavrov's schedule is extremely busy, obviously, because Russia is so "isolated", that it will be problematic for him to find time to talk to some low-class schlimazel who is to diplomacy as I am to Chinese choreography. So, using good ol' Russian saying--в очередь, сукины дети, в очередь (Get in line, sons of bitches, get in line). Lavrov undeniably read Bulgakov, that goes without saying. In the same time, I can only imagine what an emotional satisfaction Maria had when stating this:

Zakharova said on Thursday that the Russian foreign minister currently “has a busy schedule with international contacts,” including a Shanghai Cooperation Organization ministerial summit and some bilateral meetings.

Meanwhile Russia's "isolation" is so complete, and Russia is so "insignificant" economically and technologically, that even fanatical Russophobic BSers from Daily Beast had to admit:

Nah, don't worry, Tony Ho Tran (yes, that's the name of the author of the piece), who needs this insignificant "gas station masquerading as a country"? Come on, I am sure Russia's withdrawal from ISS will be unnoticed. This doesn't prevent this whole piece being filled with all kinds of BS, starting from "discussion" of Russia's upcoming space station ROSS, to asking an "expert" Wendy Whitman Cobb to comment on Russia's space program. Here is Wendy's CV and... drum roll..she has a Ph.D in political "science", meaning she has no education at all. 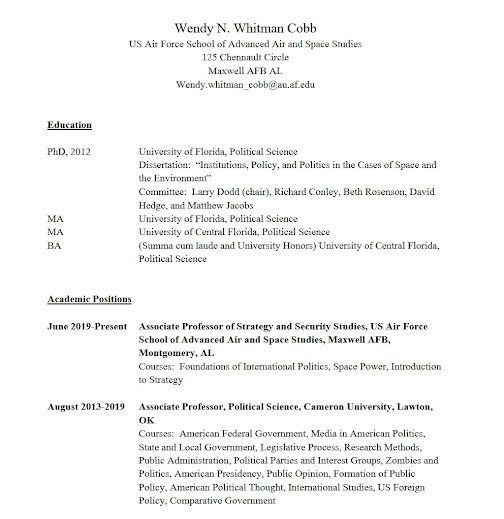 That may explain (partially) why the US is nearing the bottom. With "experts" like these, who needs the enemies? The United States institutionalized illiteracy and ignorance and called it "education".

Reminiscence of the Future... : How The Tables Have Turned. (smooth...

These limp wristed cucks and man hating dikes in DC have no idea how REAL MEN behave, the usa is now like a 55yr old whore at a college of yum yums. You just watch how fast this tide turns when the power goes nyet and uncle sam is standing there with his pecker in his degenerate hand all blistered with "schlong covid" (term for monkey pox coined by mark dice) while all gubberment offices are headed by head cases(mentally ill) Yea this whole system needs flushed as it's head on back to basics time.

Exactly.  Everybody from Russia, China, Israel and even Ukraine is telling the USA what to do.  Saudi Arabia dismissed Biden.  “Ooooh I’m So Scared’: Mexican President Mocks Biden’s Trade Threats.  Nobody respects this government, and they shouldn't.  US is no longer the bad ass that is to be feared and people need to wake-up and realize our new world position.

cheeki kea commented on Doc Vega's blog post For Those Who Fight Evil
"Brains of sheep moving to slow. Lower IQ begins to show, mass immigration diluting the nation, of…"
16 hours ago

"First you see the Nordic ladies in their beautiful costumes and then you see IT. Looks like Finland…"
17 hours ago

cheeki kea commented on tjdavis's blog post Canadian Government Asissting Suicide
" Oh wow That was really said. " Trained to Eliminate those that are suicidal" Not a…"
19 hours ago