The January 6 Committee on Tuesday trotted out a grifter no one has ever heard of to breathe life into the Maoist show trials.

Cassidy Hutchinson, who served as a senior aide to former White House chief of staff Mark Meadows testified against Trump.

Ms. Hutchinson on Tuesday testified that Trump was aware January 6 rally attendees had weapons and were wearing body armor.

She also claimed that Trump lunged at a Secret Service Agent as he shouted demands.

Hutchinson said Trump got into “the beast” after his speech at the Ellipse on January 6 with the belief that he would be driven to the Capitol.

According to Hutchinson, who received this information from Tony Ornato, the Assistant Director for the Secret Service, Trump grew angry after he was informed that he was being driven back to the West Wing.

According to Ornato, Trump shouted, “I’m the f*cking president! Take me up to the Capitol now!”

Quite an amazing feat. 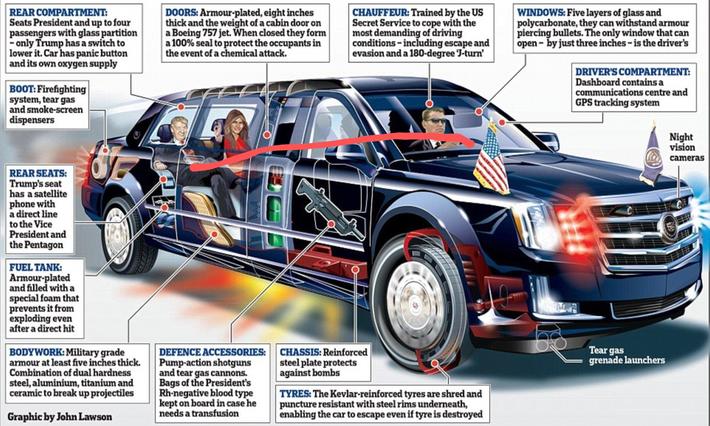 It’s important to note that Cassidy Hutchinson was so shocked, disgusted and appalled by President Trump and the January 6 Capitol protest that she was planning to go work for Trump at his Mar-a-Lago residence AFTER January 6, 2021.

Cassidy Hutchinson is using Tuesday’s show trials to audition for a spot on CNN or MSNBC. 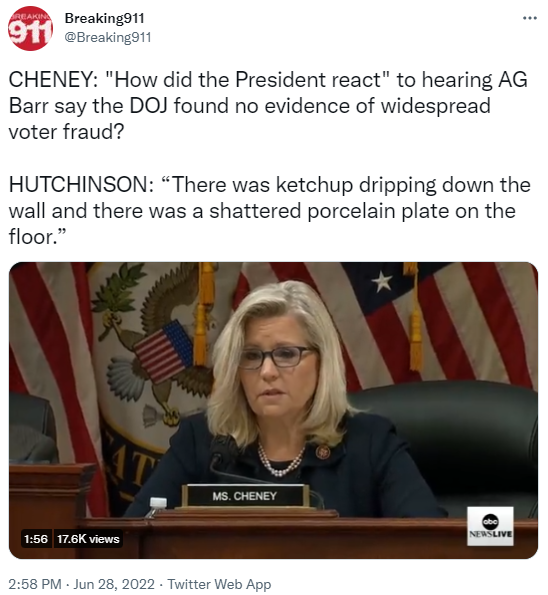 Trump was not in The Beast on January 6th, contrary to her testimony. So much for this special witness testimony.

"Bobby Engel, Fmr. President Trump’s special agent in charge on Jan 6th and his limousine driver are both prepared to testify under oath before the Jan 6 committee that neither man was attacked and that Mr. Trump never lunged for the Beast’s steering wheel, @CBSNews confirms."

Mark Dice gives his take on the "insurrection witless witness

Her testimony was so ridiculous that one might think she was a plant to show the J6 hearing for the clown show it is.

"Now look what you've done Stuff-up fuck-up. ~May your national demise be our wondrous Rise.…"
4 hours ago

cheeki kea commented on Less Prone's blog post The Malone Institute presents: World Economic Forum Project
"Yes they are all traitors, clowns or whores but collectively they know themselves as Puppets…"
5 hours ago

MAC replied to MAC's discussion Putin's Chilling Message to the West at the 10th Moscow Conference on International Security
"Putin the right man in the right place at the right time, stomping the nwo asshat country's…"
7 hours ago

cheeki kea commented on Less Prone's blog post The provocation is getting worse: Finland and Estonia are planning to set up a missile system to block Russia's Baltic fleet
"Finland shouldn't tie bows with Sweden and others if the provocative move brings disharmony to…"
7 hours ago

"Ol trumpy bear is a damn good salesman/circus barker if nothing else. He could sell ice to eskimos…"
7 hours ago

Less Prone commented on Less Prone's blog post The Malone Institute presents: World Economic Forum Project
"Thanks for bringing this up, Steve. The world is a big circus with bought out political clowns…"
8 hours ago