Just a little private talk hear amongst our selves.

Just a little private talk hear amongst our selves. Trump never conceded, I believe he signed the Insurrection act and we are under marshal law.

the fence was erected to keep traitors from escaping and too keep the radical communist leftest out, they are going to go bat shit crazy once the figure out whats really going on.

I believe the top brasses letter, was a psyop, Trump officials — Chris Miller says he is leaving the DoD on Wednesday and Trump saying hes leaving Wednesday morning is all part of the psyop and all very well done, everyone amperes to believe Biden will be the next president.

But there seems to be a problem, or an after thought, that many of the troops in the national guard could well be leftest Biden supporters, Best get them out of their, this could turn ugly...So the military is trying to weed them out using other reasons to do this.

I understand the Marines are on the way or have arrived in Washington DC, we will soon see why, possibly to replace the national guard.

It looks like the Military is going to round up every swamp critter in every state at one time, this is a huge operation.

I think Trump will be in some unknown command center watching the show, possibly under ground, encase the shadow government sets off some dirty bombs or nukes in several major city's.

One other problem the CCP has 75000 troops in Canada and another 150,000 in Mexico, Mike Adams said the ones in Canada are on the move, positioned above Michigan, Minnesota and  I believe he said Washington State.

We all know thousands of birth right Chinese are inside our country, probably awaiting orders to strike from the ccp.

also Obama imported hundreds of thousands of Somalis, Africans, Muslims Ext. inside our borders, I don't believe he did this to make America better.

I can go on and on and so can most of you.

What do Y'all think, what can you add.

sadly, I think the writing's on the wall brother....

or Trumpy Bear's sooo fucking STEALTH, he's got everyone...and I mean EVERYONE, fooled to the teeth... (which would be so fucking awesome that he'd probably be appointed a "Permanent" position as The Commander in Chief)

I'm still going all Occam's razor / glass ½ empty on this ;) 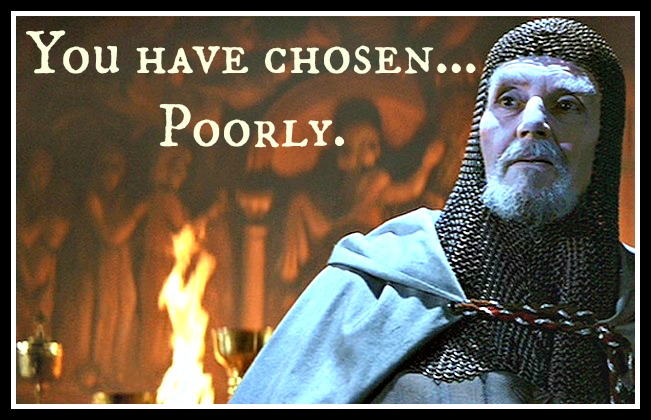 PS: After reading & re-reading our Supreme Law of the land past 3 daze, all I can see even fathomable within the few remaining hours he's got left, the only working, viable option @ this point for Trumpy Bear is to invoke the 14th Amendment..

CS yes he should do that and I think he will, may have already ? He didn't do that for nothing and hes not the sot to cower and walk away.

I hear that couz.... He MAY HAVE dusted off the 14th..... & contrary to popular belief, I haven't completely given up yet...I'm just following the track record of what he has done / not done, + I've become quite the pessimist lately when it comes to these criminal felons costumed in $2200 zoot suits involved in Poly-Ticks... But since Nov 3rd, Trumpy Bear just kind of quietly sits there, away from most camera's, but every now & then would pop up & says things like, "I have not conceded" "Its not over yet!"  But yet strangely, he was more obsessed with telling us to be sure & be with him in DC on Jan 6th.....just seemed strange that his Presidency is hanging by a single thread strand, and he thought the best way to reverse this oh-so heinous Treasonous Crime against America, was to start recruiting a YUGE sh'load of his Supporters to come protest in DC on jan 6..and actually thought that was going to "Stop The Steal" ??

I hear yeah CS, I don't know why he called the people to DC, show of support, not sure. I know it does not matter if the traitors are rounded up before the 20th or next month as long as they are rounded up and tried for treason.

I hope I'm right, one more thing, early on I read someplace it Was Trump, that ordered the Fence and called in FEMA and the National Guard, that alone is very telling, if he was giving up would he have done any of this for the benefit of Biden. naturally that story has been tweaked, changed, disinformation...

I don't see why Harris, a POC who was born of two students here on visas (Not US citizens, therefore making her ineligible to be President per the Constitution which used to be "The law of the land".)  can't be both a Senator and the VP, one heartbeat away from the presidency of a walking dead man like Joe.  Of course, Bathhouse Barry wasn't eligible either, but he was a "Constitutional Professor" (like Jill Biden is a "doctor" and should be the Surgeon General), so I guess that made it alright.  It must be white supremacy, like everything else.

Anyway, she held off giving-up her seat until the last moment which makes me question if she's that sure about things.

Hilarious interview years ago (now lost to the "U SHALL NOT PASS ether world) back when that lil gay, part black guy occupied the white house for 8 years

Some stupid cuck thought it would be Journalism Gold if they would go back to Barry's "Alma Mater" & interview some of his old College Teachers about Barry's Sudden Success Story!!!

Only problem for this young wanna-be, future Journalist, dreaming of winning a coveted Pulitzer Prize was, none of the Instructor's could remember, nor recall nothing about this "Brilliant, Constitutional Professor", not even his name......

National Guard to assist in ‘Peaceful TRANSITION to MILITARY POWER’

Quote:  "Help the Secret Service and the Police Departments with a Peaceful Transition to military power."

Thanks TZ That doesn't make seance ?!?! why what For, so much dis-info, my heads spinning.

Err on the side of caution, be ready for war, looking forward to get a Chinese helmet for my helmet collection and other goodies :-)

The United States corporation ended in 1999

Chris of the family Masters commented on Phyllis Maka's blog post What if Everyone Stops Complying?
"Inalienable rights! Get some common law basics..."
7 hours ago

Chris of the family Masters favorited Phyllis Maka's blog post What if Everyone Stops Complying?
7 hours ago

Phyllis Maka commented on Chris of the family Masters's blog post Donald Trump helicopter visit to the white house
"The viewers say that was when he returned from the Walter Reed Hospital. Joe Biden is not in…"
13 hours ago