Pelosi landed at Taipei's Songshan Airport at around 10.45pm local time on Tuesday, becoming the highest-ranking American official to visit the Asian country in 25 years. 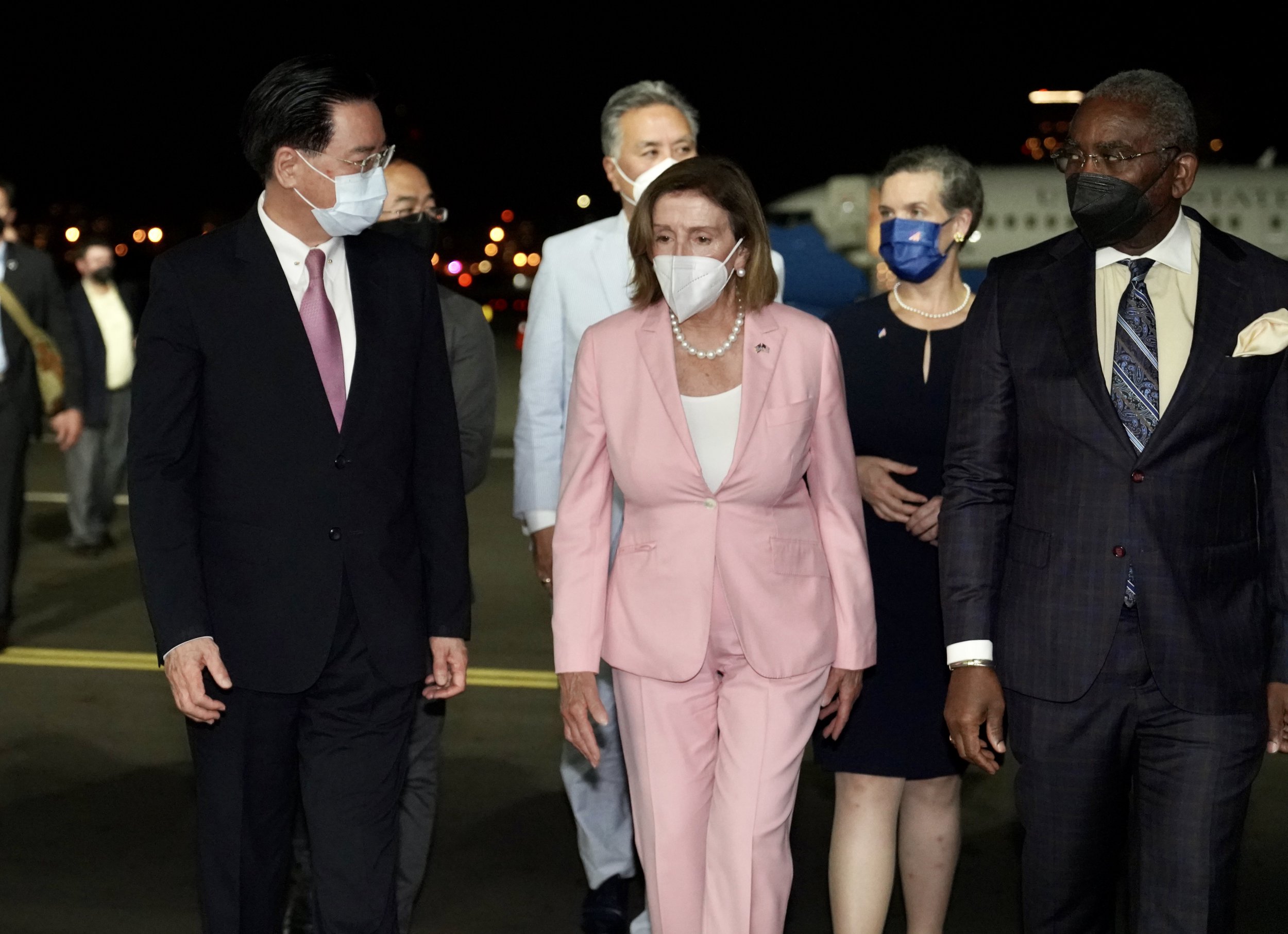 The House Speaker and her delegation disembarked the US Air Force plane and were greeted by Taiwan's foreign minister Joseph Wu and Sandra Oudkrik, the top US representative in Taiwan.

The world is now bracing for China's response after Chinese leader Xi Jinping warned US President Joe Biden during a call last week that "whoever plays with fire will get burnt" if they allow Pelosi to land in Taiwan.

China has repeatedly warned Pelosi not to make the trip, while the US has warned Beijing not to turn the moment into a military crisis.

“There is no reason for Beijing to turn a potential visit consistent with longstanding US policy into some sort of crisis or conflict, or use it as a pretext to increase aggressive military activity in or around the Taiwan Strait,” John Kirby, a National Security Council spokesman, told reporters on Monday.

On Tuesday, the Chinese Foreign Ministry said they would "closely follow Pelosi's itinerary" and take "firm and powerful measures to safeguard China's sovereignty".

"We closely follow Pelosi’s itinerary. If the US insists on going its own way, China will take firm and powerful measures to safeguard China’s sovereignty and security interests," spokesperson Hua Chunying said.

The sharp warning came a day after the Foreign Ministry said that the People’s Liberation Army “won’t sit idly by” if Pelosi lands in their backyard.

Beijing is furious and has threatened to take action as it accuses the US of provoking them over the breakaway island, which the Communist Party has long claimed belongs to China.

Who ever is controlling ol potato head should knock this CHILDISH PROVOCATIVE GAME OFF This drunken thievin hag is nothing but an agent provocateur goading ol pooh bear xi who is also BANKRUPT with debt in the trillions in mega cities that are empty with tanks at the banks it's all over but the crying for the worlds manipulators here there and all fed reserve countries everywhere. This is what always happens when juw bankers print wealth out of air and lend it out as whole cloth with  interest  for the privilege of us users to use their debt paper.

how can this lower than pond scum remain tormenting so many for so long while piling up hundreds of millions of $$$$$$$$$$$$ living large while people right outside her door are starving.

The Pelosi, Brown, Newsom and Getty families have run California since 1959.  Nancy was a perfect choice for Paul Pelosi to join two crime families.  California is Controlled by Four Crime Families - henrymakow.com

They don't care about the peons.