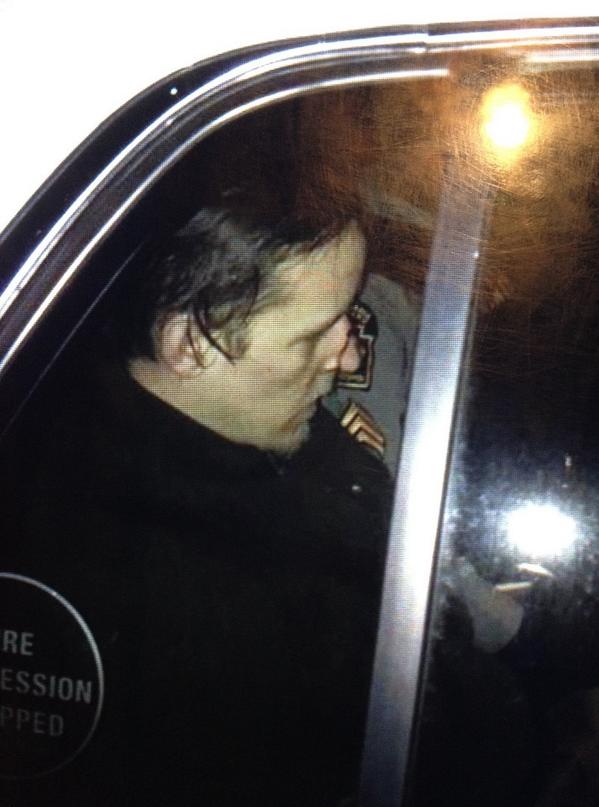 According to a local government official briefed on the matter, Frein was caught at an abandoned airport between Henryville and Tannersville. He was reportedly taken into custody without incident.

A U.S. Marshal's Service special operations team tracked Frein to the abandoned airport while it was in process of clearing the area, according to a law enforcement source with knowledge of the capture.

Its work, that source said, was also aided by intelligence and eyewitness accounts gathered throughout the course of the manhunt.

Frein was armed with two guns when he was arrested, according to another law enforcement source. One was a pistol and the other a rifle, the source said.

A separate law enforcement official told CNN that knives were recovered from Frein's hiding place, and that authorities are currently searching the area for more weapons. Alleged murderer and FBI most wanted fugitive Eric Frein has finally been captured.

10 most wanted? The guy shot 1 pig. Jeez, can't these knuckleheads get their priorities straight & go after real criminals?

I support Eric Frein.  I actually felt very distraught upon learning that he was captured, and I'm disgusted that his arrest is being described by Pike County District Attorney Raymond Tonkin as an event that "should comfort a community that has suffered 'unimaginable loss of unspeakable proportions.'"  REALLY???  And I am again disgusted that there are "members of the public [who] cheered and applauded the police's efforts to track him down."  To those "members of the public," I say: YOU DESPICABLE EXCUSES FOR HUMAN BEINGS!!  FREIN NEVER THREATENED YOU.  HIS WAR WAS AGAINST ONLY THE POLICE.  HE TRIED TO FIGHT FOR YOUR FREEDOM!

They are already talking about "seeking the death penalty," and already you see the comments by the paid sickos saying how much they can't wait to see him executed.   Even before a trial ever happens, they're ready to see blood...all over the death of one measly uniformed order-following THUG, an agent of a corrupt gang of legalized robbers that no true human being should have any sympathy for.   I really despise anyone who is cheering on the police and the D.A. here in Pennsylvania.   They are just as much a part of the problem as the Nazi thugs themselves.

No they are not.  They are the true enemy of the American people.   Eric Frein is no coward.  He has more balls than any of these scumbags cheering on the cops!  Look at this asshole:

---  "It feels good to know there's a guy like this off the streets," said Gregory
Kubasek, 19, of Marshalls Creek, who drove to the barracks Thursday night
to catch a glimpse of Frein.

Asshole!!!  Stupid, motherfucking ASSHOLE!!  He wasn't hunting you (although, with a statement like yours, maybe he should have been!)

I am really fucking sick of this whole authority-worshiping society!!!