This is a question I put to all freedom loving Americans. When it comes and we all know that it will what will you do? Will you resist and die if necessary? I really want to know how many Americans will put their very lives on the line to resist tyranny. We Americans can and must resist tyranny. We must act and we must do so in a way that the world will know. To those that would be complicit in attempts at gun confiscation and those that come with their blue helmets we must give them a warning .Let our will to resist be as it was during the Revolutionary War from Lexington and Concord to the hills and mountains of the Carolinas and  to the Hornet's Nest in Georgia. I for one will resist. What will you do?

If that dose happen not only will I resist, Im going out to hunt them down.

I am sure that some one will see them coming. If some are taken by surprise others will quickly learn of this and be prepared.  I believe that people living in cities will be the most vulnerable.

When THEY kick it off, it will be equal opportunity dying time.

THEY ARE stupid and arrogant - Waco proved that - THEY thought they were going to cake-walk it, put on a 'black uniform show of force' and have an easy time massacring women, children and the elderly for the cameras of the controlled media.

Didn't work out that way...did it...and in the process THEY proved what THEY would resort to and Americans awoke to what was going on.

Just as THEY have been watching the American people...

The American people have been watching THEM.

Just as THEY gather intel, photos, videos etc - the same is being done to THEM by the American people.

All their gadgets and trickery are now available to the American people.

This is the 21st Century - it works both ways.

THEY have to go home sometime.

An individual with an old bolt action only needs to know where one of these traitors lives and fire one shot from distance and then disappear into the shadows.

Imagine this scenario of a large scale, once they start kicking doors in en masse.

THEY are few in number, THEY cannot be everywhere at once.

American hunters who can take down a fast moving quadruped, have more skill at arms than traitors and foreign troops who will find themselves operating in alien environments carrying arms and equipment made by the lowest bidder.

A large proportion of American gun owners build or modify their own weapons and load their own ammo - please tell me who is in a better position.

Vets of all ages teaching everyone else all their skills and knowledge.

Knowledge - old and new, combined with technology - old and new - NO limitations, NO holding back, NO quarter.

Who is in a better position  - those fighting for their families, friends, homes and communities - or those brain-dead mercenaries seen as disposable cannon fodder by their masters?

I am in no way qualified to lead and have no wish to do so - I would leave that to those that are.

The idea of leaderless resistance also terrifies THEM.

THEY are getting desperate - THEY fear freethinking individuals and the fact that more awaken every day, and get armed, only causes THEM to panic more and ramp up their agenda..

The open calls for censorship in all forms and for a banning guns only prove this.

In Arlington virginia,  2003? approx, inside the beltway, shortly before I moved out of the area I witnessed the following

It was 3 AM, I was sleeping in the attic under a skylight I had put in the roof, over a small bed, cause I like watching the sky...  I felt the room quiver, and saw flashing green light coming through skylight, so I stood on the bed and looked out the skylight..

In a neighboring culdesac, over one house, was a hovering helicopter.  The copter sounded peculiar, with a swooshing sound from the quiet blades instead of a whump whump whump...  A spotlight was on the front door of one of the houses, not 100 yards away. I heard a loudspeaker announce "This is a drill go back into your homes"

Thanks for sharing that information. What was the response of the neighbors from that incident? Was it reported in the controlled media? Were complaints made to the authorities?

in my culdesac,  just west of the one where the incident was, no one even noticed, I mentioned it to a neighbor who looked at me like I was crazy.

Back in 1977 I was walking west on 73rd street toward Broadway subway station, it was suset, rushhour, there sidewalks were packed with people coming from the subway station. I saw a fireball in the sky, slow and so bright, i turned my head to check if there was a shadow, and there was...

Perhaps 1300 people visible to my eye, I had stopped walking cause of the magnificent event, standing next to that little triangular park at 73rd and  broawdway... everyone in the crowd was looking at the sidewalk in front of them, no one noticed the fireball... I'm used to this, because I look up, always have.. always will...

and nothing in media, and you must understand that most everyone in arlington, which is next to mclean virginia which is where the CIA is..works for 'the government'  I was a contractor, not a salaried or pensioned employee...

If pre-war Germany is any example, there is no choice but to resist. Americans will have to be smart about it though. Small groups will have to band together to prevent the superiority in mechanized vehicles making the fight too one-sided to be rational. City dwellers will have to buddy up and take the gun-grabbers from several directions as a frontal confrontation will be suicidal. No worries though. It will take a very short time before small unit tactics make the confiscatory bumblers pay heavily for their folly.  The trail they leave behind will lead to their own doorstep. If they value their families they will hunker down and let the deep state take the reaming it deserves. Short answer, kill the fu*kers! Twice! 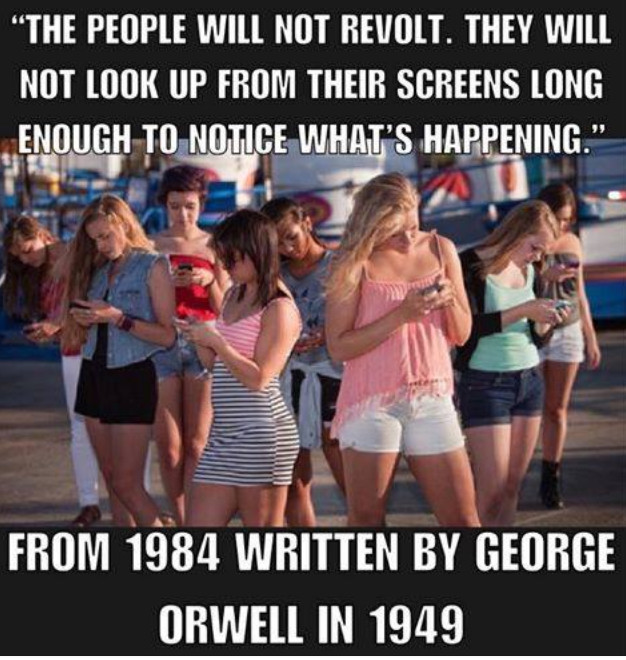 You may be right in this aspect. We need to awaken the younger generation to the danger that exists.

Those people are what is referred to as collateral damage.

"Carry your weapon with you in public places, seems to work for me. Here in Low IQ redneckland Va,…"
47 minutes ago

"The road to Zimbabwe"
6 hours ago

WHO Cares What Celebrities Think - #PropagandaWatch

SHOW NOTES: https://www.corbettreport.com/?p=37227 WHO cares what celebrities think? WHO cares, that's who! Or, more to the point, WHO wants you to care what...
7 hours ago
0 Comments 0 Favorites