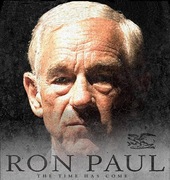 >Real journalism> Did Maine GOP Blatantly Cheat Ron Paul out of a Victory?

Ron Paul: The Ten Principles of a Free Society

This is the Appendix to Ron Paul's forthcoming book, Liberty Defined.

RON PAUL: THE TEN PRINCIPLES OF A FREE SOCIETY

1. Rights belong to individuals, not groups; they derive from our nature and can neither be granted nor taken away by government.

2. All peaceful, voluntary economic and social associations are permitted; consent is the basis of the social and economic order.

3. Justly acquired property is privately owned by individuals and voluntary groups, and this ownership cannot be arbitrarily voided by governments.

4. Government may not redistribute private wealth or grant special privileges to any individual or group.

5. Individuals are responsible for their own actions; government cannot and should not protect us from ourselves.

The following is the Introduction to Liberty Defined, Ron Paul's newest book, to be released on April 19, 2011. Via Campaign for Liberty

America's history and political ethos are all about liberty. The Declaration of Independence declares that life, liberty, and the pursuit of happiness are unalienable rights, but notice how both life and the pursuit of happiness also depend on liberty as a fundamental bedrock of our country. We use the word almost as a cliche. But do we know what it means? Can we recognize it when we see it? More importantly, can we recognize the opposite of liberty when it is sold to us as a form of freedom?

Liberty means to exercise human rights in any manner a person chooses so long as it does not interfere with the exercise of the rights of others. This means, above all else, keeping government out of our lives. Only this path leads to the unleashing of human energies that build civilization, provide security, generate wealth, and protect the people from systematic rights violations. In this sense, only liberty can truly ward off tyranny, the great and eternal foe of mankind.

The definition of liberty I use is the same one that was accepted by Thomas Jefferson and his generation. It is the understanding derived from the great freedom tradition, for Jefferson himself took his understanding from John Locke (1632-1704). I use the term “liberal” without irony or contempt, for the liberal tradition in the true sense, dating from the late Middle Ages until the early part of the twentieth century, was devoted to freeing society from the shackles of the state. This is an agenda I embrace, and one that I believe all Americans should embrace.

SOURCE: RON PAUL "HASPEL IS NOT THE PROBLEM. THE CIA IS THE PROBLEM"As a general rule, when Dick…Continue

Rep. Ron Paul, whose maverick presidential bids shook the GOP, said in the wake of this week's elections that the country has already veered over the…Continue

In Paul they trust as he leaves political stage

Ron Paul vows to work within the Republican Party framework, not outside of…Continue

BREAKING:GOP Leadership Calls for Reince Priebus to Resign due to Unethical Rule Violation!

You need to be a member of Ron Paul to add comments!

Ron Paul: US Has Lost Legitimacy and Will Pay One Day for Interferi...

Probably should eliminate this group next house cleaning, the establishment sure did, & the good Dr is out of the game all together now

They used Ron Paul it just makes me sick what they did and continue to do to Ron Paul .. we had our primary yesterday and it wasn't even reported i have no idea what happened yesterday..

...and the censorship continues ;) "Would not be surprised if the polio vaccine caused HIV/AIDS.  This is how they do things,…"
12 hours ago