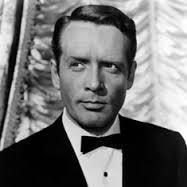 John Carman has not received any gifts yet

"Mick asked a very good question about whether Epstein was working as an Israeli agent for black mail purposes and THAT may be Correct! I posted a manifest of Ehud Barak(MOSSAD) who visited Epstein's Zorro ranch(or other location) and there were…"
Oct 31, 2019

"I am a former law enforcement official and a whistle-blower and I did an interview on the Jeffrey Epstein case and I respect Dr's Michael Badden and Cyril Wecht as the Best in Forensics people in the field. I believe Epstein was Killed and the…"
Oct 30, 2019

John Carman commented on Boris's status
"A response I sent Consortium News in response to John Kirikou's "explanation" of Suicide Watch which is different ALL over the U.S. and NOT adhered to properly. His opinions are really inaccurate or way wrong... My comment below. 1) I…"
Aug 14, 2019

John Carman commented on Boris's page Epstein's Pedophile Island, Little St. James USVI Drone July 2019 3 (1/2)
"I am former U.s. Secret Service and a U.S. Customs whistle-blower, but I'm NOT impressed with this "Island" with all the Billions this Pedophile Jeff Epstein has. I do regular interviews and I am up on most subjects most people are…"
Jul 12, 2019

Please indicate why you want to join 12160? (N.B - Your application will be automatically rejected if you answer with less than 12 words and / or provide a noncoherent answer)
I am a former law enforcement official and now a "Whistle-blower" and activist and was Referred by a friend who is also an activist against Government Corruption. I want to keep things safe for OUR society and and children and too much government intervention has caused some serious problems in the water and food we eat. We need to limit or control BIG Money and BIG Government now or we will become extinct.I have a web site called: www.customscorruption.com and I believe I have been the victim of poisoning. Please feel free to contact me at: john.a.carman@gmail.com Maybe I can help or assist others who may be harassed by the corrupt government.

Would you be willing to donate a few hours or a few dollars to 12160 site projects each week?
It depends on what the subject is. I am unemployed and forced out of the government without any pension or retirement. I need work that pays at least $3,000 to $5,000 minimum per month. I am on food stamps.
My background is state, Local and Federal law enforcement and I was U.S. Secret Service, SDPD, U.S. Customs, U.S. Immigration etc...and have done newsmedia interviews since 1995.

Just doing some semi related research into some German relics and came across a German woman who has been living here in the USA for q few years and her Father was a high ranking German officer during WWII.

I asked her if she heard about the "theory" that Hitler had escaped. She emphatically said Hitler escaped according to her Father, who was a German officer.

i could not agree w/you more on everything i have read here.  wonderful.

John I went through the same thing as you did that's why I'm no longer a Deputy! I'm still actively trying to get on with a Department, but it's been hard! Please send me a number or email address so that I can contact you.

Thanks for friend request I will read some of your artiles.

Yep, you are correct, Goliath was indeed a product of one of the fallen ones and an earthly mother.  I love that story also, helps me when I feel overwhelmed.  I just think of little David and those 5 smooth stones (Goliath had 4 brothers).  Yep, Davy had confidence that his faith and a handful of rocks, could get the job done.  Thanks for the link to your site!  Cant wait to check it out.  Take care!   ~Tina

BSOULJAH said…
Very Cool Glad to be along for the ride seat belt is on ready to rock and roll!

BSOULJAH said…
Thanks for the Friendship Accept John, keep up the fight as we both know Resistance is Victory! I agree with your premise that Hitler did in fact escape Its so Amazing how much of what we learned in school is pure fabrication. Thanks for the Great Info... God Bless!

Welcome John Carman. Have a look around and stay a while. 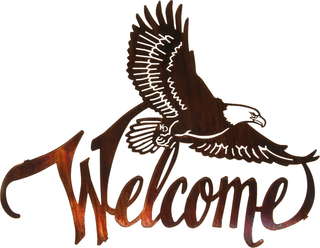 Doc Vega commented on Doc Vega's blog post For Those Who Fight Evil
"Ha ha Good One cheeki! "
30 minutes ago

"First you see the Nordic ladies in their beautiful costumes and then you see IT. Looks like Finland…"
7 hours ago