"..For in the development of this organization
rests the only true…
Continue

"Man is deeply vulnerable when faced with overwhelming…
Continue

An Actionable Plan for 9/11 Truth

"Of this I am certain: the 9/11 truth movement is grassroots;
that sovereign power lies with the people; and that our fellow citizens
are now awakened to 9/11 truth in vast numbers. It is time for a winning
approach to change: the method of direct democracy--­the state ballot initiative."


"The individual is the true reality of life.
A cosmos in himself, he does not exist for the State,
nor for that abstraction called 'society,'…
Continue

Today's Flyby News follow, getting the word out on tonight's radio program and covering related peace in space news, as well as marking 1500+ architects and engineers on board calling for a real investigation. Mike Gravel's referendum campaign for a new 9/11 investigation in California is something special, too. If we have the unity behind such campaigns where most truthers all agree, then we have a fighting chance.

Editor's Notes: The latest news on the meltdown from Japan nuclear disaster is suppressed by the overwhelming policies destroying our world. To reverse such a collapse, the events of September 11, 2001…

The cover-up, or concealment of evidence continues.. 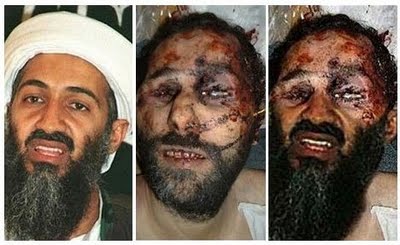 Putting Out Fire with Gasoline in Libya

Oil War: Putting Out Fire with Gasoline in Libya


War doesn't work, does it? Best case scenario, NATO's war against Libya will run 18 to 24 months unless decisive action is taken right now to end the military confrontation.

BLOOD FOR OIL: THE VAMPIRE WAR

NATO, US airstrikes will continue in Libya http://t.co/xaKsbVo

Don deBar: ''There are a lot of Dead Qatari on the Streets of Tripoli #Libya Now''… Continue

"When our days become dreary with low-hovering clouds
of despair, and when our nights become darker than a
thousand midnights, let us remember that there is a
creative force in this universe, working to pull down
the gigantic mountains of evil, a power that is able
to make a way out of…
Continue

9/11 Truth is a very important issue with the power
to bring lasting change to our country.


Editor's Notes: A decade is a long time to try to highlight the importance for a… Continue

a film about awareness and critical thinking
.
DECEPTIONS
Watch a discussion on this film with
Jonathan Mark & filmmaker Chris Pratt
Link to Flyby News Productions at…

Another very controversial article by Gordon Duff follows that has much information to consider regarding the powerful deception by US-coalition and Israeli intelligence partners. The comments at the Veterans Today web site seem over-focused on blaming just Israel and Jews for most everything. There is so little introspection about the role of the US shadow government players that helped set the agenda of major holocausts, manipulating to set up Israel with nuclear weapons, and the role of… Continue

SUPPRESSED HISTORY: WHEN WALL STREET TRIED TO BRING THE HOLOCAUST TO AMERICA

October 13, 2010 posted by Gordon Duff ·
The Morgan Fascist Coup Plot and How FDR Defeated It

For article with images and active links, see:
Suppressed History: When Wall Street Tried To Bring The Holocaust To America

“Editor’s note: The plan was in motion, a… Continue

"Condemnation without investigation is the height of ignorance."
- Albert Einstein

Perhaps there is too much information in this issue. My head is spinning just trying to summarize it. Steve Alten for one is a superb writer and for his tenth book has come around with a story putting 9/11 under the radar, highlighting bio-weapon concerns in 2012 in New York City. In this fictional tale, Alten again uses facts in the past, such as where the US military-grade Anthrax came from and… Continue

Barack Obama: "It was offensive. It was hateful"

Pretext to War is Totally Fabricated

Progress for truth over deception and denial is moving, albeit slowly, but moving. There are now 1,311 registered architects and engineers signed up refuting the absurd official version of what happened on 9/11/01, which has led us to an insanely aggressive foreign policy and financial disruption at home and… Continue

The climate change debate sure has gotten weird. It used to be that the proposed solutions were renewable energy or carbon taxes. Now, climate activists are ...
6 hours ago
0 Comments 0 Favorites

"This build back better crap is going to put us back 200 yrs. In civilised countries it could be…"
7 hours ago