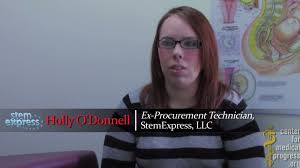 The Center for Medical Progress, the organization that secretly taped a 2 hour luncheon with Planned Parenthood officials speaking openly about their policy of harvesting organs from living fetuses, selling baby organs through an express shipping vendor, or finding buyers of affluent means, obtained perfectly legal evidence. As Planned Parenthood execs openly bragged about how late term some of the babies they aborted were, how much money they would like to make harvesting the baby organs, and one individual saying she wanted a Lamborghini CMP dutifully taped all of these admissions.

When phlebotomist Holly O’Donnell found out that her employer, Stem Express, who was contracting with Planned Parenthood to ship baby body parts and was asked to harvest aborted fetus organs she quit her job. Shortly after testifying in court over the atrocities she witnessed, O’Donnell was reported dead from a number of ailments that she was suffering from. This seems to be a common denominator among those who dare challenge the corrupt alliance between our federal government, hidden agendas, and taxpayer supported enterprises that are shockingly illegal!

CMP Holly O’Donnell gave witness account to the types of sickening procedures she witnessed causing her to pass out after seeing a baby being cut up in order to harvest parts of the body without the consent of the pregnant mother. She once fainted when handling an infant’s harvested legs!

Rather than Planned Parenthood being prosecuted for their violations of law in harvesting the organs and body parts of aborted babies they are now on the attack aided by one California judge who has ties with Planned Parenthood, yet refused to recuse himself from the trials and now State Attorney General of California, who is threatening a witness who would be testifying against Planned Parenthood that they will be charged if they take the witness stand!

Among horrific procedures already revealed in court was the harvest of a live baby’s brain requiring the face to be cut in half in order to reach into the skull and retrieve the living brain tissue! O’Donnell witnessed how a beating baby’s heart was taken to be shipped to a university. The heart had to have been extracted from a living infant in order to be kept beating while in transit to the customer! According to records and testimony as much as $17,000 dollars can be paid for a single living organ harvested from an aborted baby who still clings to life after the procedure!

It has been suspected for some time that stem cells for research were being produced from abortion clinics, Planned Parenthood specifically, among other tissues of high value. In all this the state government has now turned the tables on the Center for Medical Progress to convict the whistle blowers as opposed to the criminals. Many attorneys and prosecutors have described these events as evidence of the corrupt government intervention over clear violations of the law being committed by Planned Parenthood. In many states such as Texas the clinics were shut down as they did not meet minimal health department standards while several incidents of pregnant mothers being rushed for medical emergencies to local hospitals being reported but being hidden by the abortion clinics involved. In all, a cannibalistic operation upon the unborn child has been underway for a long time prior to the Whistle Blowers who were brave enough to speak out! 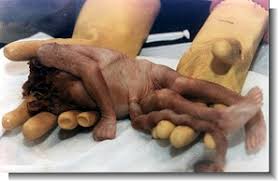 CMP and its witnesses compared the actions of Planned Parenthood upon the unborn as being just as grisly and inhumane as the same procedures used in World War II Nazi concentration camp experiments! Does this not demonstrate a brazen and self-righteous attitude by the state to violate the rights of the pregnant mother, the unborn child, as well as the right of the public to know about these ghastly deeds? 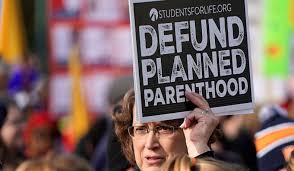 James, you know, it seems the atrocities of Planned Parenthood far outweigh any abortion clinic bombings and I would actually suspect that the government might false flag some or all of those attacks to make PP appear to be the victim!

what is the source of this story?

I miss the abortion clinic bombers.

This reminds me of Aaron Russo who died of cancer planted in him by the Rottenfeller clan. Why is it that only the good people have to go this way? You know why.

Diana you are damn right we are being forced to fund a barbaric form of genocide on the unborn!

A true heroine.  PP gets federal funding, so every taxpayer is unwillingly complicit in this crime to humanity.  I'm glad Trump cut at least $60 million in funding to them.  Hope he can stop all funding in the future.