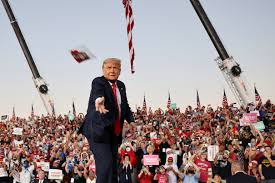 Beginning in the early 1930's as Adolf Hitler gained power of his political party and consolidated the Brown Shirts, the old guard, and the up and coming Nazi influence, the Fuhrer realized that in order to unify his power a common enemy needed to be created. After the horrid devaluation of German currency after World War I and the constraints of the Treaty at Versailles he felt the German people needed a scape goat to blame. This would be a great way to focus the wrath of the German people over the ravages of post war Germany and the depression that had plagued the Huns as they were called by their European opponents. Despite being a well educated society, a consuming hatred would be interjected effectively into the German psyche. 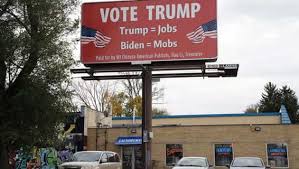 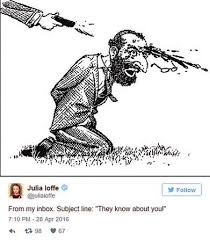 By vilifying a certain portion of society the cause of Germany could be furthered more easily so that the brutality and iron fisted threat presented by the Brown Shirts and other Hitler supporters could be redirected against those the people felt had not sugfffered their share of post World War I poverty, who seemed to own segments of industry and possessed more prosperity than the common class, whom could be targeted for their race and ethnicity. Religion has always been a good way to pour gas on the flames of prejudice. The Jewish population seemed the perfect scapegoats to blame economic inequity upon! 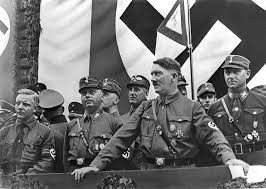 It began with government sanctioned criticism, media support for the isolation of Jews from fair reporting, and using agitators to build a social movement against Jewish influence in the market place. Soon with Joseph Goebbels master minding the several pronged appraoch at vilifying the German Jew, even insinuating that they were genetically inferior to the "Arian Race" that Hitler referred to as the superior breed of pure blooded Caucasian German people with the genealogical history to prove it, Hitler had attained the perfect minority in German society to demonize. They would become envied, yet would end up being religiously persecuted, racially hated, despised for their economic influence, and blamed for the suffering of the past! These elements of accusatory factors are the classic elements of propaganda. The common enemy is always used to unite public opinion against a political rival. 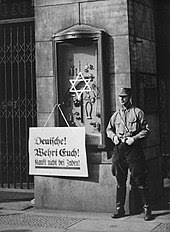 The rest is history as the gradual momentum of negative reporting, false accusations, religious alienation, and blame for failures of the past led to massive atrocities, concentration camps, and especially torture almost unmatched in modern history. Once Jews had been successfully villainized, Hitler was free to push German society in almost any direction he wanted. His prelude to outright fascism had begun and would convince his people that war was the next plausible footing in order to seek vengeance upon all those who had wronged the Huns! Today we are seeing the very beginnings of a movement that is dangerously similar to that dark period in history we know as the "Holocaust" only there's one difference. 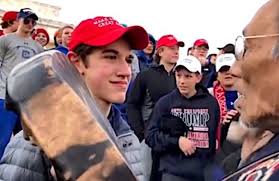 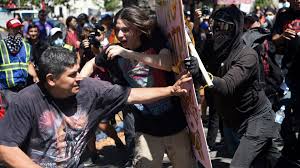 Since 2008 during the beginning of the Obama regime, the US mainstream media suddenly found itself at the very wheel house of being able to force American society to accept candidates of questionable merit and vague backgrounds to take a major party leadership role as was the case with Barack Hussein Obama. Almost immediately destructive policy, massive deficit spending, and contrary ideological position that violated US Constitutional heritage began taking shape. The American people were being tested to see just how far they could be pushed into a leftist, socialistic building of a huge welfare state that endangered America economically just to win votes for the Democrats no matter how much society might suffer. 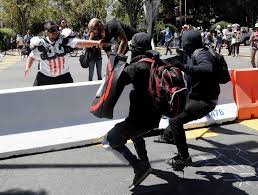 Doing it to themselves

When Hillary Clinton lost a presidential election in 2016 that she had been assured of winning, had felt entitled to winning as the first female president, had been assured by her Democrat handlers that there was no way Donald J. Trump could succeed, along with a US mainstream media that had attacked candidate Trump for an entire year prior to election night, she and the Democrat establishment were to be shocked! Donald Trump had won convincingly and a message had been sent to the Washington establishment that the American people were tired of the same old political game of promises never kept, tax increases, no solutions to problems plaguing the under classes, and the constant specter of war bringing our veterans home wounded and with inadequate care. 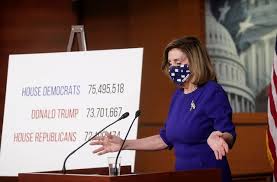 The beast rises up again

In four years of the Trump administration despite it's incredible successes and breaking destructive ties with world nations that have taken advantage of the US and the hard earned taxpayer money given away to questionable foreign aid, an unbelievable hatred for those conservatives and Evangelicals who support President Trump has been brewing. Democrats have invoked lies, voter fraud, and plans to retaliate against Trump voters, Trump staffers, Trump donors, Trump business associates, and even blacklist people from getting jobs, exposing their personal information so that death threats and protests could be located outside a Trump affiliate's front door! Just as the Jews were demonized in pre-war Germany by the Nazi's, a new fascism has arisen in American. it is dark and hateful. It has been refined using all the blame of the past for racism, alleged slavery, the worship of God, trying to stop abortion, everything the left wants that conservatives don't support.

The looming promise of vengeance 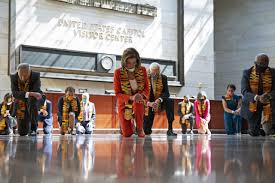 This is more than just a change of heart in the halls of lawmakers. This is far beyond the simple exploitation of election propaganda. The anti-Trump movement has been carefully sculpted with rioting, intimidation, murder, forms of vilification not seen since Hitler's Brown Shirts broke into the homes of German Jews and dragged them out into the streets. We have seen the destruction of historic statues supposedly the fault of modern day conservative thinking, the erasure of American history and exceptionalism. The Billions from Soros and the Silicon Valley titans of the social media have conspired together to shut off communication of conservative, Christian, and Trump supporter speech! Promises of hate filled vengeance for Trumpsters has been broadcast on the pages of Twitter, Facebook, Google, and other media platforms who are dedicated to stamping out a portion of American society they practically consider sub-human and worthy of persecution! If they have their way a new Holocaust may be upon us!

The TV networks with only a few exceptions have used fake news, childishly hateful editorials, incredibly biased coverage, and even liable and slander that in a jury court would bring charges against those responsible, America has become the new breeding ground for the unthinkable. Where once mass rioting, death threats, corrupt elections, and political terrorism were considered the province of third world banana republic Communist regimes, we now see it on the streets of our American cities. Unleashed by the money of radical billionaires, supported by our corrupt mainstream media, and presented as Constitutional demonstration by our cowardly and bought off political establishment-evil knocks at our doors! 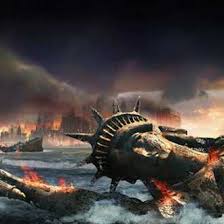 Doc, I agree, it is a spiritual battle.  There is no logical answer if we were dealing with normal people, but we are dealing with psychopaths who use emotions to manipulate and and gain control.  They don't think like people with souls and morality has nothing to do with their thought process.  That's why they want to eliminate those with morality.  I don't believe it has anything to do with being a certain religion as most religions believe there are evil forces at work against humanity.

Chris of the Family Masters, I'm well aware of the difference between the actual federation of states who conform to common law and the statutory or admiralty law that is being imposed upon just about all nations besides the US, but Trump did stand in their way and the Deep State was dedicated to taking him down so they could continue with their dastardly dealings!

Twilight Zone, I know you said you're not a Christian per se but there is no logical answer for such hatred and the dedicated to the destruction of Christians and conservatives unless it comes from a paranormal source, an evil spiritual source, that continues to make successful governance impossible because of the basic failure of human nature! They call it Satan.

Comment by Chris of the family Masters on January 19, 2021 at 6:44pm
The people are incredibly confused through their ignorance. President of US means the president of US inc. District of Colombia is not even on American territory. President is a CEO and the members of Congress and Senate are directors of the board. In his farewell speech he stood in front of gold-rimmed flags. Insignia of US incorporated company.

The left is built entirely on hate.  It reminds me of the 2 minutes of hate in 1984.  Trump will exit and we will bear the brunt of the hatred built on his name. 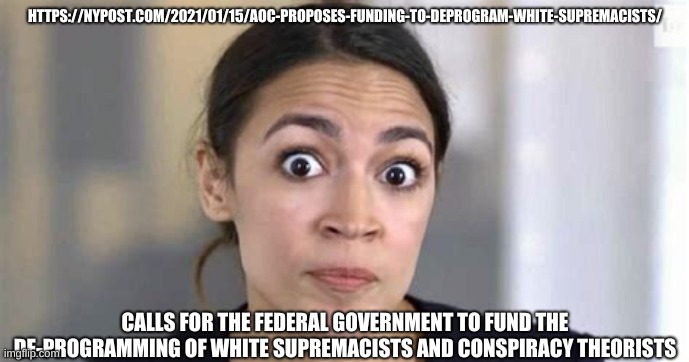