America: This is Where It’s All Gonna Go Down! Biden is the Enemy! Parents being investigated by the FBI just for going to school board meetings, veterans who appeared in DC near or outside the Capitol Bldg. on January 6th being held as political prisoners being abuse by guards, and their families going bankrupt? Our USMC veteran commander, who served several tours going to the brig for stating the obvious that the pullout from Afghanistan was a disaster with thousands of Americans left behind enemy lines! Vaccine mandates for all US corporations, airlines, and civilian federal employees by November 22, or they lose their jobs, mounting evidence that the vaccine is much more deadly than the virus itself, yet we are hounded day and night about getting the shot! Where in the hell do you think this is all leading? 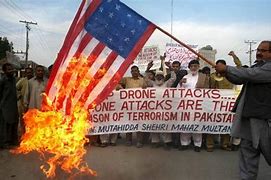 China is now aggressively flying their bombers and fighters into Taiwan air space just daring the nation on the island of Formosa to reply! General Milley of the Pentagon admitting that he contacted a Communist Chinese general telling him that if the US were to plan and execute a nuclear attack our own general was going to let them know? Are you kidding me? Why is this man not in the brig? Ask yourselves, why does none of this make sense? Where is the patriotic half of our government and where is the Justice Department on prosecuting this nonsense? Okay, if you are stupid, mentally retarded, addicted to drugs, or even just flat ignorant, maybe just maybe, you have an excuse. But, for those of you who watch CNN, MSNBC, CBS, NBC, ABC, or CNBC haven’t you figured it out by now that you’re being lied to? Are you really that lazy, unconcerned, and apathetic? Then the enemy loves you! You are the livestock they can herd!

Here’s the damn plan. Try to keep up! There is a shadow government behind “Dementia Joe”. He is a puppet with no real capability of doing anything less than taking orders from his handlers! This shadow government is only enhanced by the fact that the Biden family has been doing millions in business with Communist China for years while son, Hunter smokes crack, has sex with children, and launders money from our enemies! Why hasn’t the Justice Department or the FBI busted these criminals yet? Are you dumb? Do you not realize your government is no longer for the people, by the people, or of the people? Who do you think is giving the orders?

Could it possibly be China? We have Hollywood actors who are pandering for the Communist Chinese, we have politicians whose election campaigns have been funded by the Chinese, just ask California Congressman, Eric Swalwell, who has not even been charged for something you and I would be facing serious jail time for. IT’S CALLED TREASON! So, what’s going on you ask? With more than a million illegal aliens already trespassed into this country from all over the world and unvetted, how could any reasonable government allow such a national security threat? Answer. It’s all been planned. America is on the eve of a Communist backed coup that has been underway even before President Trump’s defeat in a stolen election. As the Democrats had all the elements in place, massive insurrection in Blue cities, control of all social platforms, strategies on using poll workers to harvest votes and steal votes from Trump, while the Dominion systems were being hacked wirelessly. It’s all been proven, but you will only hear lies from our sold out, mainstream media, who are working for the Communists. 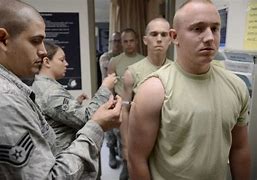 Here’s the final end game push to collapse America! As China pressures for a war with Taiwan, 60% of US service personnel have already been vaccinated with the death vax. The other 40 % will either take the shot or be forced to resign! There goes our battle ready military! They are already being harassed with Critical Race Theory, and other politically correct forms of confusion and subterfuge! All they have is their interpersonal comradery with no respect for their command structure! Without effective leadership, the Pentagon can botch any war that we could win! Just look what they did in Afghanistan!

Right now we have supply chain container ships sitting off port ten deep unable to offload their cargo because labor unions are hamstrung with vaccine mandates and lockdowns that discourage dock workers! If these laborers are hampered from returning to work or paid more money with government subsidies to sit at home and collect unemployment checks, products, food, and manufactured goods will not be available to the consumer. Shortages are already being seen at the stores! Who do you think will be working these jobs for our “Woke” corporations when American dock workers refuse to take the shot? By then we’ll have 2 million illegals who will be glad to take the cheaper pay along with the shot even though, for some strange reason while our government harasses unvaccinated US citizens, there’s no requirement for the illegal aliens pouring across the border! 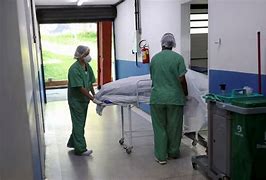 Then there are the unreported, covered up, and hidden deaths by Covid vaccinated estimated possibly in the millions while authorities call on more booster shots and to even vax babies after the age of six months! How many more of the vaccinated are going to die as the months go by, especially after another booster shot? You can’t even listen to the radio without being barraged by “Go and get your vaccination shot! It’s free. Have a beer! “Just who do you think favors an uncontrolled influx of undocumented, illegal aliens, from all over the world with the drug cartels, terrorists, foreign spies, and young enlistment aged men flooding over the southern border? Your very own federal government, that’s who, and they want you to die! 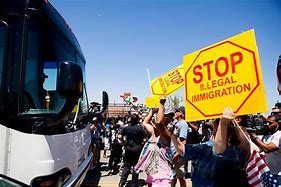 The final take down

The new brown skinned, globalist directed, unpatriotic, opportunistic, and well organized so-called refugees who, with Soros money, Democrat slush funding with even more omnibus spending in the pipeline, ready and willing to accept everything American citizens are being denied, over taxed, and unrepresented over! Americans, enduring increasing gas prices after Joe Biden ordered the shutting down of the Keystone Pipeline, are being forced into a corner as our very own government implements our downfall! They keep telling us to hang on until the midterm elections! Hang onto what? What will be left of America by then, and the Democrats know it, planned it, and are orchestrating it! 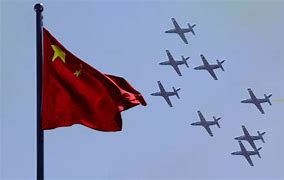 Joe Biden is doing the bidding of the Communist Chinese because he and his family are owned by them! Here’s how it will go! Taiwan is invaded and American allies depending on action by the US don’t enter the war! Servicemen sick from the vax, experienced veterans resigned from active duty are not there for leadership, the US military is compromised! All of the semiconductors and chips that Taiwan supplies are now gone and US industry is practically at a standstill without sensors that regulate US cars, refrigerators, laptops, desktops, and so much more are now incapable of fabrication! The US economy is allowed by your federal government to fail! And, in the midst of all this, illegal aliens begin sucking up the jobs that Americans have been forced out of! A chain of events that spell the end of America if these idiots in the White House are allowed to mastermind the defeat of the greatest nation in human history, and don’t think they do not know this! These treasonous bastards know exactly what they are doing!

Thanks Chris of the Family Masters

Kim, just copy and paste it then send it that way! Thanks buddy.

do you have the link to this so i can share on my other sites?