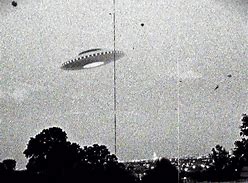 The Fourth of July in America should be a sacred time where we acknowledge our veterans, we remember the colonial fighters who destroyed a malignant British monarchy that would have milked America like any  other of their colonial conquests, but we as a free people with great leaders saw through such tyranny and we participated in building a Constitutional Republic that valued human rights, being able to petition the government over its offenses against the people as we built a solid free enterprise economy free of taxation without representation!  And still today those basic principles are lost to the ready made slaves of the public schools who would rather accept the fraud of socialism over the freedoms that our Founding Father fought and died for!

However, in Part II we will not explore this segment of history at the moment . We will explore the Roswell Incident and how on this very date not only did our perception change over the purpose of human kind, the existence of perhaps other civilizations, or that our own government was conducting ultra top secret operations that they were willing to kill for in order to secure a wall of secrecy just as ruthless as the Nazis we had supposedly been liberated from during the second World War was now here in America! Somewhere here is a grievous inconsistency that does not belong on the court of public opinion if properly exposed and prosecuted for the violations that indeed have been committed! From ruling class to omnipotent?

Secrecy is a topic that like a malignant tumor stretches out to touch many other issues! When  government feels justified to hide the truth from it's people, using this as an excuse to intimidate, incarcerate, or even make death threats, then the lines have been crossed between Constitution rights and outright fascism! The government has now appointed itself as God! Being a cruel God that will impose an embargo on the truth or persecute those who don't get the message. This is the emergence of an unconstitutional government violating all pretense of individual freedom our forefathers specified in the Bill of Rights, US Constitution, and the Declaration of Independence!

When an unknown disk was reported publicly by the 509th Bomb Group at Walker Air Force in Roswell the first layer of denial and lies was exposed as the federal government scrambled for an explanation that the sheep would dutifully swallow and they did and so did the obedient US media serve their purpose as well!. If weather balloons, radiosondes, and high altitude train balloons were worth harassing the public over, making death threats over, and denying the obvious truth over than someone had managed to subvert our Constitutional government from us and was acting with impunity! The implications were disturbing in the least! 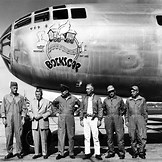 In 1947 following WWII after all the sacrifices of a great generation who believed they were being patriotic and doing what any group of Americans should do were in effect being duped! Roswell, New Mexico represented an inflection in the general train of thought of most persons in the US, but sudden and inexplicable events that have no logical explanation are no more than an insight to the lies and intentional cover up for a government that values its secrets over the safety and information that is promised to the Americans who have to trust their leaders to do the right thing, but is it really being done?

One more excuse to unleash the knives

Yet, in the midst of what was supposedly an easily explained away misidentification by a senior Air Force officer and seasoned specialist why then did the US government instigate a critical rise in the security state with the signing of the National Security Act (NSA) that President Truman would later regret! Now the agenda of the secret federal government operations would seem legal despite what happened to the general public! UFO's had now given our federal government the permission to violate personal privacy, to strip a US citizen of their Constitutional rights under the guise of national security and many more Americans would feel the threat of an agency out of control as unknown disks escaped the reach of our military  that could not be justified!   Yet, such illegal legislation led to a prelude for violating our future rights as well!

The question would soon become.what else would the federal government's covert agencies decide which opportunities would further their power over ordinary Americans much like the Soviets whose citizens trembled in their presence! Much like the Nazis who would murder anyone who stood in their way. There would be no debate, yet somehow it could only take the crash landing of a UFO to reveal the savage underbelly of our federal government bent and determined to test the theory of unlawful conduct as others awaited a secrecy linked event to justify the imprisonment by a government not sure who or where such allegations came from! 1947 and quite possibly Roswell led the way for authorities to make excuses for throwing away our rights and imposing draconian rule to keep we the people in line!

When dedicated veterans and patriots to the cause of our nation began making death bed confessions about their involvement in the Roswell crash in spite of the oath of secrecy they had taken, then one must realize just how concrete this so called illusion really was! Men who were guarding the containers of the recovered alien bodies who had taken a peak into the uncharted territory, men who had participated in recovering the wreckage debris in several locations, officers who were given orders to remain silent over what they had seen, and in doing so had submitted to an oath of silence that would even threaten their families if they exposed the truth-all casualties of the erosion of our rights here in the supposed "Land of the Free". When General Nathan F. Twining ordered the Roswell artifacts as they called the UFO wreckage to be placed under "Foreign Technology" he ingeniously hid the ultra classified material in plain sight. Later on, General Trudeau would direct his aid, Philip J. Corso, to cede this bizarre electronic gear to US defense contractors who would back engineer the ceramic light filaments that would become digital cable capable of carrying thousands of signals on relatively thin strands without creating heat, what we now know as printed circuits and transistors, pilot to craft direct flight control, futuristic ergonomics, and light highly impact resistant metals stronger than the heavy steel and aluminum used then for propeller driven aircraft. 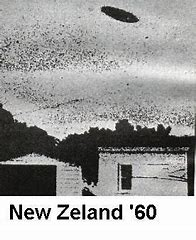 The question remains as those such as Physicist, Stanton Friedman, have observed, was the event at Roswell merely an accident that doomed a crew of tiny humanoid beings to die far from their home planet? Or, was this all a planned foot step into a future that had now become accelerated centuries ahead of time due to the recovery and analysis of technology that would have taken so much longer to develop? While still others such as Jacques Vallee consider the UFO mystery to be demonic deception, this coming from a long time researcher who organized a UN council on UAP's. Still, others think that these tiny occupants of strangely powered crafts to be merely visitors from our future. Then, as Philip J. Corso states, where did the sudden evolution of modern electronics suddenly pop up from while a 50 year employee of Bell Northern Laboratories admits that our science of telephony and primitive circuit boards were no where near the level that we suddenly achieved in the short years after 1947. Still, we are haunted by the implications of a July 4th that panned out a little differently than the typical patriotic holiday.

Was this really a crash?

One lingering query still remains to be answered in all this. Was the seeming alien spacecraft with its electromagnetic propulsion system simply disrupted by a direct hit by a bolt of lighting or were the powerful targeting radars at such secret radar stations as ADC ID: P-8 near El Vado, New Mexico unwittingly the culprit in causing an in-flight failure for the ill fated alien craft? Again, the answers appear vaguely unattainable. 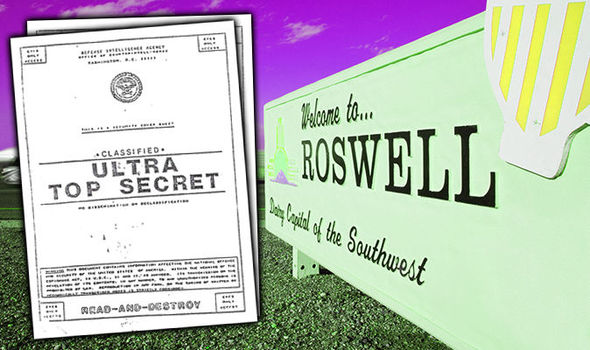 Less Prone commented on Less Prone's blog post Society Explained
"The original enpsychopedia.org post is no more for some "odd" reason. Why would someone…"
1 hour ago

Less Prone favorited Doc Vega's blog post How Can This Be?
1 hour ago

Chris of the family Masters replied to Guardian of Scotland's discussion What proof that a new pathogenic virus exists?
"Yes, it did. Thanks mate"
6 hours ago

Chris of the family Masters replied to Guardian of Scotland's discussion What proof that a new pathogenic virus exists?
"I'm getting 404 on brighteon link."
7 hours ago

Chris of the family Masters favorited Guardian of Scotland's discussion What proof that a new pathogenic virus exists?
8 hours ago

Chris of the family Masters replied to Guardian of Scotland's discussion What proof that a new pathogenic virus exists?
"Few years ago German doctor Stefan Lanka offered 100k to anyone proving existence of measles virus.…"
8 hours ago