For years after his professional football career, O.J. Simpson was a celebrity icon appearing in anything from rental car commercials to selling orange juice on TV. He even acted in a few movies. Most notably he was the laughable and ill-fated Nornberg, on the Naked Gun comedy Police Squad movies with Leslie Nielsen and George Kennedy. Everyone thought of O.J. Simpson as a mild mannered, funny guy, who must have been a great husband and father. In reality, Simpson had an uncontrollable temper and had physically abused his wife, Nicole, for years. Simpson’s handlers in Hollywood and his agent had worked hard to keep the true Simpson under wraps and out of the eyes of the public until the evening of June 12, 1994 when Nicole Brown Simpson, now separated from O.J. Simpson was found in the front lawn of her home nearly decapitated by a large knife along with Ron Goldman, who had apparently fought desperately for his life. Yet, the public seemed unimpressed by the brutal death suffered by his wife as the defense tried to paint her as an unfaithful sex addict. 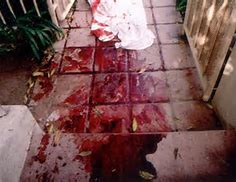 The entire case was transformed into a court room TV circus while the judge presiding disallowed much of the prosecution’s evidence! Although numerous domestic quarrels ending in wife Nicole being beaten and injured, few of the general public had any idea. As more and more evidence being presented by the prosecution painted an ominous set of circumstances and a character of Simpson that was like the difference between Doctor Jekyll and Mister Hyde, one juror was heard commenting during the proceedings that he hoped the trial would end soon so that he could get O. J.’s autograph! People lined the freeways cheering Simpson on as he was brought in for questioning after his grandstanding over a high speed chase with police. Many people witnessed the privileged response to Simpson by the pursuing police who would have shot out the tires of any common criminal attempting to escape. White privilege or black privilege here? 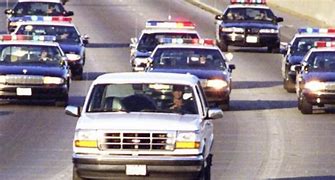 Good enough to save a murderer

The public was so enamored by the past effectiveness of Simpson’s PR team who had carefully carved a certain image in the public’s mind about O.J. that they even ignored the uncovering of an incident on his high school team where he threatened his own team mate with a knife in the locker room! I personally spoke with a black waitress at a café as the TV was showing today’s latest showroom circus of the trial and she actually said that a black man taking a black woman’s life with a knife was not the normal way black men killed their women! Really? When knives have been largely the greatest weapon of murder even compared to the hand gun or rifle. The public was thoroughly hypnotized and oblivious to the obviously incriminating evidence being presented, but Johnny Cochran, the defense attorney was going to turn this murder trial into a racial inequity fiasco as well as blaming the police for botched DNA findings. What seemed an inescapable verdict of guilt was snatched from the jaws of justice largely for the effective grooming of O.J.‘s public image, and the gullible and brainless American audience fell for it! 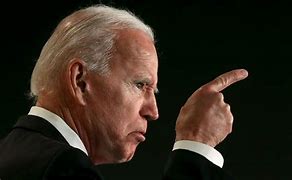 Another example of how not only Hollywood but Washington DC effectively casts a certain image that they want in order to affect voting popularity. This ensures that the chameleon politician can lie and act his way into office even when he possesses an unsavory personality such as Joe Biden. For yours Joe Biden with his uneventful career was markedly an outlandish loudmouth who seemed to relish in assassinating people’s character either over lying about his law school credentials or attacking Justice Thomas during his hearing before entering his position in the Supreme Court. When he was chosen as Obama’s running mate as Vice President, Biden displayed not only untimely and nonsensical gaffes, but often snapped at anyone who dared to question him on issues that Democrats were completely guilty of causing. To the point of surprising his colleagues as well as those he was addressing, Biden displayed an out of control temper. 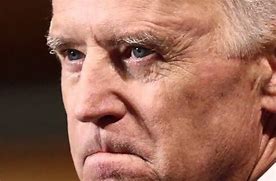 Once again, those who are in charge of PR and engineering a run for office can be very effective at hiding the unsavory side of their candidate such as in the death of his wife who drove out in front of a large truck and was killed in the accident. Biden, was having an affair with his soon to be present wife at the time his spouse died. Despite witness testimony that Biden’s wife had made a deadly decision that had cost her a fatal auto collision, Biden went on a campaign to destroy the truck driver’s life implying that he had been drunk behind the wheel while evidence taken by police showed no evidence of a DWI. Who knows, perhaps Joe’s wife learning of his infidelity, had committed suicide unable to handle the way she had been treated. The new boss same as the old boss

Joe Biden’s handlers saw fit to sculpt a new persona from Biden’s hot temper to that of good old, harmless, Uncle Joe. Now Biden would be perceived as the nice guy whom all illegal aliens could look forward to as being a compassionate old fellow who would gladly welcome them to illegally trespass over the US border while the Democrats vilified the character of President Trump as being mean because he was acting in the interests of the people and upholding federal immigration law as he should have. However, we live in disingenuous times my friends where the lie becomes truth and the truth becomes an abomination! The people today are charmed by the liars and the traitors with forked tongues with carefully refined public images so they can more effectively carry out their illegal activities with impunity! Even pedophelia? 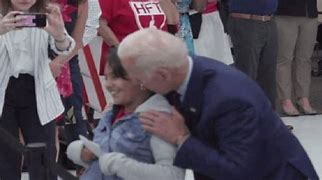 "https://telegra.ph/NATIONALISM-FOR-EXPORT-05-19  Azov fighters have failed and now resort to…"
11 hours ago

"Mercks turn to profit I wonder. Starts to look like they've already got their finger in the…"
13 hours ago

"Correct. Some of these truth diggers are so good they get the Full truth out there before the lie…"
13 hours ago