Convention of States the Only Way Out? 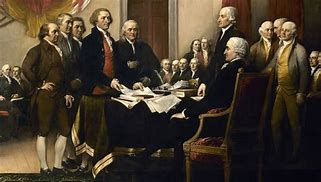 The Fifth Amendment of the US Constitution allows for a tool that frees the states from the tyranny of the federal government once it has gone rogue and no longer serves the best interests of We the People. The Convention of States allows for a consortium of individual states to come together and vote on restrictions against Washington DC as well as state’s rights nullifying the corruption that has been circumventing constitutional law. This would allow the states themselves to adopt legislation that serves the people of their jurisdiction rather than our lawmakers forcing us to pay taxes over deals they’ve cut with foreign governments or woke corporations. 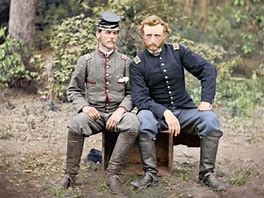 A matter of state’s rights

Since the Civil War there has been a strong debate about state’s rights and where the federal government should be allowed to dictate just how far it should extend its power. Today we are seeing the results of big government gone mad and far beyond there the intentions of our Forefathers have been violated. The state of Texas already has the capability to not only cede from the United States, but to divide into 5 separate states should the people and state officials see fit to do so. With the billions paid by the state of, Texas to a federal government that is doing everything to contradict the Texas economy, one of the greatest in the world, and its security by allowing open borders Texas would be better off, and would even have more prosperity governing itself! 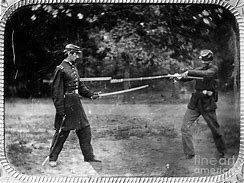 Another false narrative of history

Over and over again we have heard that the Civil War was all about abolishing slavery, but in actuality it wasn’t. President Abraham Lincoln stated that whether or not slaves were liberated his goal was to preserve the Union. As a result, more Americans died in the Civil War the two world wars combined! And for what? Abolition was well on its way. It was inevitable that slavery would end without a war since southerners like Robert E. Lee were already abolitionists, that 60% of slave owners in Louisiana were black, and fewer than 8% of southern citizens had anything to do with slavery. The real issue of the Civil War was state’s rights and in the aftermath, Washington DC punished the south with “Carpet Baggers” who illegally confiscated land while the southern economy was intentionally suppressed by the North. The Civil War was not necessary and merely unveiled a power grab by Washington DC and a number of European nations that influenced the outcome. 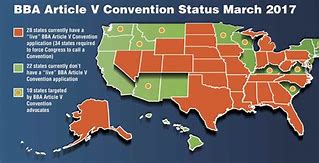 Currently there are 15 states in the union that have agreed to a Convention of States, but it takes 34 states to commence an Article 5 Convention and 38 states total to enact all new amendments that would be voted on to end the iron fisted grip of the out of control federal government upon the people. Of course, most politicians are against a Convention of States and you can see why being that their power base is in the far removed crustal palace of the beltway where they can raise taxes without the approval of their constituents and sell out the country for their own gains. The only danger of an Article 5 Convention of States would be if the left infiltrated with a bunch of RINO’s and betrayed those in attendance as some have argued, but in view of how badly the Titanic we call America is sinking do we really have a choice? A number of conservative voices are calling for it. Mark Levin in particular says it’s our last hope. Aside from a civil war with citizens and militias taking up arms against the federal government along with state law enforcement and National Guards, the federal government would be hard pressed to maintain control, but there are always the treasonous and power grabbing opportunists who would betray those forced to fight for their freedom.

Wait until the midterms really?

We continue to hear from the Republicans that a majority against Biden and his clown staff will prevail in the 2022 midterm elections, but can we really be sure of that after a stolen 2020 Presidential election with RINO’s and Democrats more than willing to uphold the results? How much of the United States will even be left by 2022 anyway? According to those who think they know who the “Deep State” really is, they say Bernie Sanders, Barack Obama, Elizabeth Warren, and AOC are all the main influencers who are dedicated to the destruction of the Republic as we know it, but it goes deeper than that. George Soros, the Communist Chinese, here are the big players with skin in the game, and a die-hard agenda to end American exceptionalism once and for all!

Doc Vega commented on Doc Vega's blog post The Lessons of Pearl Harbor: Have We Learned Yet? Part I
" rlionhearted_3 I have read excerpts from the book and it's a great work. One of the…"
26 minutes ago

"I think you're on the wrong site. People here, by and large, are neither ignorant, nor do they…"
35 minutes ago

Babies don't want nutrient breast milk from a mother foundation. They like pneumonia and we like…
1 hour ago
0 Comments 0 Favorites

Pearl Harbor Have We Learned Any Lessons Yet Part II

Chris of the family Masters posted blog posts
15 hours ago

rlionhearted_3 commented on Doc Vega's blog post The Lessons of Pearl Harbor: Have We Learned Yet? Part I
"This author is an expert. Great books. At Dawn We Slept has a chapter titled Pearl Harbor: Warning…"
22 hours ago

rlionhearted_3 favorited Doc Vega's blog post The Lessons of Pearl Harbor: Have We Learned Yet? Part I
22 hours ago