Drones UAV’s and Tensions on the Straits of Taiwan 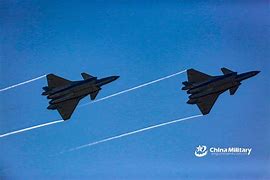 Recently an unprecedented number of Chinese Bombers escorted by 19 J-16 fighter jets entered Taiwan’s ADIZ (Air Defense Identification Zone) and US built F-16’s were scrambled to intercept the formation by the Taiwan Air Force. Two Canadian Royal Air Force cargo planes were harassed by Chinese jet fighters using reckless tactics to do so. On one of those incidents, a Chinese fighter pilot fired at a point in front of the Canadian aircrew causing alarm. A US destroyer in the South China Sea was swarmed by a cluster of UAV’s a few days ago causing confusion among the crew and radar operations. 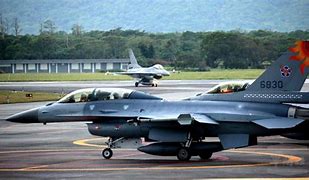 These aggressive moves by the Chinese military demonstrate intent on testing the readiness of Taiwan’s defense forces and study of the tactics used to intercept incoming Chinese aerial formations. These moves have also made some question what the consequences could be for Asian nations and partners who would participate in a war with China should annexation by force take place. In January of this year the US launched 3 carrier groups, their supporting ships, and a massive deployment of fighter, bomber, and reconnaissance aircraft intended to send a message. The exercise in the Philippine Sea was intended to send mainland China a signal of what America can bring if necessary. 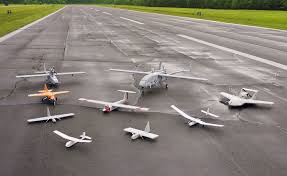 Some experts are now advising Taiwan that in the event of an attempted invasion by the Communist Chinese that they should destroy their microchip infrastructure to prevent China from capitalizing on western markets, but more so, the US who buys 66% of all the microprocessors manufactured by Taiwan industry. In this event, US manufacturing capability would come to a standstill without the chips it takes to make cars, appliances, and electronics. This would be an existential threat to America. 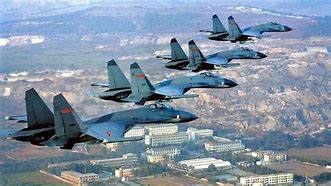 Although there has been much talk about the hyper glide vehicles, and hypersonic missiles, the most effective attack strategy that minimizes the loss of valuable pilots and even the vessels needed to launch them such as aircraft carriers could be UAV’s (unmanned aerial vehicles) and drones (unmanned fighter and bomber mission aircraft). These two forms of aerial assault would be economically viable, could easily swarm enemy bases, sea vessels, and act as antipersonnel weapons without having to deploy troops and other war time personnel into harm’s way. This could be an awesome way of projecting power while lowering risk to large numbers of key personnel such as assault troops, naval operators, and US Air Force pilots. Besides, these miniature aircraft are almost impossible to detect on radar and can hover a long time over targets.

Hopefully, the very threat of deployment of this massed and economic assault capability would discourage Chinese ambitions for a bloody reunification. In the event that the US can sell and distribute this technology to all of its allies in the Pacific theater of operations, a huge network of retaliatory response could be deployed quickly and with minimum exposure to human life for the allies who do have much to worry about with the Biden Administration’s demonstration of uncertain foreign policy. Japan, Australia, the Philippines, Vietnam, South Korea, Indonesia, and Malaysia could all be affected by a conflict with China, especially if the US backs down from its commitment to defend Taiwan. Recently a plane load of US Marines landed on Taiwan for training purposes and Chinese propagandists announced that this caused a major imbalance in the peace time co-existence of the super powers. However, with Russia destroying Ukraine and receiving Chinese aid, one can only imagine just what balance of peace really exists. China had already been experimenting with using clustered UAV’s as anti-personnel weapons themselves. 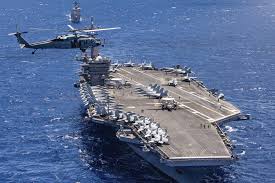 Doc Vega commented on Doc Vega's blog post This is What Happens When You Abandon Your Allies in Afghanistan
"Why is this relevant? Are you deaf dumb and blind? Bagram Air Base a heavily built militray base by…"
7 minutes ago