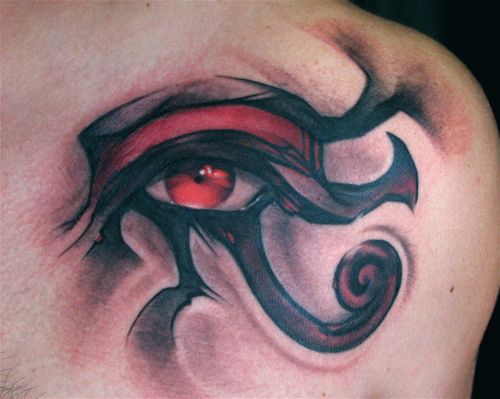 Ra is the ancient Egyptian sun god, the ‘true’ meaning of the name is uncertain, but it’s thought that if not a word for ‘sun’ it may be a variant of or linked to words meaning ‘creative power’ and ‘creator’, so more like the sun is God.[1]

“Hoo-rah” or “Ooh-rah”, and also spelled U’rah, is a spirited cry common United States Marines have yelled since the mid 20th century. [5]

Lady Gaga seems to know all things Masonic & Illuminati linked; as she too uses the; ‘Ra, Ra...’ call, as remember the play on words are everywhere and that subliminal messages come in many forms and guises.  It must be said, when we use many words, expressions or noises, we haven’t really a clue where, or why we’re using such terms or jargon in the first place, though it’s inherent to all of us.  Ra, Ra, is hardly a case of just being melodic, or simply a chant, - as the ‘Ra, Ra’, obviously had to have had an origin of reference and meaning, and quite differently to that of hmm, or la.

However in her song titled; Bad Romance, she sings: “Ra, Ra-ah-ah-ah, Roma, Roma ma...” – [I wonder what the Roma means, - as in the Catholic Church, Roma people, or her Roma caravan!] Followed by such lyrics, though not necessarily in this order: “I want your ugly, I want your disease, I want your everything, as long as it’s free... I want your love, I want your revenge, you and me-could write a bad romance..., I want your psycho..., baby you’re sick...” etc [2].  Though it’s a great catchy tune, I still don’t quite like the idea that my young niece could be influenced into thinking these are the kinds of qualities they should want in a man, - whilst in between knocking her about the kitchen and blackening her eyes.

Then there’s an old tune; “Ta-Ra-Ra-Boom-De-Ay”, written in 1889 by Samuel R. Ireland, - the Sigma Chi fraternity sing this tune with their own lyrics, in which part says; “In fifty-five she had her birth, in seventy-two she owns the earth; On judgment day whon’t we feel big, Old Gabriel will be a Sig. Ta-ra-ra-boom-de-ay! Ta-ra-ra Sigma Chi! Ta-ra-ra-boom-de-ay! Ta-ra-ra Sigma Chi!” [3]

The Lambda Chi fraternity has one that goes: “Let’s give a hip hip hoorah [y], for dear old Lambda Chi, Let’s give a hip hip hoorah[y], and shout it to the sky.  We’ll make the rafters ring when all the brothers sing, about the cross and the crescent, it’s the grandest thing”. [3] I love these fraters and their hidden meanings and play on words, that many of them don’t even understand the origins themselves.

To me the sound and combination of the; Ra and Heru-ra-ha etc., sounds like the celebratory toast; Hip-Hip Hoorah, pronounced or even spelt; Hooray, Hurrah, Hurray etc., and I’ve often wondered whether   it was a derivative, or a kind of off-shoot and term, or the way of acknowledging and announcing the name of God, as in the case, - for the sun god Ra? - Hip-Hip Hoo’rah/y is the traditional response to; Three cheers for... in many cultures, with the initiator intermittently calling out; Hip-Hip, and each three occasions, the crowd responds; Hoorah/y. [1][3][5]

Some authorities claim that the word ‘Hip’, [5] stems from an early Latin acronym; HEP - Hierosylma Est Perdita, meaning; ‘Jerusalem is lost’ [in that context it could be argued that Hip-Hip-Hoo’rah = Jerusalem is lost, Jerusalem is lost- Oh God.], and said to have been a rallying cry of the Crusaders.   Though “Hip-hip”, or “Hep-hep” is equally at home as a traditional herding call of shepherds and farmers in general, when grouping or controlling their livestock.

It’s also a term that gained notoriety in the Hep-hep riots, which were early 19th century pogroms against German Jews. [5]

And on a much lighter note, I can now see the ‘Ra sun god’ link, in the Mike Leigh film called; Happy Go Lucky, starring Eddie Marsan, in which during a driving lesson, where he teaches a character named Poppy to drive, he keeps pointing out the basic rule: “En Ra Ha”  At first I thought it sounded similar to some of the above Ra’s and Hoorah’s etc.,  though it turned out to be a metaphor of Marsan’s own; ‘All-seeing eye’ that he uses, - which was the triangular vision in one’s car, - the rear-view mirror, followed by the left and right side mirrors, so;“En, Ra, Hah!”, he’d persistently snap at Poppy, as a constant reminder to check her ‘triangular perspective of all around vision’.

And the next time you hear someone, or yourself say; “Amen”, after a prayer, little might you realise it’s connection to the Sun God; Ra - Amun-Ra”. – ‘Amun’, reconstructed Egyptian Yamānu - also spelled Amon, Amoun, Amen, and rarely Imen.  Greek; Ammon, and Hammon, - was a God in Egyptian mythology and Berber Mythology who in the form of ‘Amun-Ra’ became the focus of the most complex system of theology in Ancient Egypt.  The sacred animal of Amun was originally the Goose, and was sometimes known as the Great Cackler.  Later, Amun was more closely associated with the Ram, a symbol of fertility, as well as other animals or creatures. – Amun. [6] [7]

[1] "Ra (Re)". Ancient Egypt: The Mythology. http://www.egyptianmyths.net/re.htm. "His name is thought to mean "creative power", and as a proper name "Creator"."

Free copy of Trapped in a Masonic World in PDF format - 'Warning Over 18yrs Only' - do share; http://m.friendfeed-media.com/d00495e5f7afc74daa5a6a521aada39c9c52315e - This book contains numerous expletives, derogatory terms and insults, aimed at many groups, organisations and people in which you could quite likely find yourself being among one or more of those categories. Don‘t try and judge the book by its cover, or should I say title, - as some already have and therefore have assumed there is some kind of... undercurrent racist agenda here within its contents, when in fact you‘ll see it‘s quite the opposite. Though if you are devout in your religious beliefs, whether you‘re Christian, Muslim, Jewish or from any other faith, it might not be your cup of tea, as I'm an agnostic, borderline atheist. - If you're a member of a secret society, a corrupt world leader, MP, policeman, civil servant, - a paedophile or child abuser in general, - then I‘m afraid it‘s highly likely you will find this book extremely abhorrent, very insulting and bad for your blood pressure. So with this in mind I therefore recommend you DO NOT read on any further than this page.

JOIN US – Surely it’s not too much to ask; to wish to live in a world where our governments are sincerely transparent and fit for the 21st Century, - and not remain in circa 1776. http://www.causes.com/causes/643665-ban-members-of-secret-societies...

There is a hyphotesis that our sun orbits the Sirius system. Sirius with its white dwarf companion have three times the weight of our sun and are relatively close at 8,5 light years from us. Freemasonry is based strongly on ancient Egyptian star worship. The star worship consists of different levels of understanding

1. Sun worship, for the common people

2. Worship of the spirit of the sun

If you follow the masonic G as Gravitation the last principle would be.

4. Worship of the black sun, a black hole in the center of the milky way galaxy.

In ancient Egypt the vocal were not written, only the consonants. King is Rey, Royal is Raial

Thanks for that, I know it very well, great book, I read when I was 25 in 1975, and books such as this made me go down the road I have, and why I wrote Trapped in a Masonic World.  As the joke of the matter is, what Temple reveals and talks about, is widely known about by high level Freemason's, they've known about these "ancient secrets" probably since the pyramids themsleves were first erected.  When I say "they", the Vatican and the most powerful people on the planet like El' lizard'birth II of England, who owns as much land as the Church of Rome itself!

"Until the federal government builds their Smart City, it looks like they are free of electricity,…"
12 hours ago