How To Topple The Greatest Nation on Earth Pt. 2 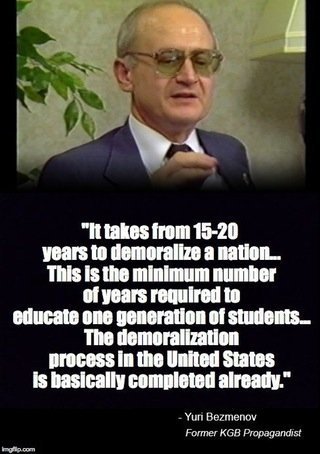 If US history is ever portrayed as it actually happened rather than the revisionism that has been taking place to delegitimize the American heritage future generations will know just how badly the Democratic Party lied, used propaganda, and actually aided America's enemies! Today Democrat, Adam Schiff, who has launched a 3 year political vendetta attempting to unseat President Trump with nothing more than false allegations, lied to the US citizens in live TV falsifying the contents of the transcripts of President Trump's phone conversation with the President of the Ukraine. Attempting to incriminate our President over a routine and completely legal phone call, Democrats falsely portrayed the content of what was said hoping that the low information voter will take their word instead of looking at the actual words that were exchanged right on the transcripts!

Why has Schiff not been charged with fraud, liable, and slander, much less lying to the American public? Why hasn't Joe Biden been charged yet over using 1 billion US taxpayer dollars to extort the Ukraine government into firing a prosecutor that would have found criminal violations over Biden and the money going to Hunter Biden, his son, over business irregularities involving the Ukrainian oil and gas industry? While the Democrats accuse President Trump of trying to leverage US influence over a foreign government, why hasn't Hillary Clinton, the acting Secretary of State, who brokered the sale of 20% of the US supply of Uranium to Russia has gone unprosecuted!

To make matters even more diabolical, the Deep State, the Obama holdovers of John Brennan's intelligence agency have continued to wage war against our President and the GOP's efforts to continue resurrecting the US economy after 8 years of Obama managed decline of our nation! Why would the Democrats want to obstruct the best interests of the American people and our country? This is all an example of the very instructive revelations of former KGB agent, Yuri Bezemnov, and how the Russians achieved the demoralization of the people and their governmental officials! Once the indoctrination process has come to its fruition! America in on the brink. The very tipping point of our Constitutional Republic is at the point of a final showdown! The globalists, the left, the LGBTQ, the domestic Jihad, and the Democrats, all aligned to transform America into a socialist regime under the "Big Lie" of social justice, are knocking at the door!

A line in the sand

The only thing standing between a global government taking control of the world implementing the ravages of socialism are President Trump, the conservative radio talk show programs, and the remaining 10% of right-wing TV broadcasting! In order for a world government to succeed America must be stopped. The US must be forcibly overthrown or destabilized from within! If America remains strong and sets the example of capitalism and the American way of life as a world standard of freedom, a global government cannot succeed! America will always be targeted because it represents a threat to the Communists, to the Muslim Brotherhood, to the radicals who are so anxious to destroy individual freedoms and voter elected leaders!

High stakes for the Republic

If the Democrats succeed in corrupting the next election, if they can convince enough low information voters, allow illegal aliens and relocated refugees to vote, and create enough voter fraud, America will cease to be the only remaining beacon of light and a new dark age of Global Government will cast a shadow of prison planet tyranny for years to come! All of the elements of indoctrination have been in place for too long, public education funded by our government, 30 years of children exposed to leftist propaganda unable to distinguish between what makes our country great and the murderous history of Communism is nearing a critical point where the evil must be defeated and not allowed to succeed or our future plunges into corrupt Democrat rule of higher taxation and loss of all freedom of speech with all the disastrous implications that would be inevitable. Will the forces of good prevail? 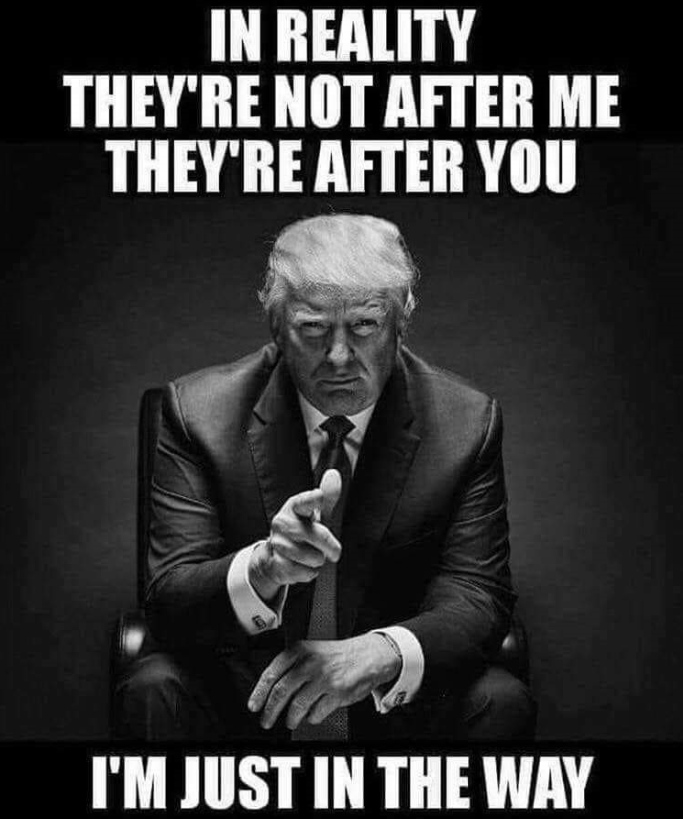 And it's not just America. Actually you are the last citadel of freedom.

Doc, I agree and it's been documented by many.

Foundations -Their Power and Influence, by Rene A. Wormser

Tragedy and Hope by Carrol Quickley, a mentor of Bill Clinton

The Deliberate Dumbing Down of America By Charlotte Iserbyt

why did I get started, seems there is no end to it...

Les, since the beginning of the 20th Century our very own educational trusts such as the Carnegie Foundation, Ford Foundation, etc. were trying to implement Communism in the classroom under the John Dewey doctrine, the fucker should have been shot!

It is not as simple as to equate Russia with Communism. It is true that they fell under Communist totalitarian rule in the Bolshevik revolution in 1917, but that revolution was not a work of the Russian people. What happened in New York in the years preceding the revolution? Wall Street and the Bolshevik Revolution by Antony Sutton

The rotten roots of Communism grow from the Usury Cabal.

USURY, A Scriptural, Ethical and Economic View BY CALVIN ELLIOTT PUBLISHED BY THE ANTI-USURY LEAGUE

Diana you are spot on! If not for Ronald Reagan we would all be stating out allegiance to Russia and drinking Vodka for breakfast because life sucked so bad!

Yuri Bezmenov said that a long time ago and nobody listened (the 80s?).  What a shame.

Central Scrutinizer commented on Chuck Smith's blog post WASHINGTON THEATER PRESENTS- "TRUMP V THE DEEP STATE!" a never ending distraction. By Smithfix
"Long legged Mac Daddy Faggot himself said it best... "We are the ones we have been waiting…"
12 hours ago

The Trump Administration has given more than HALF A BILLION DOLLARS to APIJECT. HERE IS WHAT THEY…See More
13 hours ago
0 Comments 0 Favorites