It's true: a new Gestapo is being established in Finland

Even such news, which a year or two ago would have seemed completely strange and incredible, is no longer so surprising when there is a big picture in mind, into which they fall into place. One such is the Finnish administration's announcement of the establishment of a new secret state police. 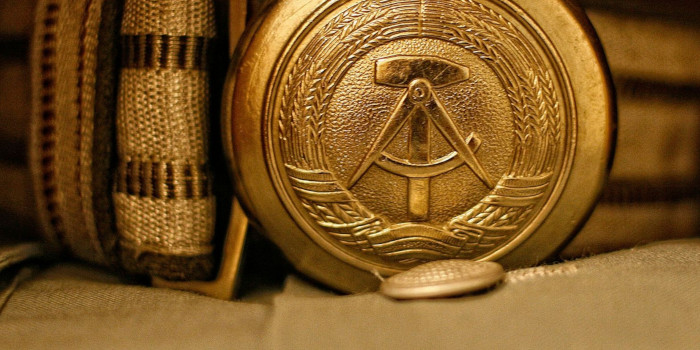 There is a secret state police (Geheime Staatspolizei in German, or Gestapo for short) based in Finland. Like all dubious ventures, this too begins innocently enough with more or less well-made and limited scope. And then, once you've got your foot in the door, you can slowly move forward.

So far, for example, the establishment of a separate organizational unit is not proposed, but only that people could be recruited into already existing units in secret from the public. But you don't have to have watched thousands of movies and TV series to understand how the plot will progress in the future. And if you still happen to learn something from history, that's always better...

Of the mainstream media, at least Yle has reported on the matter. The government's proposal to amend the Police Administration Act will be available on Finlex's website possibly already tomorrow. As of this writing, the site was last updated yesterday.

It is surely just a coincidence that this news falls on the same day as the announcement of the state budget, which promises an additional child benefit for December and a reduction in the VAT on electricity [and this is peanuts really, compared the inflation and especially the ten fold energy prices compared to the past years].

Bulletin of the Government

The State Council says today 1.9. in its published announcement:

"Certain positions of the "protection police" [this is a literal translation from the original "suojelupoliisi", that in reality is an "intelligence" service, but having a little to do with intelligence nor service to the people, I'll use a term "Secret Police" in the folloging text]  could be filled in the future without public recruitment, if the nature of the task necessarily requires it. A similar procedure could also be followed in the recruitment of certain positions of the central criminal police and local police. The State Council issued on 1.9. the government's proposal to the parliament to amend the law on police administration."

The announcement further states the following:

"The non-public procedure would only apply to those Secret Police positions where there would be a special need to protect the task and the identity of its supervisor from the beginning. Also, the position or official relationship of the central criminal police and the local police, where the duties include information source activity, fake purchase, covert activity or witness protection tasks, could be filled without a public application process, if the nature of the task necessarily requires it.

With the civil intelligence legislation that entered into force on June 1, 2019, the Secret Police became more clearly an intelligence and security service. That is why it is reported that there is a need to revise the regulations related to the recruitment of the personnel of the Secret Police.

"The recruitment of civil servants performing certain tasks and the performance of their official duties are made significantly more difficult or completely prevented if the information about the person is public."

Due to changes in tasks and operating environment, according to the state administration, the operational capacity of the Secret Police personnel to perform their tasks must now be secured by "different means", one of which is enabling non-public recruitment. According to the government, the changes ensure the effective and appropriate application of intelligence legislation.

The police works in cooperation with other authorities to maintain security [it used to protect the people, but is now turning against them]. Among other things, the "changed operating environment" of the central criminal police and the local police, the internationalization and professionalization of crime have caused, according to the state administration, an essential need to protect the personnel, methods and information recruited for the defined tasks.

There is a public application procedure for filling executive positions

ALAN JONES HITS THE NAIL ON THE HEAD WHEN IT COMES TO KLAUS SCHWAB AND THE WORLD ECONOMIC FORUM.

Alan Jones hits the nail on the head when it comes to Klaus Schwab ...

Right you are ,if these inbreds had any real power they wouldn't have to sneak around like thieves in the night.

Steve, they do it little by little, like a fisher reeling the catch in, tiring it. There are some problems in it too, doing it too quickly breaks the line and the fish escapes. Keep the line too slack and the result can be the same. These people are cowards who prefer to work in the shadows, agents of darkness. They know they are a minority that can be swept away if the ignorant flock wakes up.

It will soon be open season on 87,000 armed money grubber agents(IRS) . All these cowardly pricks do is run their fkn mouths and issue idle threats, hey joe biden why not just OUTLAW ALL GUNS then send your boys out to get em you fkn potato headed fool.

The naming of the American Secret Service is almost too revealing. They like to put things out in the open so that we can all see what they are up to, the Usury Cabal.

CIA - the all seeing eye on top of  the pyramid, just like in the dollar bill.

It is a perverted world where "intelligence" can mean torture and assassination, the wet jobs. Pedophilia, drugs and all kinds of corruption isn't strange to them either. Now we have it  in Finland also, welcome Freedom & Democracy (TM)...

Terrifying.  In the US, our government has publicly threatened us with F-15's and nukes on several occasions.  The "Soul of America" speech labelled anyone who disagreed with the administration a "clear and present danger".  Our "Gestapo" is probably too secret to talk about in public and is recruited from the existing psychopaths in the established "intelligence agencies".

cheeki kea replied to Parrhesia's discussion US military aircraft circled Nord Stream incident site in September
"Wow they are not just hammering down on Germany but all Europe will suffer. "
1 hour ago

Sandy updated their profile
9 hours ago

steve commented on steve's blog post PLENTY OF NATURAL GAS AND OIL TO LAST THOUSANDS OF YEARS - ROCKEFELLER INDUCE IDEA OF SCARCITY
"ralfy, in the information age there is no excuse for your blatant ignorance thats BILLION OF NET…"
16 hours ago

ralfy commented on steve's blog post PLENTY OF NATURAL GAS AND OIL TO LAST THOUSANDS OF YEARS - ROCKEFELLER INDUCE IDEA OF SCARCITY
"The catch is energy return. There's around four hundred years' worth of oil underground…"
17 hours ago

"Fauci is such a pompous asshole.   When government scientists are receiving royalties,…"
18 hours ago

"TUCKER CARLSON: What really happened to the Nord Stream pipeline? "According to the Canadian…"
21 hours ago

Kentucky Sen. Rand Paul joined 'Kennedy' to discuss his recent clash with Dr. Fauci over the origins of COVID-19 and his promise that Republicans will invest...
21 hours ago
2 Comments 1 Favorite