Europe has suffered of ever strictening gun laws and increasing violent crime caused by immigration of unadaptable population from vastly different cultures. People are defenceless and the police doesn't protect the law abiding citizens but rather turns a blind eye on crimes done by violent immigrants. Rabbi Menachem Margolin has a solution to this problem: "Let the Jews carry guns".

Read more about this wonderful idea

As United States is rapidly turning into a vast gaza strip, why should Europe be left behind?

Wonders of multiculturalism in Europe

"The rabbi said that the campaign to license arms has received positive comments from the Jewish community, with most people saying being armed with a weapon would allow them to feel more secure. "

Those not possessing of empathy are NOT human. They could be best labelled another predatory / parasitic species, that mimic humans.

You are right, it is them or us - the danger is, that their mentality is such, that if they knew they have lost, they would seek to take everything with them - i.e destroy the world entirely.

Sadly, the majority would not defend themselves when faced with predatory aggressors - even if the situation required it -  the PTB have engineered that through years of propaganda.

There is something seriously wrong with the human species or at least with some greedy parasite class of it, a faction that has taken us over. Human species, often presented as the highest form of life on earth, is insanely self destructive and has been that way for thousands of years. Animals very seldom exercise such collective madness as the human species in their wars, killing millions of their own kind. It is difficult to see a species involved in such insane activities as sane, let alone intelligent.

Yet we have many beautiful examples of the positive side of humanity in altruistic behaviour in complete opposite of the collective madness of war. It seems that the human species is a bipolar one; greedy psychopaths on one extreme and altruistic individuals on another. Those extremes represent a tiny fraction of us, most of us falling in the middle as manipulated masses, some conscious and most deep in their illusions.

Why would a supposedly intelligent species be obsessed with self destruction? It does not make any sense as this kind of behaviour does not support the existence of the species as a whole. Why would a species exercise self destruction? The only reason that I can imagine is that part of us does not consider themselves to belong into the same species as the rest of us, thus justifying the slaughter and abuse. Such ideas are present in the Babylonian Talmud and in Henry Kissinger's Realpolitik, among the others.

Our psychopathic leaders seem not to be concerned about the crimes against humanity that they have committed nor do they get accused let alone judged of those crimes. Mankind is led by illusions of freedom and democracy in endless gullibilty. We are led by a tiny faction of greedy monsters totally devoid of compassion and sympathy towards other human beings. They deceive, abuse, torture and murder without regret.

It is time to acknowledge the same what the ruling criminal class has been demostrating all along our history. We are not the same kind but rather different psychologically and in behaviour and mutually incapable of coexistence. They have obviously decided that one of us has to go. It's either them or us. They have the physical resources and illusions on their side. We have the numbers. Which one will perish and which one will survive, only time will tell.

In any case we all, not only Jews, have to get armed in order to defend ourselves. 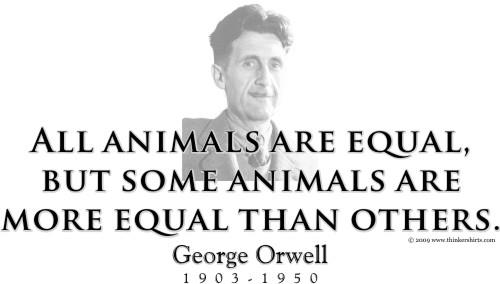 "He's one prick of a prat he is. If you're from Canada you know what to expect from him…"
5 hours ago

luggnutz commented on luggnutz's status
"I'm trying to post a blog. Constantly getting blocked."
7 hours ago

reaking! Dozens of Haitian Caravans Numbering Over 50,000 Have Literally Invaded Mexico & Are Now Surging Over Texas Border Like A Tidal Wave