Germans proved to be a resourceful and hardworking nation in Europe threatening the Anglo American hegemony in many ways. They had to be destroyed just like the French Monarchy in 1789 and that budding democracy in Russia 1917. The disgrace of Versaille did not teach them the lesson, so the second world war needed to be started and manoeuvred so that the Germans would never rise up again. Today, Germany has been under military occupation for 75 years and they have finally learned their lesson. Free speech is forbidden by law and the cultural Marxism is rife. Very sad indeed.

Dresden, a historic town and a war time sanctuary for war refugees from German war zone was brutally destroyed starting on February 13, 1945. Today Germany has 21 US military bases on her ground, a nation is still under military occupation.

"In the last months of World War II, Allied bombers from the British Royal Air Force and the United States Army Air Force conducted several major bombing raids on the eastern German city of Dresden. Beginning on the night of February 13, 1945, more than 1,200 heavy bombers dropped nearly 4,000 tons of high-explosive and incendiary bombs on the city in four successive raids. An estimated 25,000 people were killed in the bombings and the firestorm that raged afterward. More than 75,000 dwellings were destroyed, along with unique monuments of Baroque architecture in the historic city center. The scale of the death and destruction, coming so late in the war, along with significant questions about the legitimacy of the targets destroyed have led to years of debate about whether the attack was justified, or whether it should be labeled a war crime." 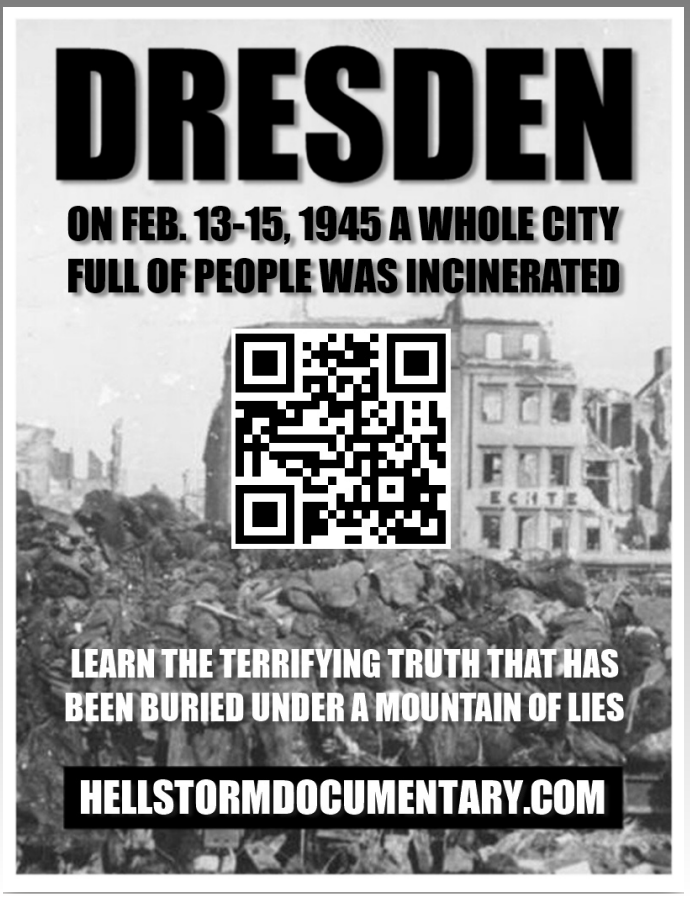 An event 75th Anniversary of the Firebombing of Dresden

"On the 75th anniversary of the firebombing of Dresden and in the year of the 100th anniversary of women’s suffrage, we celebrate women veterans. Come hear a history of women in the armed services and enjoy an evening of original poetry and works of art by female vets. Hosted by former Indiana Poet Laureate Shari Wagner and Indiana Department of Veterans Affairs women’s coordinator Laura McKee."

Watering down the memory of the war crime? I've nothing against the women veterans, but what's the point to mix these two?

I had read Irving but Hellstorm was a transformation into something darker and more sinister. You could say it created me.

Thanks for the book recommendation. I have myself the Hellstorm book that tells the story in a wider context. Those days nations were goaded, equipped and financed to fight each others for the benefit of the pervert Usury Cabal. The world is run by sick perverts. Today the people are further divided inside the same nations to fight over absurd causes. That divide and conquer principle has been driven to an extreme.

The best book I have on this Allied war crime. 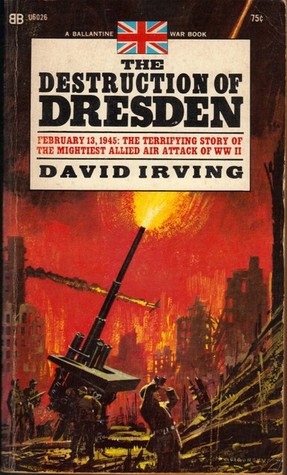 Word of the day. DEMOCIDE

"Gates and co. globalists. ~ the Goalkeepers of doom n' death."
19 hours ago

cheeki kea commented on Chris of the family Masters's status
"I think it will start off being labeled "long covid" with CFS like symptoms. All ready…"
22 hours ago