Robotics A. I. and Drones Part II 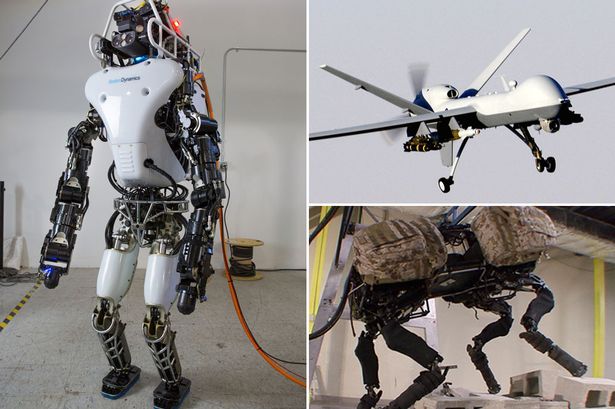 We have already seen the evidence of high tech surveillance and what kinds of gadgets and devices that have been developed over recent years. From smart street lamps on city streets to robotic insects that can spy and transmit real time information to whoever is conducting the surveillance. There is a darker side to this issue. The term “Drones” does not necessarily apply to some unmanned aerial vehicle (UAV’s). We are familiar with remote controlled combat aircraft capable of conducting deadly ground attack on targets, but are also capable of missions such as the assassination of human subjects. President Obama jokingly bragged about this capability on more than one occasion.

Drones will no longer come in the large, medium, or small variety that looks like an aircraft when it comes to their outward appearance and mission. They will take on new appearances and exhibit even more sophisticated functions. Drones will take on the appearance of animals, insects, birds, and even people. They will carry out sensitive surveillance operations and be virtually undetectable! If this is not vexing enough they may also possess the ability to kill a targeted subject. In fact, this capability may have already been demonstrated in some mass shootings at public some schools.

One particularly disturbing incarnation of the drone is what has been nick named the “Slaughterbot”. It appears as a typical 4 propeller machine no bigger than small bird that can hover, observe, and even kill carrying a single shot delivered to the skull of the targeted individual! These slaughterbots are not only small and hard to detect, they can react to the movements of as human being fast enough to evade any attempts at being knocked down, batted away, or damaged as they are simply too fast! Already the US military has supposedly contracted for thousands of these small electronic assassins! They are capable of acting in swarms that can be conveniently dumped into midair from an airplane near a target. While airborne they are virtually invisible due to their diminutive size until they are in close proximity. Analysts worry that terrorists will inevitably get their hands on not only these specialized electronic threats, but the more conventional types as well. Don’t kid yourself into believing that either the mini-drone capability is nonexistent or just fiction.

Yet, is it really just the so-called enemy we have to worry about? What about the Deep State or the “Shadow Government” whom many people are accusing of recent false flag operations conducted against conservatives, gun rights proponents, and even our own police forces during the social unrest that was spurred on in many US cities over so called Police brutality and civil rights abuses while President Obama and his Democrat party fanned the flames of hatred throughout the country! By flying directly at the human or individuals targeted by the Slaughterbot it simply uses a charge with a contact fuse that when rammed into the forehead is as effective as a shot fired from an assassin’s rifle. A surgical weapon such as this could make the use of human assassins obsolete! This deadly device could make counter insurgence impossible and protection of key public officials almost impossible by the typical Secret Service tactics!

Imagine what seems to be an insect hovering outside a window actually using its super sensitive miniature microphone to eavesdrop on conversations. Imagine what appears to be a dog sniffing around in a yard when in actuality it’s a drone! Imagine what appears to be a driver sitting behind the wheel of a parked car actually being a human appearing surveillance device-a drone. With the advent of nanotechnology the miniaturization of electronics may bring even more unimaginable devices too small to be detected at all! Coupling this technology with drone deployment and any illusion we entertain as privacy will be permanently purged from our lives with only the protection of our rights left up to bureaucrats and courts who are supposedly tasked with upholding the US Constitution. This great document for mankind in itself may already be simply an illusion!

A matter of time

As a historical reality we have always noted that secret developments designed for and utilized by the military tend to precede introduction into the consumer market by ten or more years before the watered down version of these advancements finds a way into retail product lines! This, according to accounts made by technologists is probably already the case with robotics as well! The clunky and somewhat human appearing robots that have been introduced to consumers so far may very well be vastly eclipsed in capability by versions that have already been pioneered for military use. The application for super soldiers, impostors, or even decoy entities could well serve missions on the battlefield as well as suburban front. Imagine using A.I. robotic versions for diplomatic visits that would reduce the risks presented to a visiting dignitary in a foreign land. Perhaps the Kennedy assassination could have been avoided had a well working facsimile of JFK been in the motorcade waving to unsuspecting crowds in 1963.

Capacity for the worse scenario

Although technology can be a boon for mankind it can also present deadly threats that in the wrong hands could have far reaching implications unforeseen by the inventors! In a deteriorating moral environment in America and around the world it would seem that such considerations for safety and a more benign type of deployment could give way to evil designs. Those conveniently effective methods could take precedent over what is best for our future as enemies will not stop at such considerations. Much like the atomic bomb being a doomsday device whose own destructive capability causes sane people to refrain from its use, robotics and A.I. could change that logical metric! 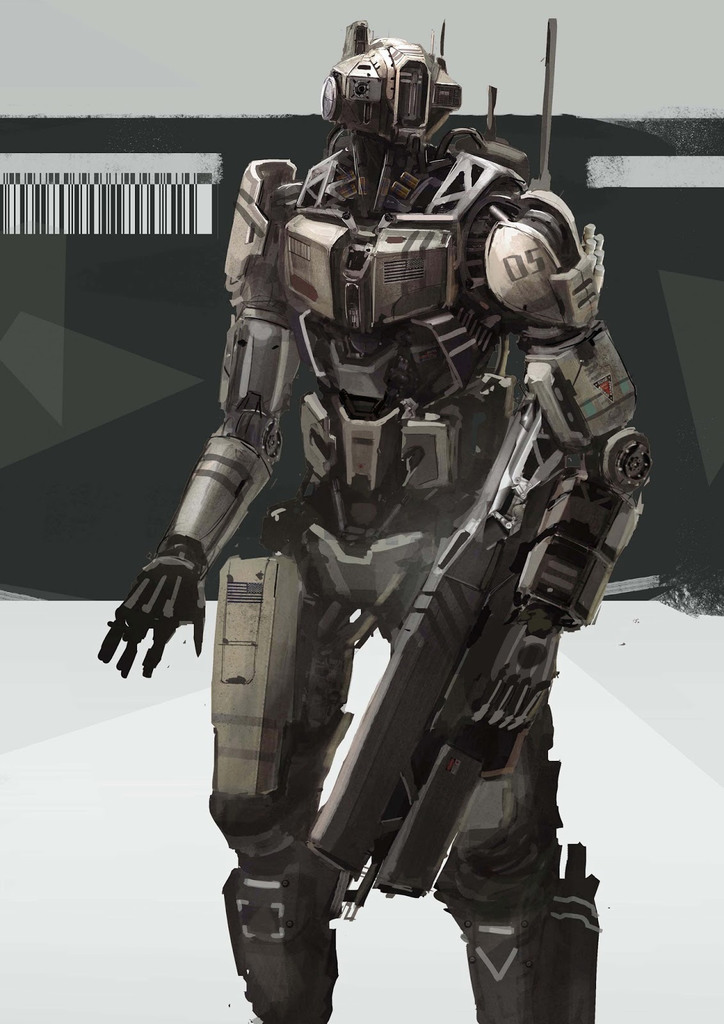 Diana you are so correct. I spoke with a Korean era Army intelligence officer back in the mid 90's and he told me that they would not hesitate to use whatever means necessary having no compunction, as he put it, to inflict casualties!

It's scary to think about what they have that we don't know about.

"Are people (of any race), as a result of this, going to be more receptive when the cops, or…"
1 hour ago

"Excellent find! If the death of Floyd was a hoax, not sure what they're shooting for, so to…"
1 hour ago

"Fortunately, they don't get everything they want. They wanted the "NAFTA…"
3 hours ago

James Roberts commented on James Roberts's blog post The Rioting is Being Staged - Even Minnesota's Governor Agrees, Says International Forces at Work
"cheeki - It is. Someone on the far right who had traveled extensively since the 60s told me (when I…"
3 hours ago

"Interesting bit about Buckingham Palace boarded windows and the crest missing from the gate. Makes…"
6 hours ago

Chris of the family Masters favorited James Roberts's blog post The Rioting is Being Staged - Even Minnesota's Governor Agrees, Says International Forces at Work
6 hours ago

cheeki kea commented on Chris of the family Masters's blog post Sheeple and Covid-19 app.
"It's not sounding promising. I see a very, very unfavourable outcome for those poor suckers…"
6 hours ago

"Excellent news. Here there was due be a protest (5G) in the city but people got warned off by the…"
7 hours ago