The Myth of Male Power for the Western Man Pt. 1

For decades society has been intentionally misled over the supposed power that men have in the western world, in particular, America. Thanks to feminism, leftist disinformation, and pop culture frivolity our society has been convinced to uphold the myth of male power. That men have taken unfair advantage of women, men are the testosterone driven psychos that start wars, rape, pillage, and are generally responsible for all the injustices of the world. Of course Democrats and the left have attempted to secure political leverage from these false narratives. 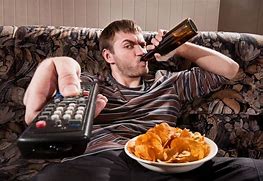 From the feminists who claim that intercourse is rape, that all men are male chauvinists, and that testosterone levels cause brain damage, men are perceived by these indoctrinated individuals as evil opportunists who use their physical superiority to unjustifiably dominate women. That women are paid less in the work place than men for handling similar duties and responsibilities, that the quota of female population percentage in the workforce is disproportionate, and that women are better organizers then men are an example of more falsehoods unleashed for political purpose. There is truth to the theory that men and women each have certain advantages due to differences in the brain itself. Even a MRI scan reveals that in order to solve the same problem women use a different hemisphere of their brain than men attempting to perform the same task.

Of course women are going to be biologically different, even emotionally different than men due to sociological conditioning as well as the evolution of society from the early centuries of modern Homo sapiens faced with family survival and child upbringing. Women are the nurturers and nesters keeping the home tended to. Men were the hunter gatherers who fought to feed the family and gathered the essential food and material so that the wife could care for the children and have a desirable dwelling. Yet, in the 20th Century politics got involved women wanted certain rights such as the right to vote, to dress as they wanted to, to drive a car, to enter the workforce, and even to choose not to have children if they did not want to. These were reasonable demands to be fought for, but even more political perversion was interjected. 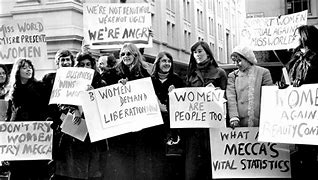 Focusing on assaulting the male’s role

Now it was time to demonize the man in culture, attack his integrity, belittle him as inferior, and blame him for all the shortcomings in society. This division was designed as a political distraction. David Rockefeller, an admitted globalist revealed that the activism of pushing women into the workplace to compete for power against men and achieve self-esteem by making their own income was, in truth, all about getting the full potential of income from the household while men had traditionally been the “Breadwinner” who paid the income taxes, now the government had a 2nd source of confiscated taxation and that was the woman now going to work and adding taxable income to the household breeding a whole new generation of latch key kids. 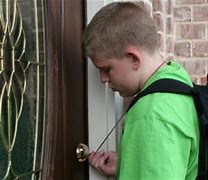 How did all this affect attitudes of both sexes? Many women now under the stress of management positions at work began to get their sense of self-worth from their job or profession rather than their family and marriage status. The new attitude evolved that if she lost her man and her family she always had her career to fall back on. With both parents being tired at the end of the day from both holding jobs, their children suffered from a lack of parental input and presence. Now a new term that epitomized the new rationale of money over parental guidance began to take shape. Now the lie known as, “Quality of time over quantity,” was born. The idea that the absence of both parents at home was made up for with supposedly quality activities would somehow substitute for this abandonment of the children either in an empty house or at a daycare facility. Over the last 3 decades the rise in teen age crime, teenage pregnancy, teenage drug abuse, teenage alcoholism, and teenage violence demonstrates what the lack of parental quantity of time, love, and supervision has done to the American family and society.

Penalized by the courts

The myth of male power you ask? In the event of divorce, for instance, regardless of the woman’s conduct whether she be promiscuous, abusive, neglectful of her children, financially irresponsible, and even a poor bed partner are superfluous in the new adoption of the “No Fault” divorce now a reality in most states. The man loses half of all his assets automatically and no one is held accountable for their behavior. The man shares in the woman’s debt at the time of divorce even if he had nothing to do with it. The man most always loses custody rights to the children unless the woman abdicates that right and awards custody to the man. Then comes child support and alimony which can actually doom the man to crippling court upheld debt that he may never recover from. He also has no control over the way his wife spends money intended to support the children not her partying or designer clothing she spends exorbitantly upon. 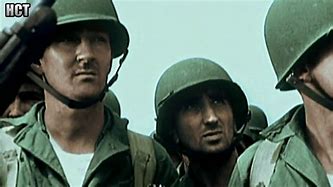 Where is the myth of male power more evident than in war time? The man will be drafted to go off and fight with no compensation for his loss of wages or position at a company while the woman stays home, yet there are now feminist equality advocates who want women on the battlefield when their male counterparts complain that women simply don’t have the strength and stamina for battle conditions compared to the male. However, politics are never concerned with reality only the opportunity to gain votes and campaign funding from non-governmental organizations that draw grant money from the government and from private donors seeking leftist agendas. In battle, the outcome is often decided by the vulnerability of the weakest link. Not to mention the fact that having a minimum of women around men who are sexually denied by military doctrine to have conjugal relationships but now with a few women in their midst there is an unequal disruption that must be endured within the fighting units creating sexual tension! When under combat conditions these kinds of distractions only weaken morale and fighting ability.

How many men have lost promotions in the work place over female quotas that many employers must comply with even though the man is more qualified? The same has been experienced with racial quotas where the color of a minority’s skin allows them an undeserved promotion or salary simply in meeting with some vague government mandate designed to force equality on the job. The loss of male power has increased with the advent of political correctness to the point even at home of the man’s authority as the head of the household is even being dishonored now with the working woman who may consider herself the main breadwinner. One thing the enemies of freedom and America know very well is that if you can’t beat the US economically or militarily you can certainly break down this nation at the most fundamental level-the family. Stripping the man of his authority and traditional strengths is tantamount to that plan. 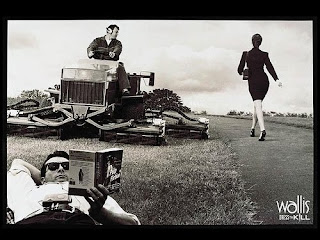 Burbia commented on KLC's group MUSICWARS
"The break down made by this YouTuber definitely deserve to be placed here in Music Wars."
11 hours ago

Parrhesia commented on Chris of the family Masters's blog post Sudden Adult Death Syndrome (SADS) is taking the world by storm
"Vax-idents and SADS, blamed on everything from climate change to Putin, but never any connection to…"
11 hours ago

Doc Vega commented on Chris of the family Masters's blog post Game Over
"One of the reasons California is in drought mode, they rerouted a fresh water river into the ocean.…"
16 hours ago